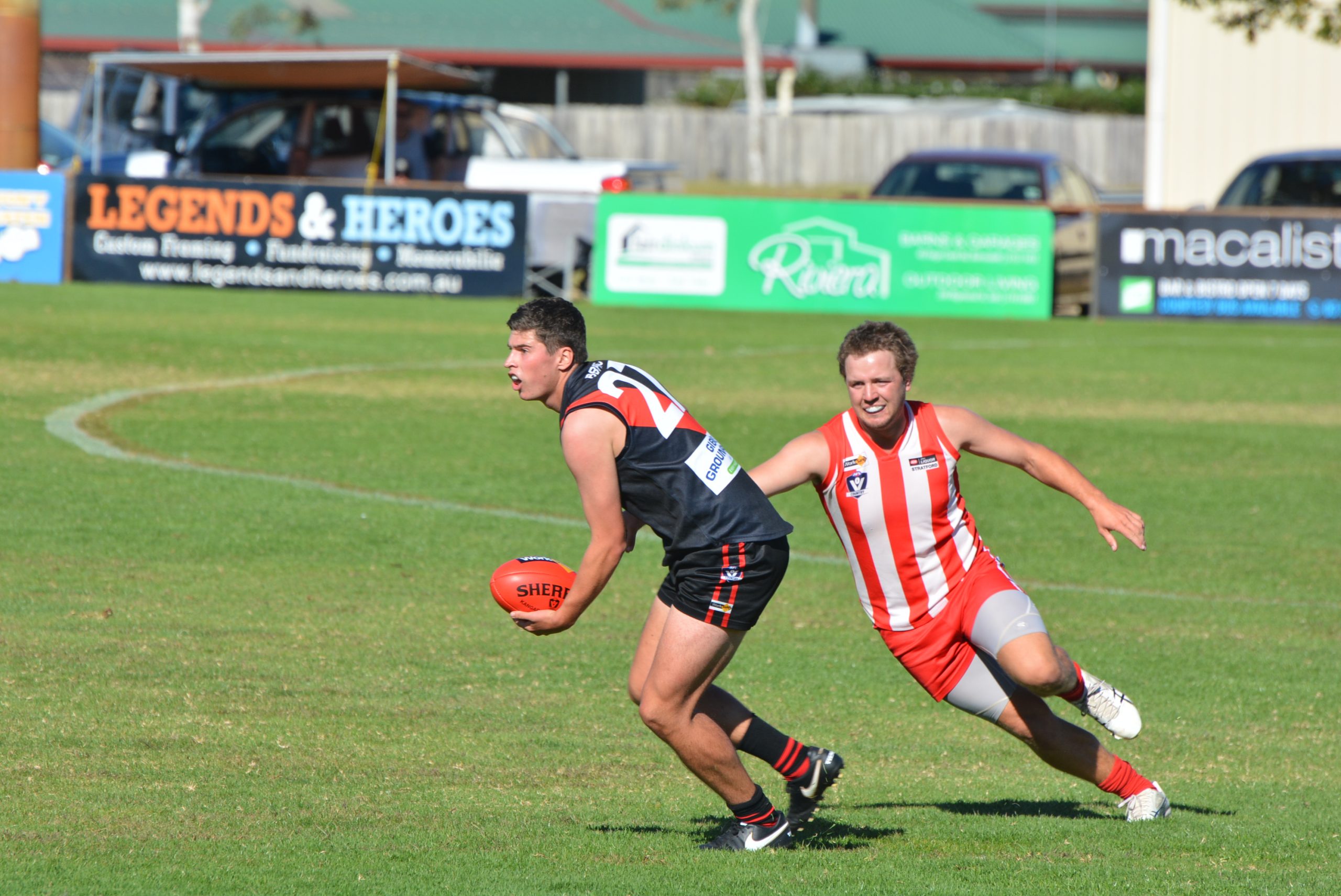 STRATFORD and Lakes Entrance will highlight the opening round of East Gippsland football, when the two sides meet in a rematch of last season’s grand final.

After the Swans defeated the Seagulls convincingly in the second semi-final, they then survived a scare in the premiership decider, trailing at quarter and half-time to win a classic by 10 points.

With relatively unchanged line-ups, both teams will be aiming to again finish in the top two, with Lakes Entrance especially desperate to break its premiership drought, which has now stretched out to 16 years.

LINDENOW will host Paynesville in what may be a close match given the number of departures from the Cats during the off-season.

After bowing out in the first week of the finals by just two points last season, Lindenow will be aiming to get its season off to a winning start, while Paynesville, grand finalist in 2016, could be set for another year of development as the football cycle continues its flow.

The Gulls will be hoping for continued improvement this season, with a pass mark being at least six wins for the year, double what it achieved in the previous.

BOISDALE-Briagolong will make the long trip to Orbost to take on the Orbost-Snowy Rovers.

After missing finals only on percentage last season, the Bombers’ campaign was dealt a cruel blow when star Sale recruit Andrew Quirk injured his knee playing basketball over summer.

The Boisdale-Briagolong hierarchy will be hoping Quirk’s injury does not derail the Bombers’ focus this season, and will be aiming to bridge the gap between their best and worst football under coach Josh Stubbe.

After making the preliminary final in 2017, Orbost-Snowy Rovers had a dramatic fall from grace in 2018, losing nine games by more than 100 points and collecting the wooden spoon in the process. However, the Blues’ solitary win last season was over Boisdale-Briagolong, so spectators may be in for a closer match than expected.

A SHORT drive awaits Lucknow, who will be taking on last season’s preliminary finalist Wy Yung.

After finishing 2018 with a so-so record of nine wins, eight losses and a draw, the Magpies will be looking for greater consistency this season, but will have to cover the losses of many players who have decided to defect to Bairnsdale to try their luck in the Gippsland Leauge.

Wy Yung will welcome a number of Victorian Amateur Football Association players into its line-up, and will be aiming to further the 12 wins the Tigers secured last season.