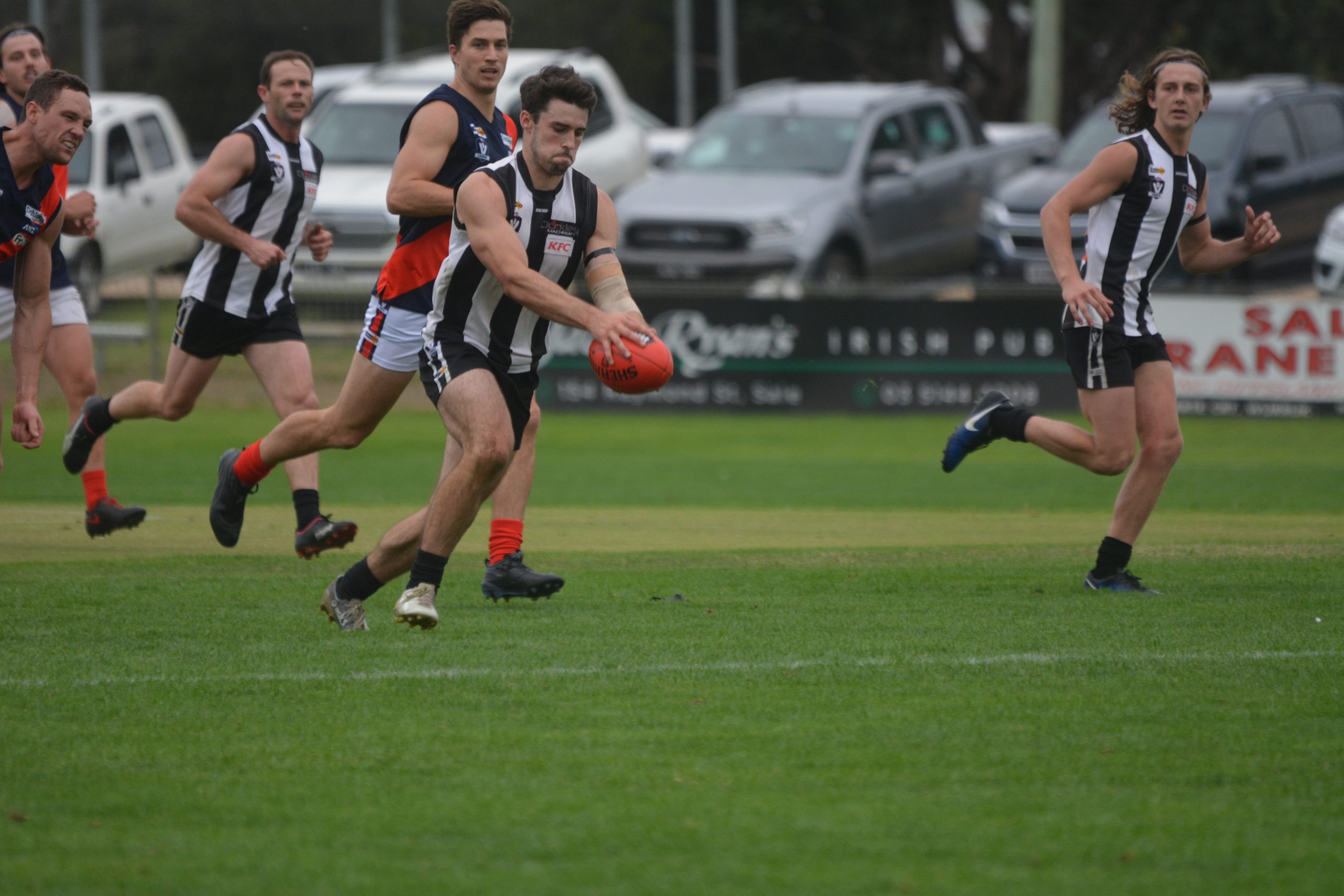 SALE scraped home with a three-point win over Bairnsdale during the first round of Gippsland League football.

The Redlegs, having won their reserves match, were looking to make it two open-age wins in the one day for the first time since rejoining the Gippsland League in 2010.

Scores were tied on 3.2 apiece at quarter-time, until Bairnsdale played better football in the second term, kicking six goals to four, to take the lead at half-time.

A Jack McLindin tackle and goal on the stroke of the half-time siren gave the Magpies some momentum heading into the main break.

Sale clawed its way back to be just three points down at the final break, as midfielders Kane Martin and recruit Tom Hams began to get on top in the midfield battle.

As the final siren drew closer and with Sale holding a narrow lead, it was Martin’s class which gave the Magpies some breathing space, as the left-footer kicked a telling goal in red time to stretch Sale’s lead out to 10 points.

A responding goal and scrappy behind from Bairnsdale brought the deficit back to three points, but the sounding of the final siren soon after denied the Redlegs a chance to go forward again.

Dylan Somerville and Brayden Radford were named the Redlegs’ best.