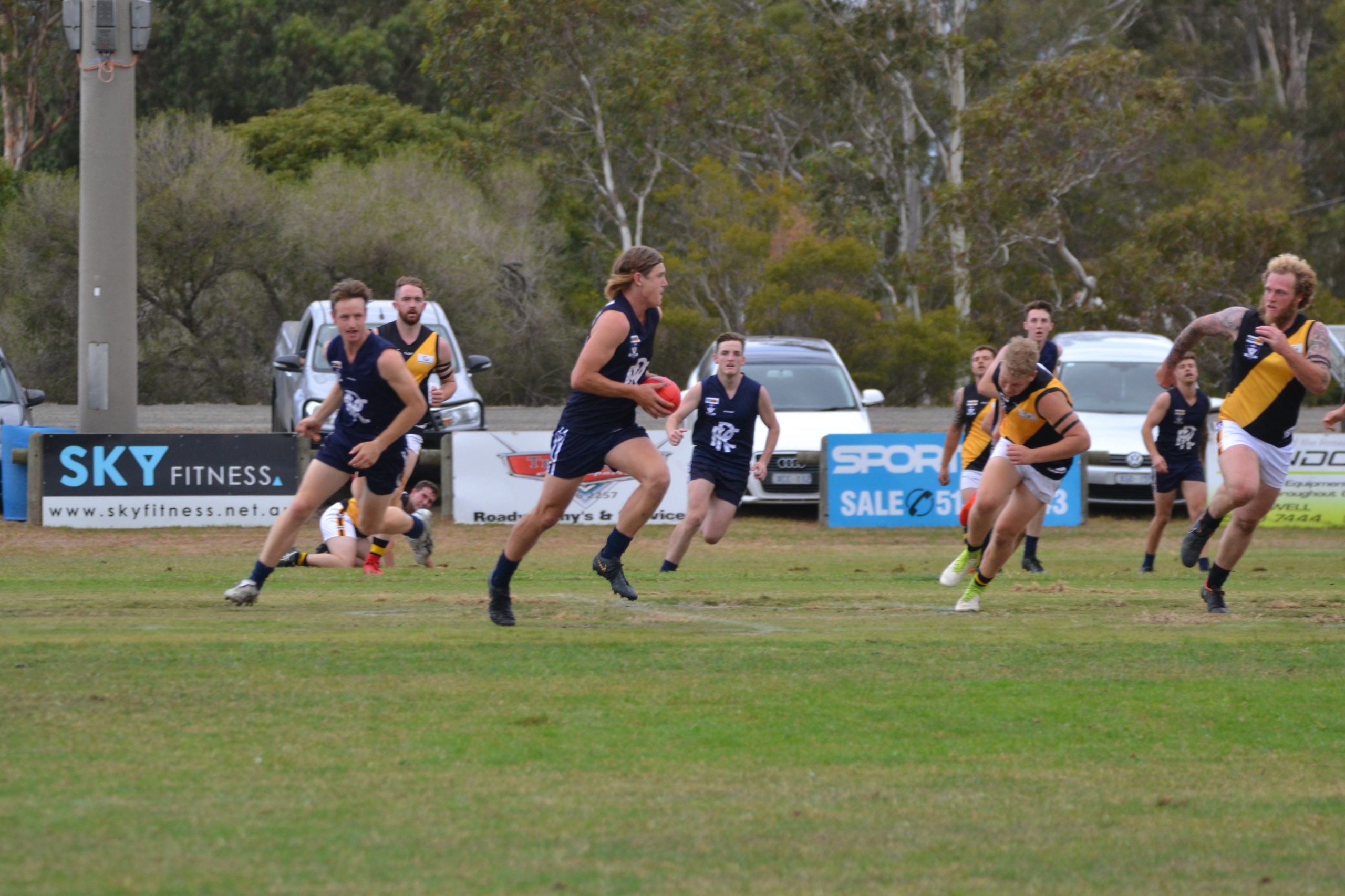 IN a day of big wins to begin the North Gippsland football season, the biggest went to Rosedale, which thrashed Gormandale by 93 points.

The Blues came out of the gates strongly on Saturday, booting five goals in the first quarter to carry a 30-point lead into the first break. The home team increased its lead to 47 by half-time and then pushed out to an indomitable 89-point lead at the final break.

Gormandale was held to just two goals in the first three quarters and while the Magpies managed to add five more in the fourth quarter, Rosedale marched on to a big , 20.23 (143) to 7.8 (50) victory to get its season underway.

In his club debut, Ben Jones kicked seven goals in a best-on-ground effort for the Blues, while Frazar Brouns booted five.

The first half was evenly-matched on the scoreboard with just two points in it at quarter-time and four at half-time.

Goals continued to flow in the third quarter with three to Cowwarr, however, five majors to Sale City put the visitor in prime position.

Josh Barton led all-comers with six goals for Sale City, followed by Jacob Schuback and Nicholas Grainger with three each.

Brad McKay and Joel Hutchins were the Bulldogs’ best players.

Shane Morgan put in a strong performance in front of goal for the Saints, kicking five, with Patrick Tainsh their best.

Glengarry took the first quarter honours, but Heyfield had kicked itself back into the match with a three-goal to two second term.

The visiting Magpies responded after the main break with a four-goal quarter which took them into the final period with a two-point buffer before the Kangaroos bounced into action, holding Glengarry to just two points in the final quarter, while adding 7.4 to run out 42-point winners.

Jack Woodland was outstanding in the midfield for the Kangaroos, working well with Matt Bedggood.

The Kangaroos had plenty of winners in the forward line, led by Nick Woodland and Jesse Bedggood, who kicked five and four goals respectively.

In his first match for the Magpies, Jay Neagle kicked four goals. Colby Morley and Ben Truin were the Magpies’ better performers.

The visitors skipped out to a 28-point lead at quarter-time.

A slightly better showing by the Wildcats in the second quarter narrowed the margin to 25 points at the long break, but it was blown out to 40 points by three-quarter-time and 77 at the final siren.

Tom Crosby and Gary Jones led the way for Woodside.

The Cougars established their dominance over the Bombers early at Gaskin Park, racing out to a 19-point lead in the first quarter while holding TTU goal-less.

TTU got on the board with two goals in the second quarter, but Churchill had already closed the gate with a 53-point half-time lead. By three-quarter-time, the difference had blown out to 73 although a four-goal to three final term saw the Bombers close the gap slightly to 65 by the final siren.

Jacob Albanese and Dougal Williams were best for the Bombers.