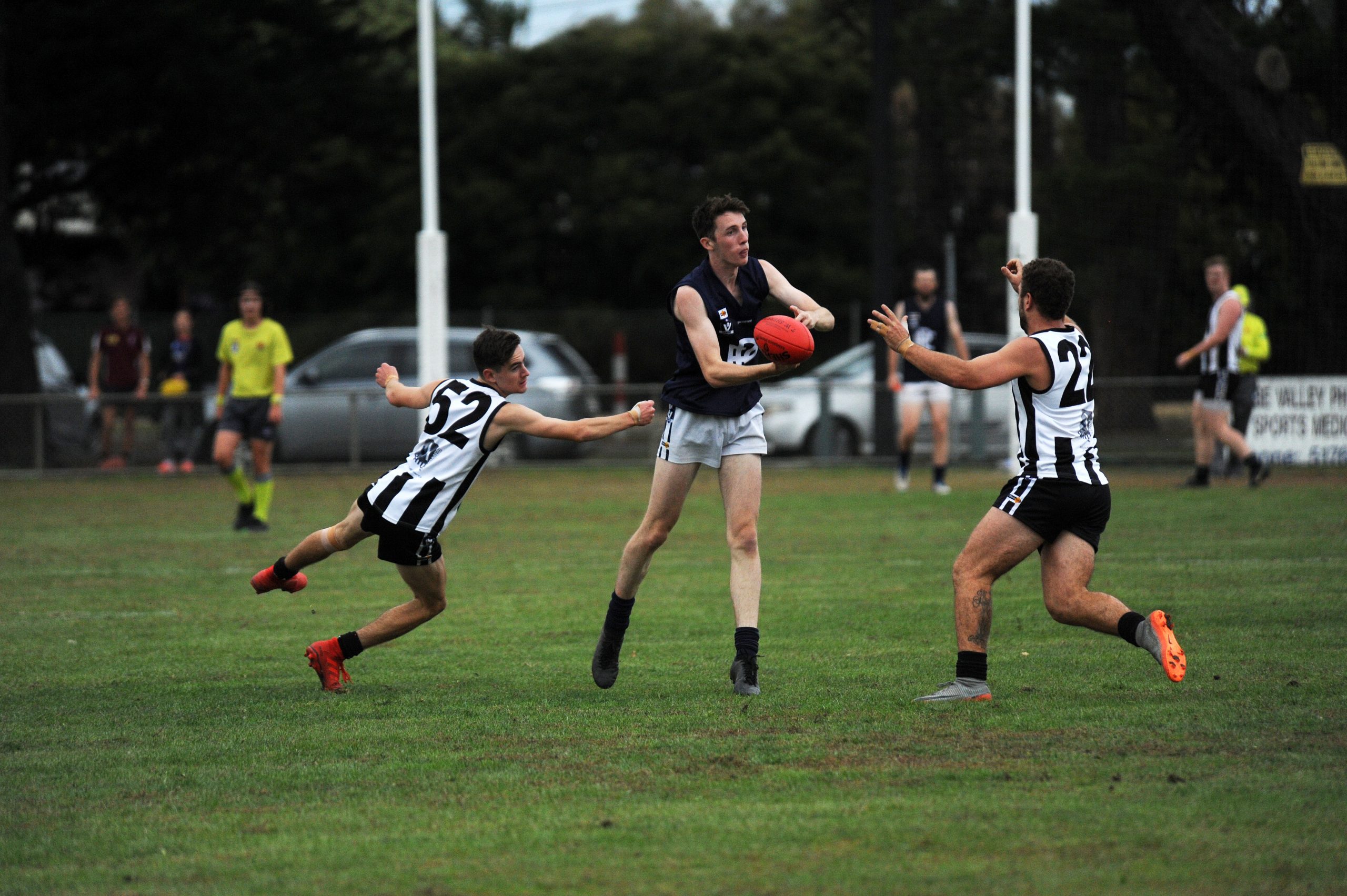 A FIVE-goal haul from Brandon McDonald set Rosedale up with its second win of the North Gippsland football season.

The 74-point victory at Glengarry moves the Blues to the top of the ladder, although premier Yarram has a game in hand.

A quiet first term on the scoreboard, with two goals to the Magpies’ one, was quickly forgotten in the second term as the Blues piled on six majors to blow their buffer out to 41 points at half-time.

The visitors buried Glengarry’s hopes in the third term, with another five majors stretching the lead to an insurmountable 12 goals at the final change and 74 points at full time, 16.17 (113) to 5.9 (39).

The Magpies are win-less after two rounds heading into the Easter break.

TRARALGON-Tyers United recovered from a slow start to defeat Heyfield and record its first win of the season.

The host, down by 11 points at the first change and one at the main break, kicked into gear in the third term, kicking six goals while holding the Kangaroos to three goals in the second half to win 13.16 (94) to 9.9 (63).

Full back Scott Anderson was best for Heyfield, while Nick Dinsdale worked hard in the midfield. Jesse Bedggood and Nick Woodland kicked three goals each.

WOODSIDE proved no match for Sale City, which won by 68 points.

Ben Chivers and Nick Grainger led the way on the scoreboard, kicking four goals each, while best-on-ground Jacob Schuback and Josh Barton each snagged two.

Brock Dyke was the Wildcats’ best players, while Dale Hanratty was their multiple goal kicking, with two.

COWWARR recorded the biggest winning margin of round two, flexing its muscle to defeat Gormandale by 112 points.

The Tigers went into the first break with a seven-point lead, but the glory was short-lived and the visiting Saints stacked on 10 second term goals while restricting their opponents to a single behind to have the game won by half-time.

Shane Morgan, with 12 goals, out-scored the Tigers on his own, and took his season tally to 17 majors.

Daniel Domaille was best for the Tigers, while Steve Burgess kicked three goals.

THE round will finish on Friday, with Yarram hosting Churchill in a rematch of last year’s grand final.