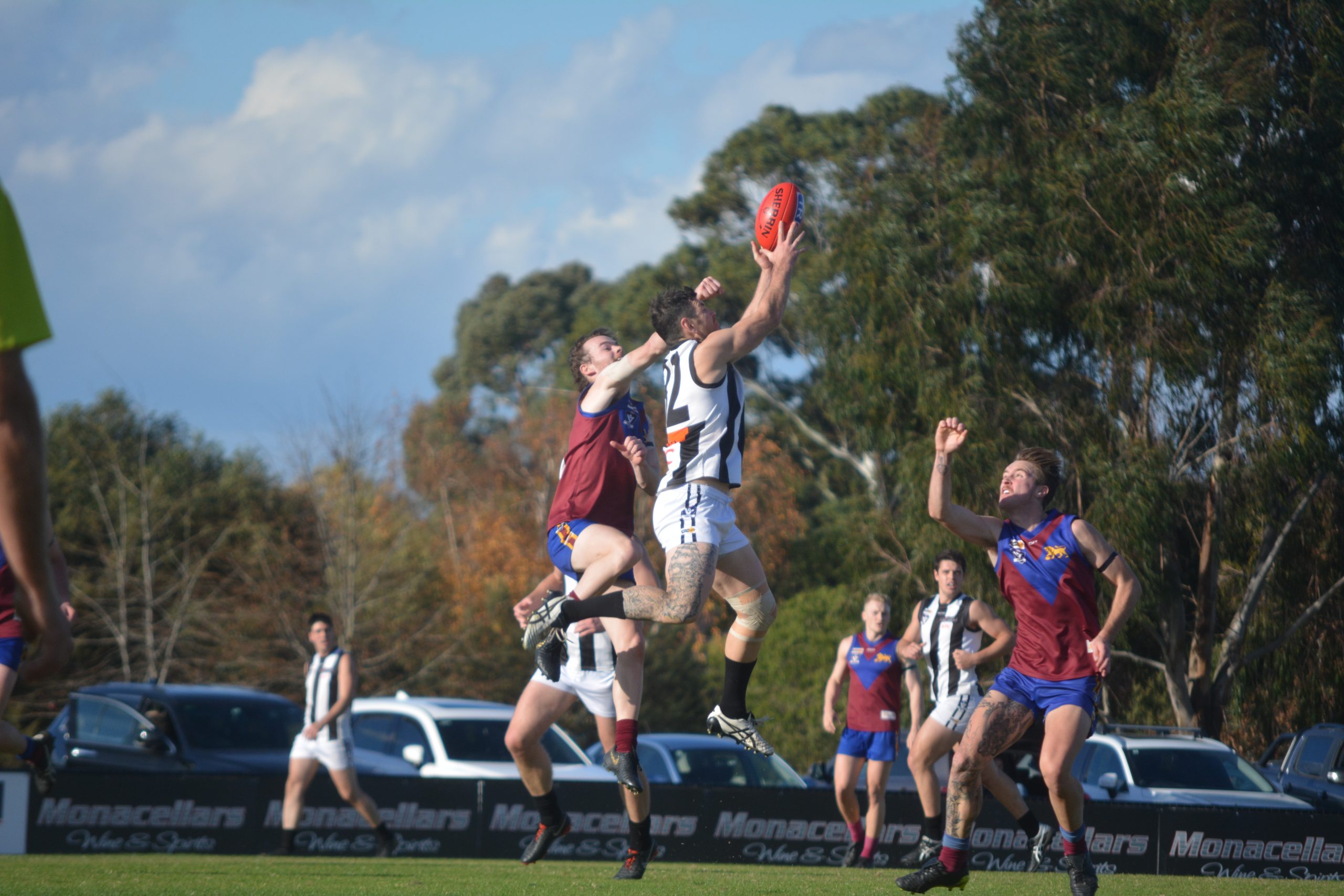 SALE tamed the Moe Lions on Saturday to move to the top of the Gippsland League football ladder.

Sale was missing star duo Tom Hams and Kane Martin, while Moe had its own concerns with AFL experienced pair in Spencer White and Bernie Vince missing.

A big crowd had assembled with the match marking game 350 for Moe’s Peter Ainsworth, while tough utility Jamie Sweeney clocked his first game of 2019, but also his 150th for Sale.

Kicking four first-quarter goals, the Lions jumped out to an early roar, with the ability to get plenty of numbers to the football while backing their system in the back half not allowing Sale to use the ball with any great advantage.

John Gooch kicked Sale’s only goal with a set shot from a tough angle in windy conditions, keeping the margin respectable at 20 points at quarter-time.

Sale forced the game onto its terms in the second quarter, although the Magpies could not gain the ascendancy on the scoreboard.

A clever Jack McLaren snap from strong play up the ground by Wil Leslie appeared to give the spark the Magpies needed.

The Lions’ Mitch Stanlake was causing headaches down back, while the pace of Harry Sim and Jordan Ceppi enabled Moe to continue to transition well. Sale would confront this with the pressure created by Jordan Dessent, Gooch and Jack McLindin enabling the Magpie defenders to press up on the Lions and stopping those easy defensive exits.

Shane Fyfe’s efforts in stopping exits was a big part in the Sale turnaround, which enabled Jack Lipman to take some good solid marks around the ground.

The Magpies jumped out of the blocks for the second half. Mclaren’s sizzling pace and gather off the pack left Sale with three open players in the goal square, with McLindin the one who got the rewards.

Mitch Dowse worked hard forward – his toughness around the contest enabled him to get on the end of a long forward kick and snap a goal. Suddenly, the momentum was with the Magpies.

With the Magpies’ defence looking solid, the visitors led by 15 points at the final break.

Lipman began to grind down Moe big man Dylan Farrell. A couple of nice hit-outs to advantage eased the pressure on key inside man Jordan Dessent who had been outstanding all day.

Brad Dessent kicked three final quarter goals on a tiring defence when the game was in the balance, giving the Magpies a massive advantage.

The Lions would not lay down, however, as James Blaser kicked a classy goal, but it was going to be the Magpies day.

Cooper Whitehill’s pressure acts would result in him running into a loose ball and kicking a running goal, which took the sting out of the game.

Skipper Jordan Dessent’s inside work and telling marks were a clear indication as to why he was the clear choice as the Gippsland League captain the previous weekend.

Coach Fyfe was outstanding across half-back, showing composure under pressure.

Gooch returned to top form, the big forward finding the ball with ease while also placing enormous pressure around the contest. The same could be said of Brad Dessent, who was a strong competitor up forward, taking telling pack marks and kicking five goals.

An early season injury has not curtailed Wil Leslie’s return to form, the utility finding space in traffic.