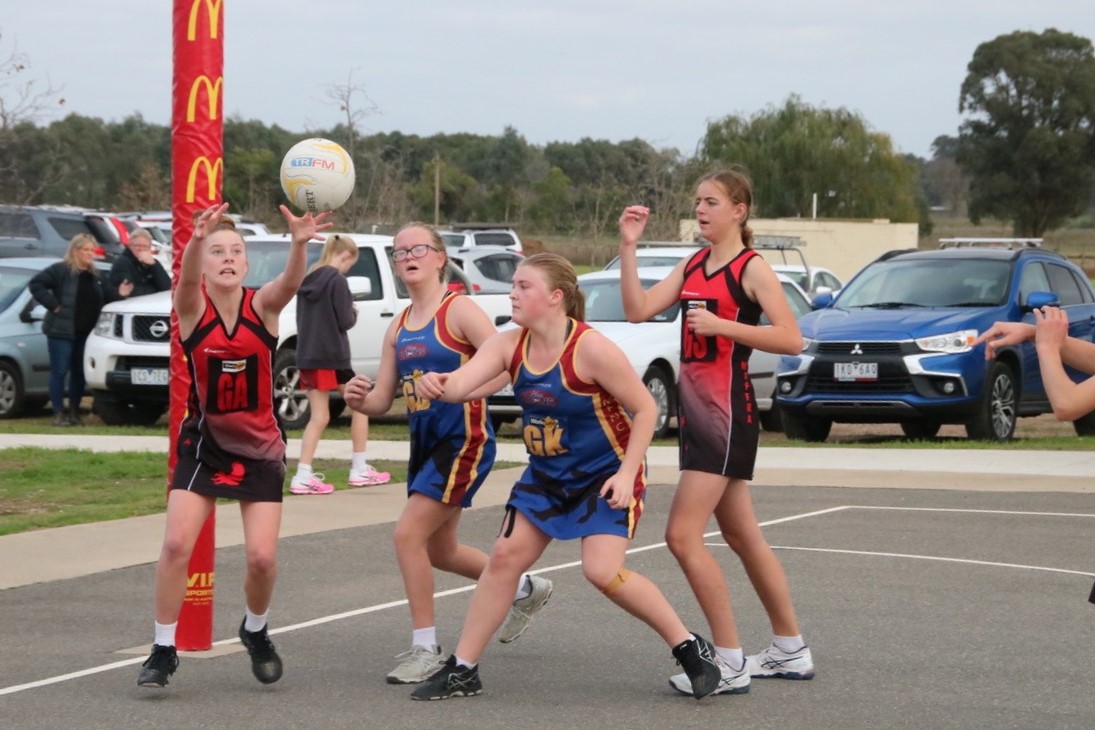 ALL three Sale junior netball teams continued their run of big wins in the Gippsland League at Leongatha, while the three senior matches went down to the wire in thrilling finishes.

In C grade, Leongatha held on to win by two goals and in B grade it was a similar story, after Sale fought back strongly, only to be denied by Leongatha who won by four.

The A grade match ended in a draw, in a match which kept spectators on the edge of their seats right till the end.

Sale led at every change, but a Nicola Marriott goal stole the lead for the Parrots late in the game. Sale defenders Ruby Phillips and Liv Barnet battled hard and with goal shooter Hayley Castle converting with accuracy the Magpies were able to equalise late.

MAFFRA began its A grade match against reigning premier Moe at home promisingly, but could not sustain its effort across the four quarters.

As the match wore on, the Lions worked themselves to a winning position, which was highlighted by a dominant third quarter where they created a 10-goal buffer the Eagles were not able to overcome.

Emma Allman continued her strong season, with the youngster again the shining light for Maffra, while Moe was well-served by Charlize Bird and Georgia Moody.

The match carried with it a lot of feeling, as Maffra player Montana Holmes fronted up to play against her old side.

Maffra went down in B grade by just two goals, and won C grade by five.

In the juniors, Maffra was victorious in both the under 15s and 13s, while the 17s were easily defeated.