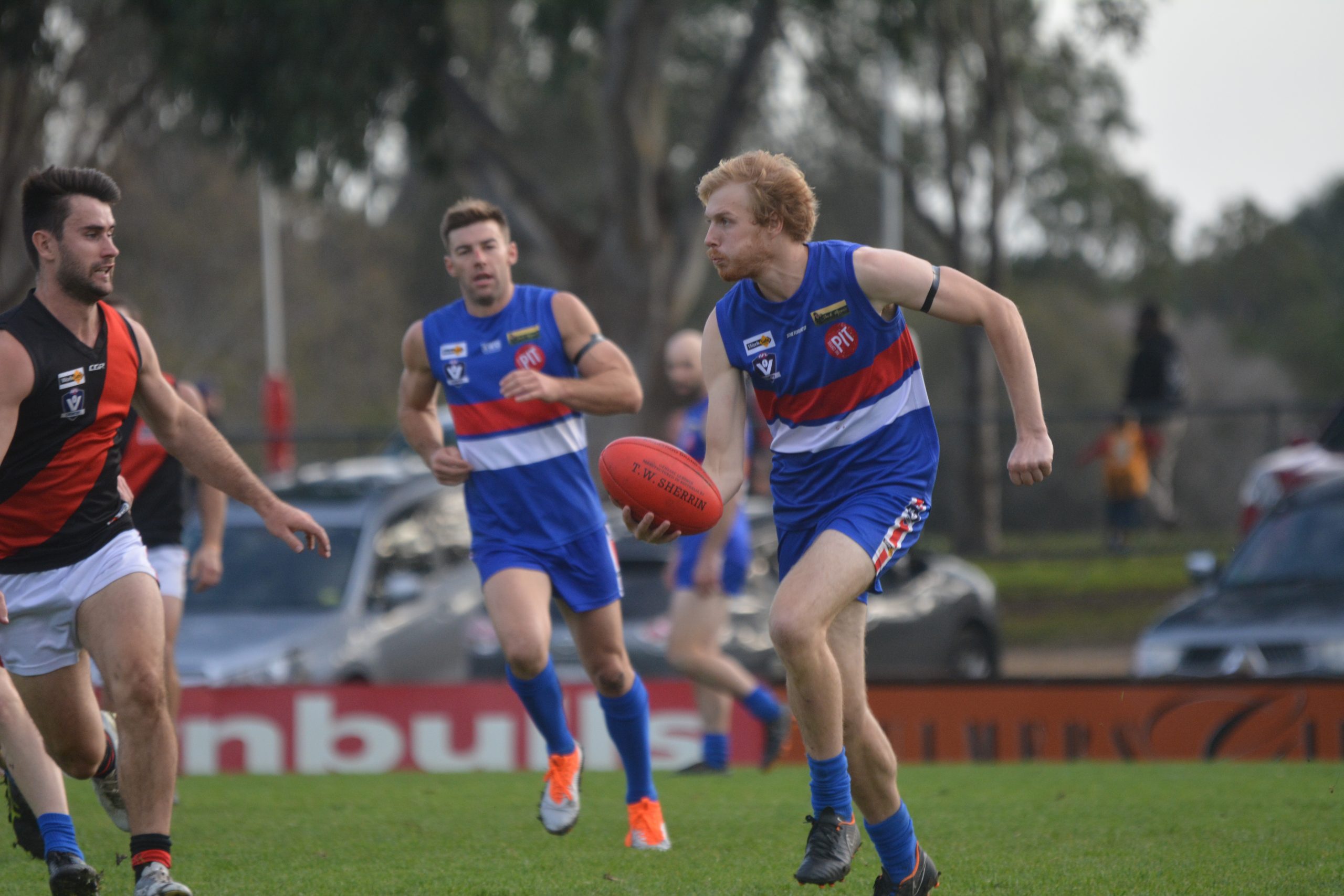 SALE City fell out of the North Gippsland Football-Netball League top five after its third straight loss, and second home loss in a row, on Saturday.

Heading into the Queen’s Birthday bye weekend, the Bulldogs slipped to sixth place on the ladder, trailing Rosedale and Heyfield on percentage, while the Bombers moved up to third.

City was not helped by inaccurate kicking for goal, recording four majors from 18 scoring shots, but the Bulldogs were left to play catch-up after the Bombers’ six-goal to one first half gave them a 27-point lead at the main break.

The Bulldogs had the better of the third term, kicking two goals to one, reducing the deficit to 24 points at the final change. TTU then put to rest any hope of a City comeback, booting five goals to one in the fourth quarter to win by 44 points.

Coach Jacob Schuback worked hard to get the Bulldogs back into the contest, as did Ben Chivers and ruckman Elliot Hunt. Jaxsyn Whitehill was the Bulldogs’ leading goal kicker with two.

YARRAM extended its winning streak to five with a 61-point victory over Heyfield.

Yarram remains in second spot, ahead of TTU on percentage, but two games adrift of top side Churchill.

The Demons controlled the match from the start, kicking seven goals to three in the first quarter. After an even second term, the home side led by 29 points at half-time.

The Kangaroos couldn’t make inroads into the deficit during the third quarter, as the Demons kicked three goals to two to lead by 34 points at the final break.

In the fourth term, the Demons put the result beyond doubt, booting four unanswered goals.

Jarryd Swift booted eight goals for the Demons, as many as the entire Heyfield team managed.

SEVEN goals each from Brandon McDonald and Frazar Brouns propelled Rosedale to a 67-point victory over Cowwarr.

The Blues were accurate in front of goal, beginning with 8.1 in the first quarter. The Saints also kicked straight, but only managed 3.0 to trail by 31 points at quarter-time.

A five-goal to one second term and six-goal to two third quarter gave the Blues a 72-point advantage at the final change of ends.

Both sides kicked three goals in the final term, but the Saints were a little wasteful in front of goal, also recording five behinds.

Rohan Diamond was outstanding in the midfield, while brother Adam helped keep the Cowwarr forwards quiet.

After five straight losses, the seventh-placed Saints are still three wins outside the top five.

GLENGARRY produced its second win of the season, defeating Woodside at home by 42 points.

The victory keeps the Magpies in eighth place, ahead of the Wildcats, who are ninth with one victory.

Andrew May and Tahi Davidson kicked four goals each for Glengarry, with Hayden Britten its best player.

LADDER leader Churchill did what was expected against bottom side Gormandale, winning by 118 points.

Churchill didn’t concede a goal during the first half, while booting 11 of its own to lead by 72 points at the main break.

The Tigers opened their account with a goal in the third quarter, but the Cougars continued their charge with six more majors. The final term was more even, with the visitors booting five goals to four.