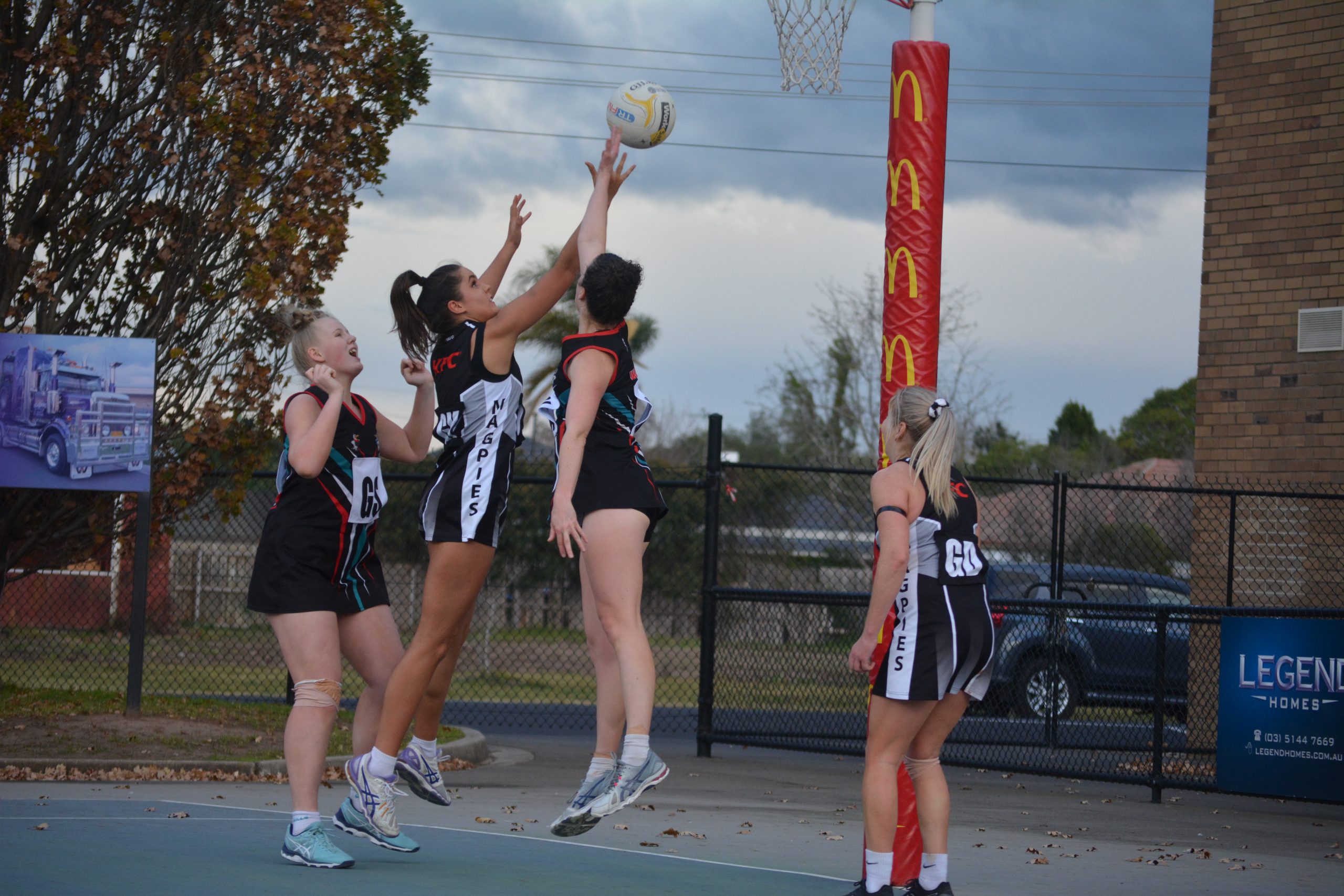 MAFFRA played like a well-oiled machine against Bairnsdale in round 11 of Gippsland League netball at the weekend, scooping the win by 21 goals.

It seems Maffra learned from its shock round 10 loss against Leongatha. Knowing a moment of weakness can all too easily be pounced on by opposition and blown out into a complete steamrolling, the Eagles were careful in their match up against the underrated Redlegs side.

While Bairnsdale was missing a few key players, Maffra wasn’t taking any chances, and played smartly.

The Eagles gelled well across the entire court to meticulously maintain possession, reset play when they ran into trouble around the goal ring, and capitalised off most defensive turnovers.

Bairnsdale had some difficulty getting the ball through the midcourt, but when the Redlegs worked it through the Eagles’ defence to Victorian Netball League player Sally Deller (who recently debuted for the Monash Hawks) or 2018 Redlegs Rising Star winner Macy Tatnell, it was a rare occasion when they didn’t score.

Likewise, in the Eagles’ goal ring, defender Faith Biddle switched trades to prove she’s no one-trick pony. Biddle slotted goals capably, and put her defensive skills to good use by still chalking up the most rebounds on court, despite being under a different goal ring.

Biddle was joined by Abbey Pleydell, who proved why she’s a Rookie of the Year nominee by navigating around the ring with her natural ease.

With quick hands by centre Emma Allman and fast feet by wing attack Leyla Berry also in the mix, coach Jo Ballinger couldn’t choose one outstanding performance, and put forward the unprecedented move of awarding best-on-court to the entire team.

This weekend, Maffra will look to take its momentum and positivity forward, playing Wonthaggi at home. When the pair met in round six, the Power, which is yet to notch a win, troubled the Eagles, who scraped by with a four-goal win.

SALE was unable to against Warragul on its home court.

After losing by two goals to Drouin in last year’s elimination final, Warragul has begun the second half of the season playing like a team preparing for this year’s final series, and given its current form, looks well-placed to skip elimination and head straight to qualifying.

Bringing a high standard game with plenty of rhythm, it was clear from the outset the Gulls were determined to widen the seven-goal winning margin they snagged against Sale in round two.

The Magpies were competitive, but the Gulls were more so – using streamlined skills and quick movement of the ball to run out 47-31 winners.

On Sunday, the Magpies will travel east to face a smarting Redlegs side, which will be looking to recoup some lost ground and further distance itself from cellar dwellers Wonthaggi with an upset win over Sale.

IN other matches, the top played the bottom and had the scoreline to match, when Morwell made light work of Wonthaggi, 58-17, and second-placed Traralgon notched a 52-44 victory against an improving Leongatha, which sits in fifth.