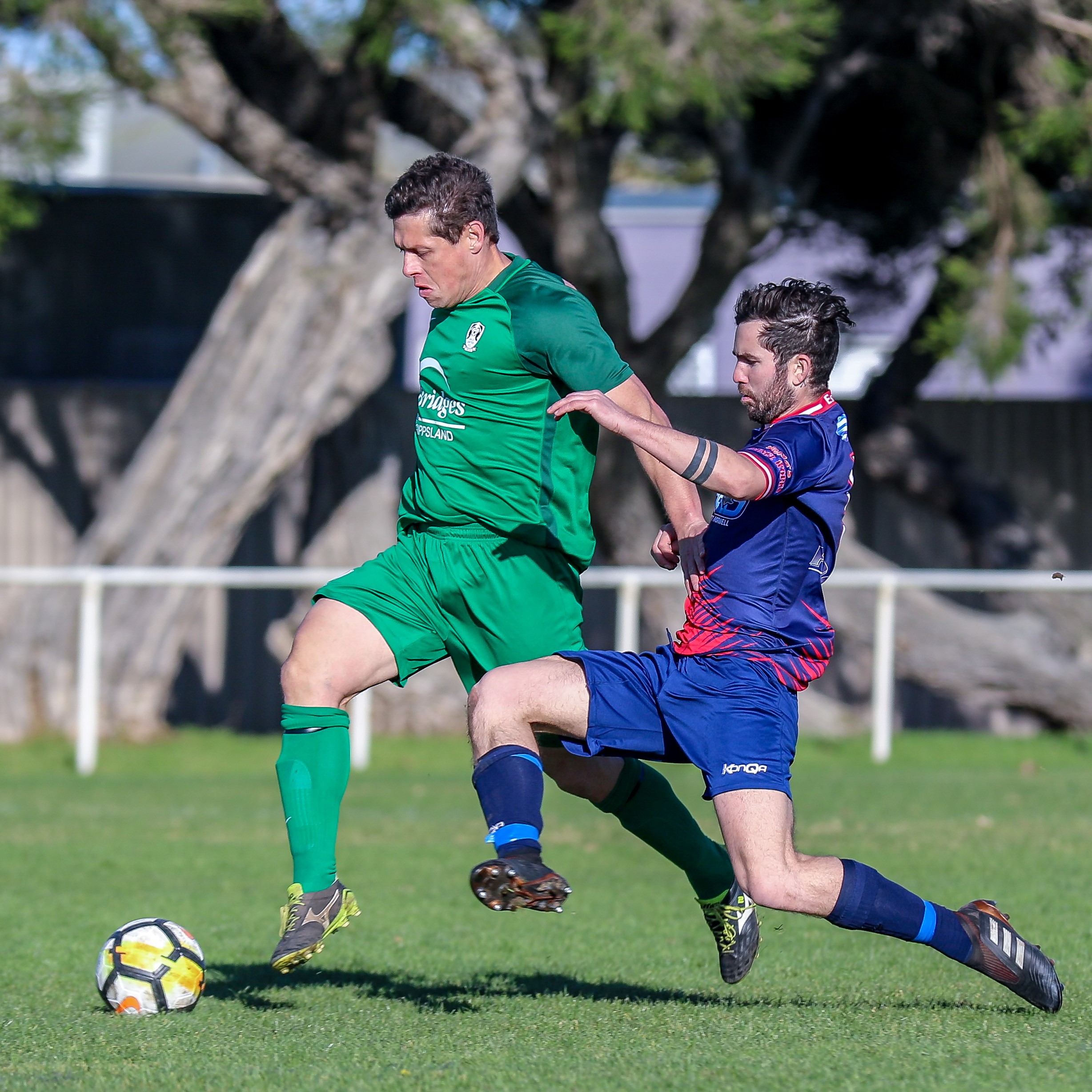 NEWBOROUGH-Yallourn United continued to show its dominance on top of the Latrobe Valley Soccer League table with a 3-0 win over a determined Sale United side on Sunday.

The league leaders were on board at Baldwin Reserve within nine minutes from Hayden Tanti and it was expected that they would push Sale aside, however the Swans were competitive but wasteful by giving possession away too easily.

Newborough-Yallourn added another goal at 16 minutes from Alex Van Vliet and a third came from an own goal in a defensive ricochet at 54 minutes.

The Swans hung on and to their credit stopped NYU from further scoring but the damage had been done.

TRARALGON Olympians won its second game in a row over Moe United to strengthen its hold on fourth position.

Goals by Tony Pardo at 31 minutes and Henri Scott at 89 minutes secured the three points.

TRARALGON City kept the pressure on top team Newborough-Yallourn with a hard-earned 3-1 win over Churchill United.

It took nearly an hour before City could break through the Rams’ defence when Tommy Nguyen scored from a free kick.

Seven minutes later, Churchill got on the board through former Traralgon City ace Liam Johnson.

The Roosters scored again on 90 minutes from Jake Budija.

Falcons took control of the game at the 11-minute mark through Nick D’Allesandro, then Jamie Pistrin added four goals.

It took 21 minutes for Monash to break the usually strong Fortuna defence and score the opening goal from Jesse Davis.

The going was tough, but the Wolves weathered the storm as Fortuna tried to get an equaliser. Enda Murphy was put under the hammer as Fortuna blasted away without success.

One minute into second half stoppage time, Monash were awarded a penalty and Shawn Lawrence made no mistake.

Fortuna fought hard and was rewarded with a goal three minutes into stoppage time from Oliver Spiteri, but further chances were blocked by the referee’s final whistle.