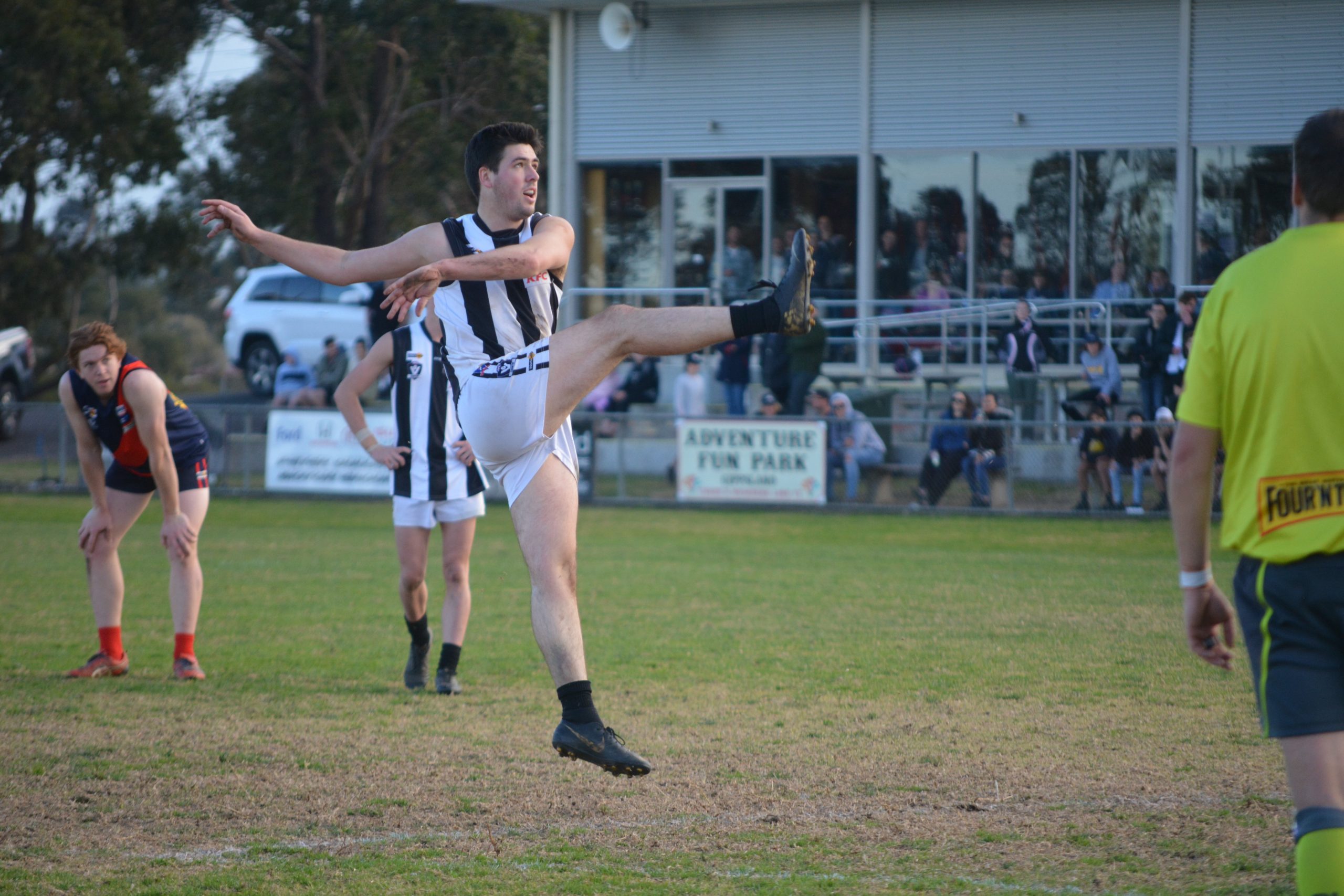 RELATED: Eagles too powerful for Wonthaggi

The visitors were greeted by pristine conditions and a vocal home crowd, as they were forced to make a late change when rookie onballer Jack McLaren failed a final fitness test. This gave Nathan Whitford a senior debut.

Experienced wingman Tom Hams was also a withdrawal on Friday because of a back spasm.

Sale began the match well, showing composure and running well through the middle of the ground to isolate key forwards Jarrod Freeman and Brad Dessent.

The pressure exerted around the ball forced mistakes from the Redlegs and the Magpies were quick to capitalise, kicking four goals to one for the quarter.

It was again all the Magpies in the second term, with their forwards looking ominous, forcing Bairnsdale to make changes to their structure.

Again, Sale’s controlled ball use and ability to create space for each other was the difference.

The Magpies led by a healthy 48 points at half-time.

The story was slightly different in the third quarter as the Redlegs brought an extra bit of determination.

The Redlegs’ seven-goal to two quarter was on the back of their speed away from the contest and perhaps the Magpies slightly changing their game style.

The Sale forwards were not getting the space or delivery they wanted, as the Redlegs forced errors and looked to score from transition.

The Magpies kicked a late goal, but the three-quarter-time margin had been cut to 29 points.

As the final quarter began, the Redlegs kicked a goal from the first clearance.

A strong mark by Nathan Dennison brought the margin to under four goals.

As the quarter progressed, the Redlegs were throwing everything at the Magpies, who were resilient under pressure.

Two later goals to Freeman and Brad Dessent sealed the game as the Magpies’.

Jack Lipman’s work in the middle for the Magpies was fantastic. His ruck duel with Ethan East a great contest.

The work of Mitch Dowse and Jordan Dessent inside, but also through general play, was excellent.

Mitch Bown on a wing looked dangerous early, while sticking to his role and the support and individual efforts of Kane Martin (despite a heavy tag), Will Leslie and Nic Dowse were also good.

Down back, Chris Laverty controlled the play, while veteran Jamie Sweeney took some telling marks in the second half. Under 18 player Ethan Dyer showed good defensive awareness, while Declan Barnett continued his good run of form.

The Sale forwards who again looked dangerous – Freeman, with five goals, and Brad Dessent, four – were definitely in the better Sale players.

The Magpies return to the nest this Sunday to play arch rival Maffra in a one versus two match.