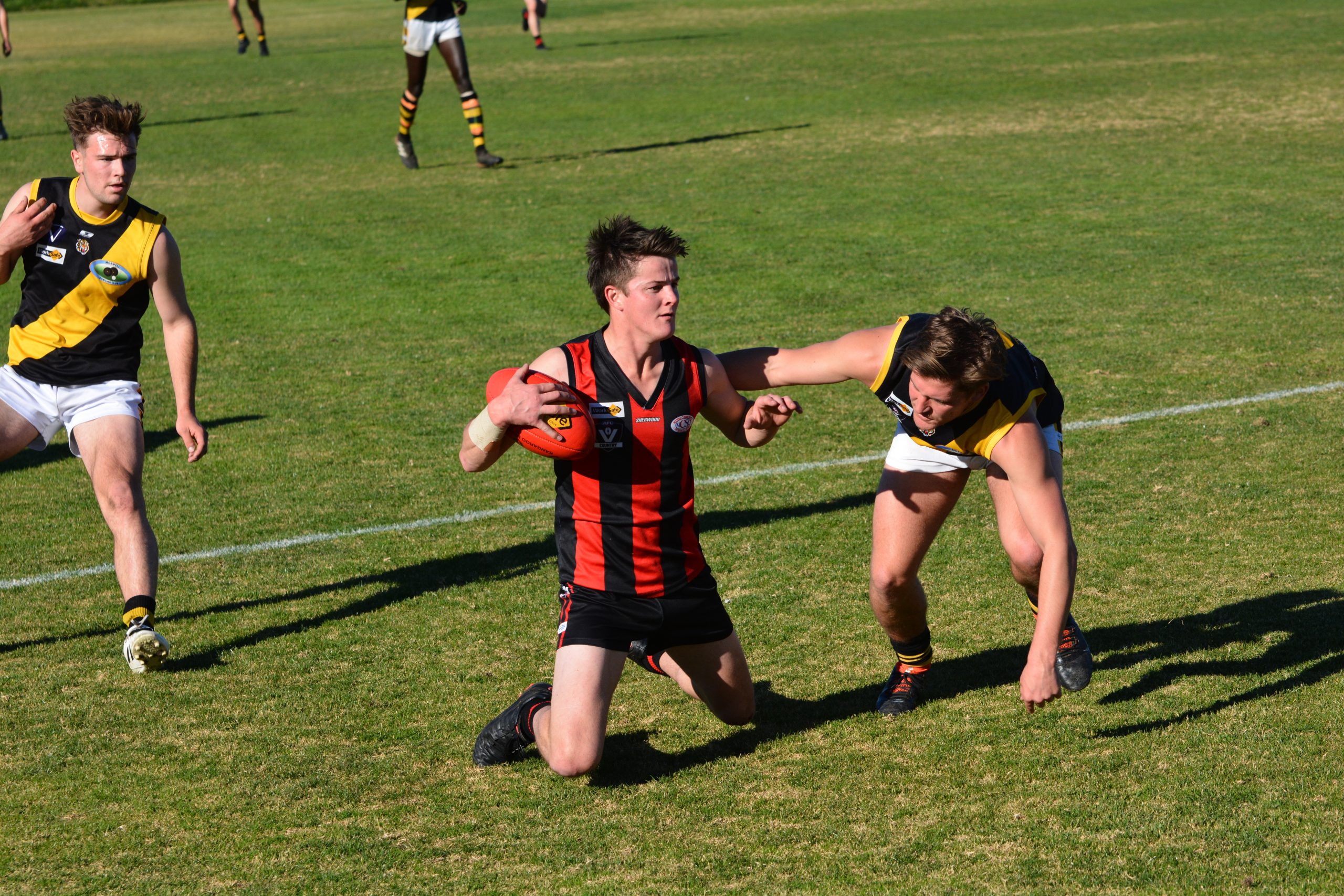 MAFFRA and Sale will head west in Gippsland League football on Saturday.

Ladder leader Maffra will play Warragul, while Sale will take on Drouin.

Back-to-back losses has seen the Magpies fall from first to third place. Further losses could see them fall out of the top three and miss the double chance during the finals.

Last weekend, the Magpies were undone by Traralgon and its accurate kicking for goal. A final term fightback only reduced the 20-point deficit to five by full-time.

Poor decision-making and skill execution at times let the Magpies down.

The Magpies will Saturday meet a Drouin side equally keen to return to the winners’ list.

The Hawks needs to end their run of three straight losses to avoid doubt creeping into their finals ambitions.

With five rounds to play, the fifth-placed Hawks are two wins ahead of Bairnsdale, whom they lost to at the weekend by 28 points. A strong finish was not enough to erase the 42-point three-quarter-time margin.

When the sides met in round three, an inaccurate Sale led by six points at the final break before kicking five goals to two to win by 24.

MAFFRA will be looking to maintain its one-game advantage over Moe and Sale on the ladder when it plays Warragul.

In round five at Maffra, the Eagles won by 64 points, keeping the Gulls goal-less in two quarters.

But the Gulls are a better side at Warragul, where the Eagles haven’t won at since 2015.

Three wins and percentage outside the top five, ninth-placed Warragul is mathematically able to pass its way into the finals, but a lot needs to go right for the Gulls.

Before their bye last weekend, the Gulls defeated Drouin, the Gulls’ fourth win of the season.

Maffra will approach Saturday’s contest with some confidence, having won its past six matches.

Goal-less in the first half, the Eagles eventually found a way through Morwell’s pressure to win by 27 points. Other teams may learn a thing or two from the way Morwell took the game up to the Eagles.

MOE will host Bairnsdale, which is yet to win away from home this season.

The Redlegs had a vital victory over Drouin at the weekend, but need to keep winning to maintain a chance of making the finals.

One of Bairnsdale’s victims this season has been Moe, whom it defeated by eight points in round five.

But the Redlegs will need to play well to end the Lions’ six-game winning streak.

Victory over Sale last weekend has kept the Maroons’ finals flame flickering, but their destiny is not all in their hands.

The Maroons have to defeat the Power, which hasn’t won its past 11 matches.

FRESH off a bye, Leongatha will host Morwell.

Before their break, the Parrots won their previous three matches. They will look to bridge the two-win gap between themselves in fourth spot and the top three.

Morwell frustrated Maffra last weekend, but couldn’t keep the pressure up for the four quarters. The Tigers will look to replicate that plan against the Parrots, but hope to do it longer.