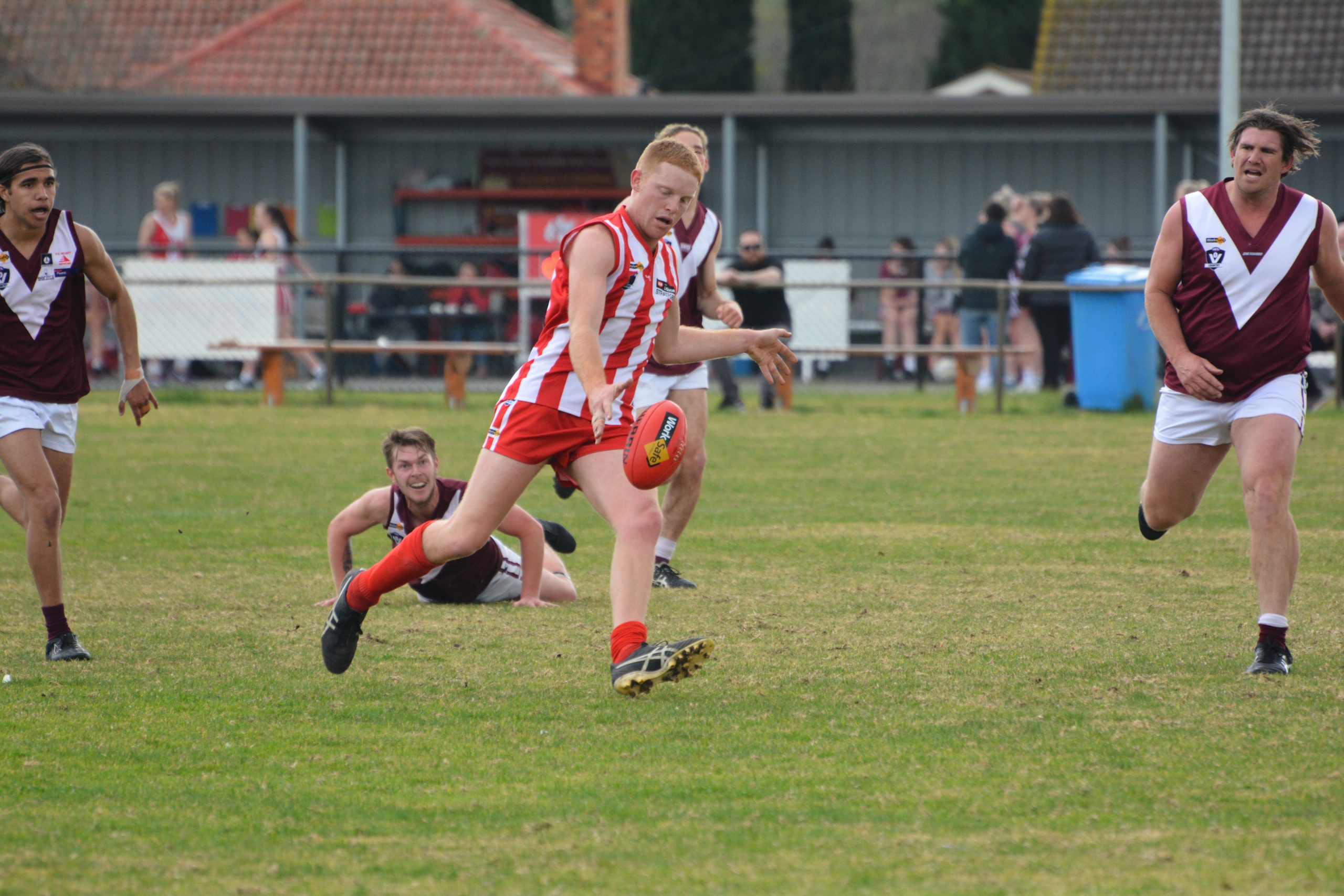 Boisdale-Briagolong and Lindenow can rest easy knowing they will play in the post regular season, while for Stratford, Wy Yung and Lucknow, round 16 could just as easily be called elimination final week one.

With a number of narratives to play out, supporters will look on with interest to see what takes place as it is often at this time of year left-field selections occur as coaches try to throw each other off with unpredictable curve balls.

OUTRIGHT third position on the ladder will be the reward for the winner of Saturday’s clash between Wy Yung and Stratford.

The Swans leap-frogged the Tigers into third position after Lindenow demolished Wy Yung by 66 points at the weekend. The result would have shell-shocked the Tigers, who were lucky their opponents didn’t kick straight, or else the margin could have easily been close to three figures.

Wy Yung will be hoping its performance at the weekend does not indicate a huge gap between the top two teams and the next best competitors, and must simply put up a better performance against the Swans.

Stratford has found some winning form in the past few weeks, posting victories in three of its previous four games, although admittedly these wins have come against sides which won’t be playing finals this season.

Saturday’s match will be Stratford’s biggest since last year’s grand final, and if the Swans can get over the line with their current percentage intact, it may well be enough to cement their position in the top four.

LUCKNOW will do its finals chances the world of good if it can get over Boisdale-Briagolong.

The Magpies are currently enjoying a five-game winning streak and will feel confident of putting on a good performance when it travels to the Bombers’ home ground.

Lucknow has lost both encounters with Boisdale-Briagolong this season, although when the two teams met in round nine the margin was only eight points.

The Bombers got back on the winners’ list at the weekend after dropping two matches in succession, and will want to ensure their run to the finals is as consistent as possible.

Boisdale-Briagolong will be anticipating a fired-up Lucknow outfit to await it, as the Magpies will be throwing everything at the match to ensure their season remains alive.

PAYNESVILLE and Orbost-Snowy Rovers will enter their match with a finals-type approach, with both teams knowing it will probably be the best chance either will have for a win before the season finishes.

The Gulls have won only one match from their past six starts, and even that win was only a one-point victory in sub-zero temperatures.

Paynesville will want to put the Blues away as early as possible, as any inclination Orbost-Snowy

Rovers have of a win may be enough for them to press home to take that long awaited maiden scalp.

The Blues’ focus for the match will be on desperation, and they will be striving to stay in the match for as long as possible, and aim to be strong enough both mentally and physically to win. If the Blues are to get up, the signing of the club song could set a new record on the decibel reader.

LINDENOW will travel to Lakes Entrance with intentions of winning comfortably.

The match will present a contrast of two sides, with the Cats securely positioned in the top two, while the Seagulls are equally secured in the bottom two.

Lindenow has been one of the form sides of the competition, disposing of quality sides Boisdale-Briagolong and Wy Yung in recent weeks.