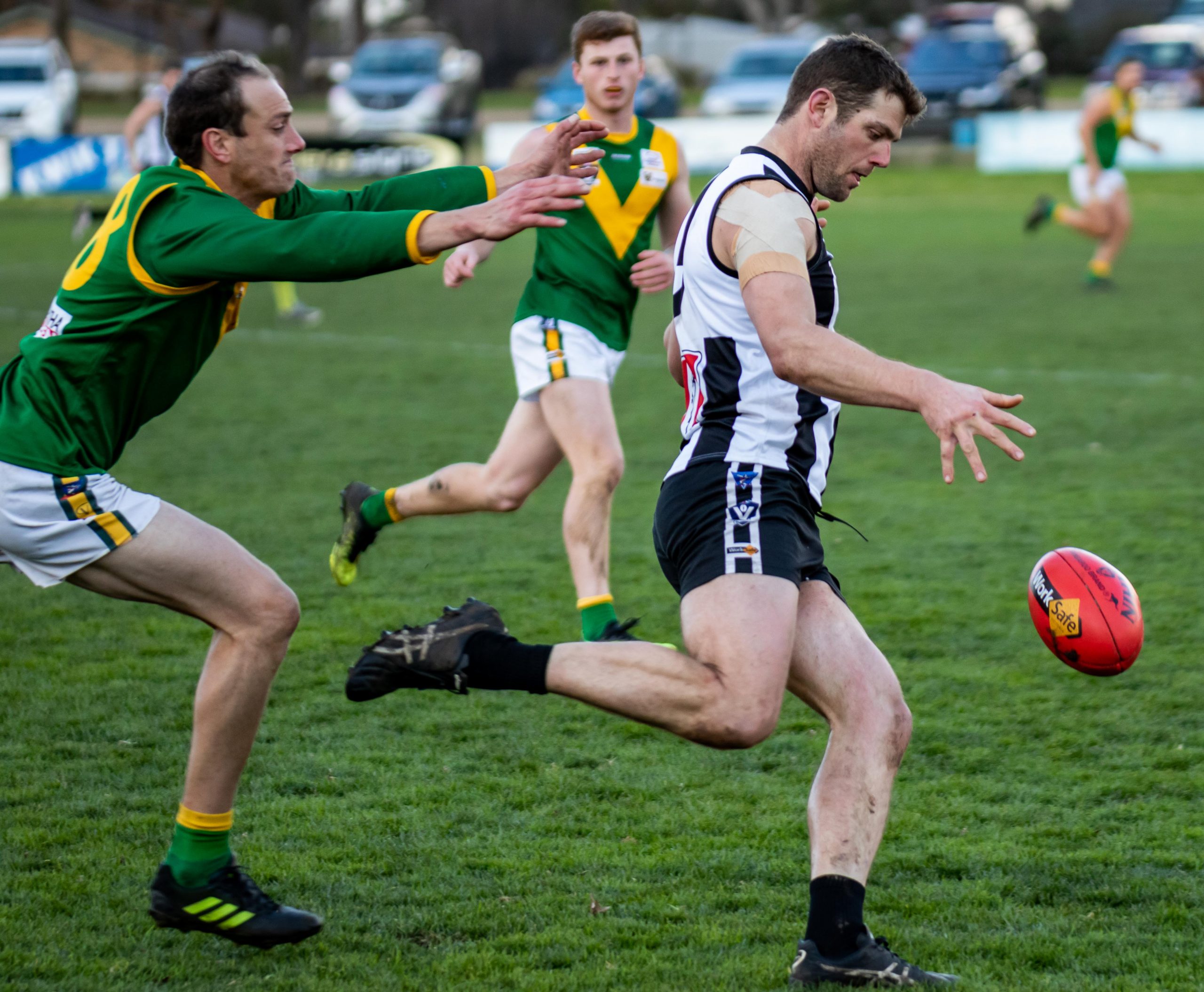 THE top three teams on the Gippsland League football ladder are on equal points with two rounds remaining before the finals.

Maffra and Sale were joined by Moe on 12 wins on Saturday, with the Eagles remaining on top thanks to a 20-point percentage lead.

A win behind, Leongatha also remains a chance to claim the minor premiership.

Sale seemed to be on top early at home, with Brad Dessent kicking the first goal after a strong mark, but Leongatha was able to respond quickly.

Magpies skipper Jordan Dessent stepped up with a right foot snap to give Sale its second goal, before goals to both teams saw the home side lead by six points at quarter-time.

Leongatha took the ascendency in the second quarter, kicking five goals to two to take an 11-point lead into the main break.

Sale remained positive and broke even with the Parrots in the third quarter, with both teams registering two goals.

The final quarter saw players put their bodies on the line, with Sale scrapping its way to within seven points.

Disaster struck for the Magpies with about two minutes to go when Kane Martin was tackled and slung to the ground by fellow league best-and-fairest winner Tom Marriott.

Concerned onlookers paused in shock as Martin was knocked unconscious and lay facedown for a few minutes. Sale teammates gestured to the bench to get out onto the ground frantically before an ambulance arrived shortly after.

Martin was taken off the ground, but gave the crowd a thumbs up as he was lifted into the ambulance and taken to hospital where he was released later that night.

The game resumed after about 15 minutes and Leongatha kicked a goal to seal victory.

Ruckman Jack Lipman was Sale best player, while Brad Dessent was excellent up forward, finishing with four goals after some strong marking.

Veteran Chris Laverty worked hard all day and Ollie Collins made a welcome return to the senior side. Martin was also productive, as was Jackson Glenane.

Cade Maskell was excellent for Leongatha with five goals, and Cameron Stone and Luke Bowman also both played great games.

Traralgon and Bairnsdale, gave the fifth-placed Hawks enough breathing space to the bottom half of the ladder.

The Hawks kicked one goal in each of the first three quarters, while Morwell’s two majors came in the final term, both from the boot of Nathan Noblett.

The Gulls’ two unanswered goals in the first term had the Maroons on the back foot, while the home side out-scored the visitors for the rest of the match, it was unable to cover the 14-point quarter-time margin.

THE best of the weather was at Bairnsdale, where Wonthaggi won by eight points.

Defenders Steven Scott and Jordan Staley were Wonthaggi’s best players, while Tom Murray was effective on the wing.