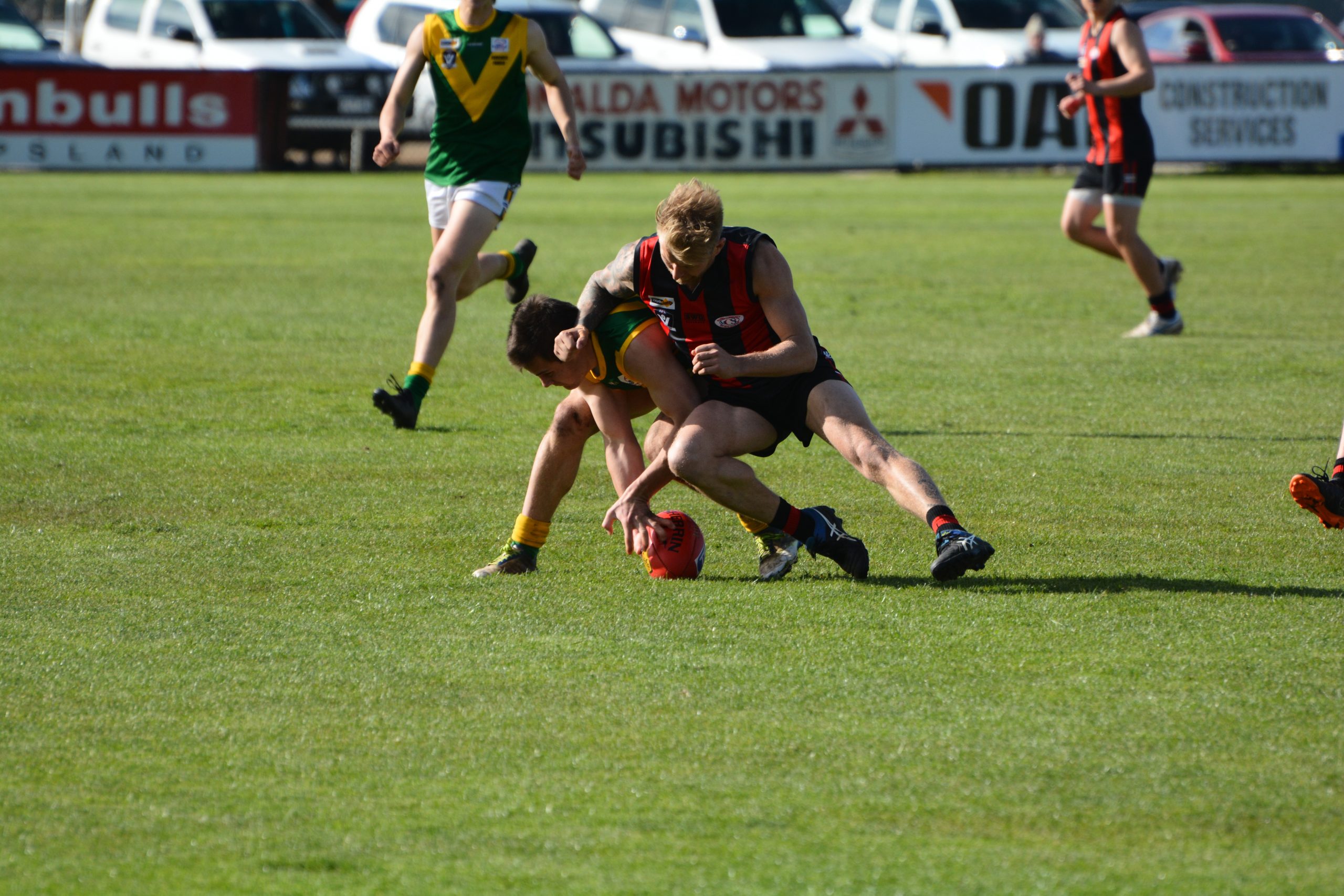 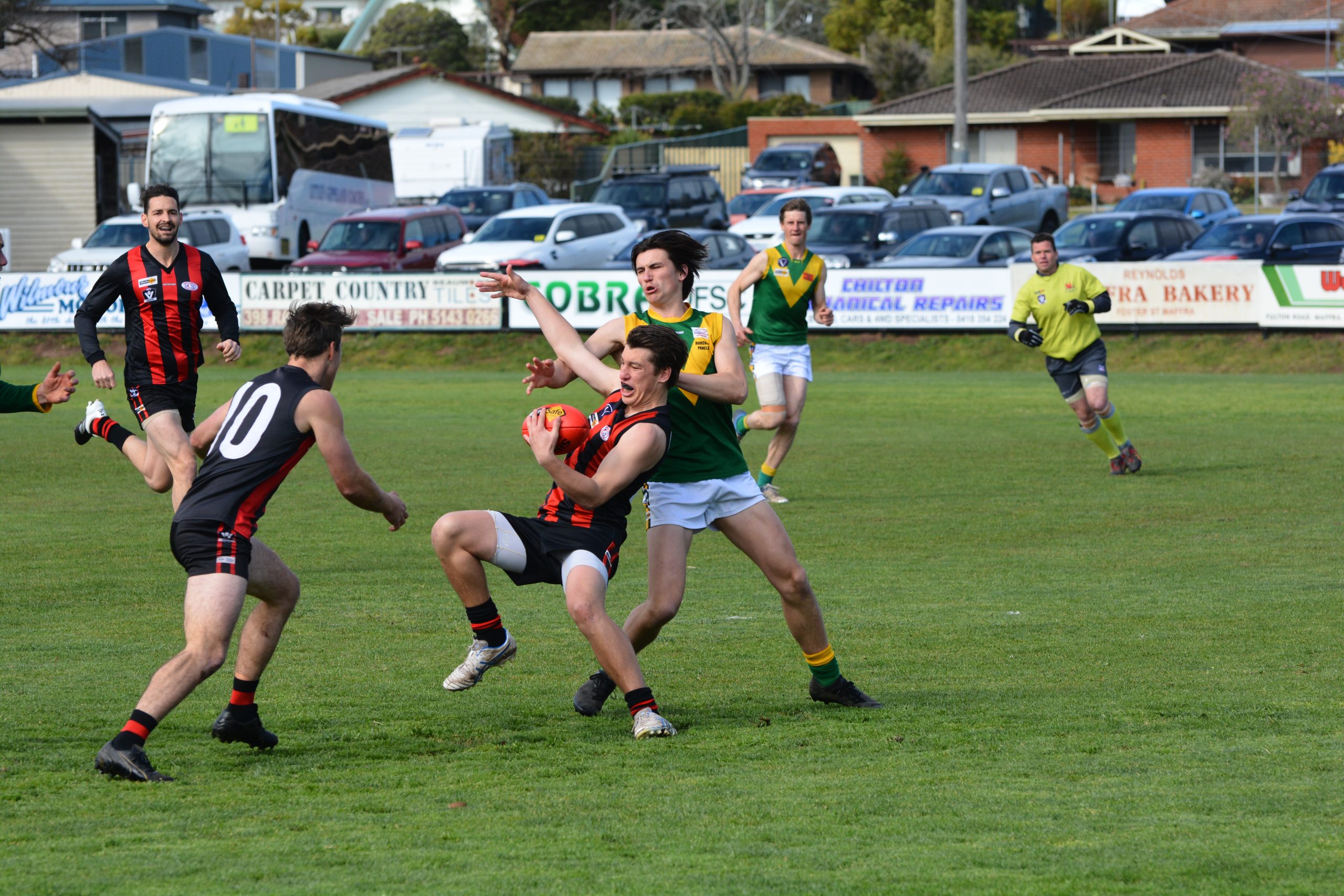 Forcing stoppages around the ground, the Eagles controlled the tempo for most of the match.

This wore down the Parrots, as the home side kicked four unanswered goals in the final term to secure victory and a spot in the grand final.

A strong breeze across the ground made long kicking to teammates difficult, with handpassing and running with the ball the most effective way to get the Sherrin forward.

James Huts helped to blunt the effectiveness of the Leongatha forwards in a best-on-ground performance for the Eagles.

Ed Carr, Danny Butcher, Daniel O’Brien in his 200th senior game and David Adams took the match up to the Parrots in the midfield before creating good transition from defence into attack.

The signs were promising for Maffra early, with Bennett, Butcher and Jolly kicking goals within the first five minutes of the match. The Eagles didn’t kick their fourth until late in the third term.

John Ginnane kicked the Parrots’ only goal of the first quarter in the ninth minute, as the Eagles led by 11 points at the first change.

A goal from James Lloyd early in the second quarter reduced the margin to seven points, but that would be the only goal of the term.

In match with plenty of niggle between the teams, the main talking point of the quarter was the yellow card handed out to Eagle Jack Johnstone for a hit off the ball. Johnstone was off the field for 15 minutes, but could also miss the grand final through suspension if the league takes the matter further.

Despite only one goal kicked for the quarter, there were 35 minutes between the first and final sirens, highlighting the amount of stoppages.

Maffra led by six points at half-time, with pressure applied and ill-discipline preventing clear chances for goals in the third quarter.

The first goal of the term came after 19 minutes, when Tom Marriott levelled the scores for the Parrots. The visitors took the lead soon after when a shot from Ginnane hit the post.

In the 26th minute, Michael Coleman’s kick to Jolly resulted in a long-awaited goal for the Eagles and a five-point lead at three-quarter-time.

Sensing the Parrots were tyring, Maffra coach Wayne Butcher urged his side to spread the play in the final term.

John Butcher extended the Eagles’ lead with a goal.

Minutes later, Daniel Bedggood did well to avoid getting tackled before kicking the ball to Bennett in the forward pocket. Bennett’s banana kick resulted in another goal and a 17-point Maffra lead in the 10th minute.

With Leongatha pressing to get back into the contest, a turnover led to Carr kicking the match-sealing goal approaching time-on.

After a tough match, the Eagles will enjoy another week off to prepare for the grand final, while the Parrots will have to regroup for their preliminary final against Moe.

Luke Bowman and Tom Marriott worked hard for Leongatha in the midfield, as did ruckman Ben Willis.