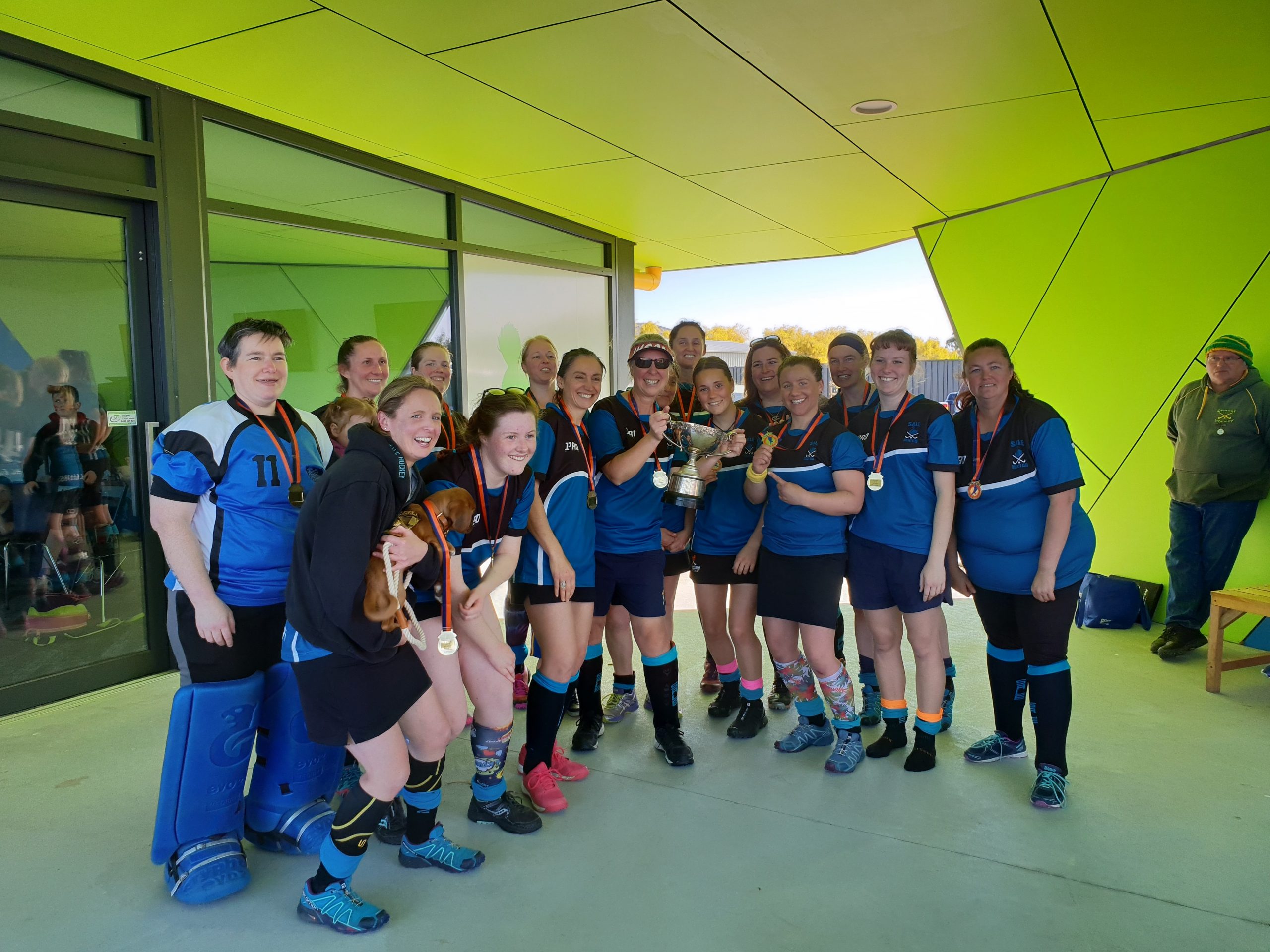 At the Gippsland Regional Sports Complex, Sale had a hard fought 2-1 win over Wellington.

In a “David versus Goliath” battle, Sale was appearing in a 12th grand final in 14 years, while Wellington was making its maiden appearance.

Wellington created the chances in the opening moments. A well-struck shot on goal from a tight angle by Bailey Hill was denied by Sale’s Bill Slattery in the net.

These opportunities were rewarded with short corners.

It only took two set pieces before Sale’s Mitch Palmer, returning from injury, sent the ball flying into the top of the net.

Wellington’s Max Cashion, Oli Cantwell and Jack Wrigglesworth each made goal line saves in the first half to keep the scores close at the break.

Wellington came out strong in the second half pressing for the equaliser, with Sale’s defence up to the task.

With 14 minutes remaining, Wellington pounced on a defensive turnover by Sale. James Woodward forced the ball over the line, levelling the scores and setting up an exciting finish.

Sale responded quickly when Lenny Van Der Velden showed poise into the circle, drawing defenders and then slotting the ball into the backboard, putting Sale back in front with only 10 minutes remaining.

Both teams continued to search for goals and defended strongly. As the clock ticked down, Sale worked the ball into the attack and held possession, securing the win and a fifth consecutive premiership and eighth since 2006.

The day got off to an exciting start with a tight 2-0 victory for Maffra over Swan Reach. Hamish Macgregor scored both goals in a best-on-ground performance.

Maffra defeated Orbost 4-2 in the under 15s. Gretel Harms scored a hat-trick and Nikolas Valette a goal for Maffra, while best-on-ground Campbell Macalister and Oscar Millward scored one each for Orbost.

Maffra’s under 18s team proved too strong for Orbost, winning 5-1.

Maffra and Sale faced off in the women’s final, a rematch from the previous two years with Maffra aiming to defend its title and finish the year undefeated.

Sale came out strong and put Maffra on the back foot, but was denied an early lead when a penalty stroke was saved.

Sale was soon rewarded when Jacqueline Southall found the net twice. It looked like extending the lead, but Maffra’s strong defence kept the margin to only two.

As the first half drew to an end, Maffra was awarded a penalty, which Peta Crawford converted to close the gap.

Sale was put under plenty of pressure through the midfield in the second half, but its defence was up to the challenge.

No goals were scored in the second half as Sale secured its fourth women’s premiership in the past six years.