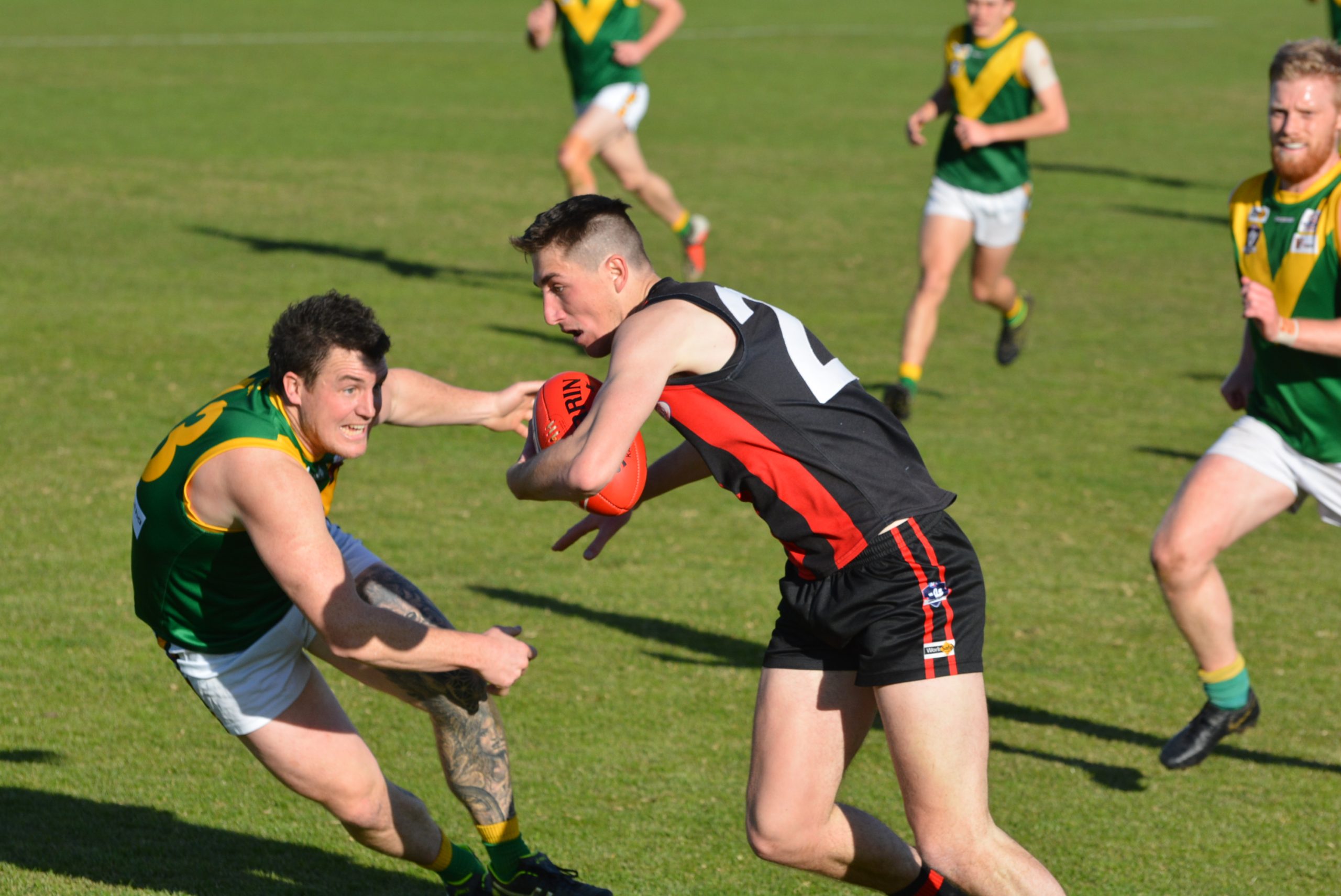 ANOTHER chapter in the Gippsland League’s biggest rivalry of recent times will be written on Saturday.

For the fourth successive year, Maffra and Leongatha will play for the senior football premiership.

Winning the 2016 grand final by 21 points, the Eagles will be hoping for a change of fortune from the previous two years, in which the Parrots were victorious by only one and nine points. Last year, the Parrots trailed by 11 points during the fourth term before kicking the final three goals.

Statistically, tomorrow’s match will pit the best attack during the home-and-away season (Leongatha) against the only side to concede less than 1000 points (Maffra). That said, whoever gains the ascendency in the midfield will probably win the match.

The talent that will be on display should provide a great showcase of Gippsland football.

Both teams were well represented in the league team of the year, announced on Monday night.

Renooy was been a strong performer off halfback for the Eagles, linking with Ed and Alex Carr and Danny Butcher through the midfield.

Ed Carr has been named in Maffra’s best players in his past nine matches.

Johnstone can play in key positions at either end of the ground, He has kicked 29 goals this season, but can take on the opposition’s key forward.

Johnstone is free to play after the league tribunal this week gave him a four-game suspended ban for striking Leongatha’s Kyle Cooper during the second semi-final.

Captain Bedggood has kicked 36 goals and is a prominent target in attack. Verboon, who shared the league’s most valuable player award with Morwell’s Anthony Rosato, as voted by club coaches, may get the job of marking Bedggood on Saturday.

Leongatha’s potent forward has been led by Chris Dunne, with 44 goals, while Cade Maskell has kicked 28 goals, but didn’t play in the preliminary final.

In the midfield, Josh Hopkins and Luke Bowman have had good season, while Tom Marriott is finding good form after missing most of the year through injury.

While Maffra has been in consistent good form across the season, injuries have forced Leongatha to use 42 players this year. Regaining key players have helped the Parrots push their way into the top three and then the grand final, winning 10 of their past 11 matches, the same recent record as the Eagles.

The Eagles finished the home-and-away season a win clear of Leongatha on top of the ladder. In their three meetings this season, the home team was victorious.

In round one at Leongatha, the Parrots won by 12 points after kicking three unanswered goals in the first quarter. James Lloyd kicked three goals for the home side, with Renooy, Butcher and Johnstone making good contributions for the Eagles.

Maffra won the round 10 contest by 23 points.

The Eagles out-played the Parrots for three quarters to lead by 42 at the final change, before the visitors finished stronger.

Winning the minor premiership earned Maffra a home second semi-final, which was a tight contest. The Eagles prevented the Parrots from using a free-flowing game, and eventually wore them down to win by 25 points and advance straight to the grand final.

James Huts led a strong defensive effort for the Eagles.

Ruckman Ben Willis was among the Parrots’ best players in all three matches against the Eagles, who will need to a find a way to negate him on Saturday.

Defenders Verboon, Colin Sanbrook and Josh Schelling were integral in the Parrots’ over Moe in the preliminary final. The 22-point margin didn’t do justice to the Parrots’ control of the match.