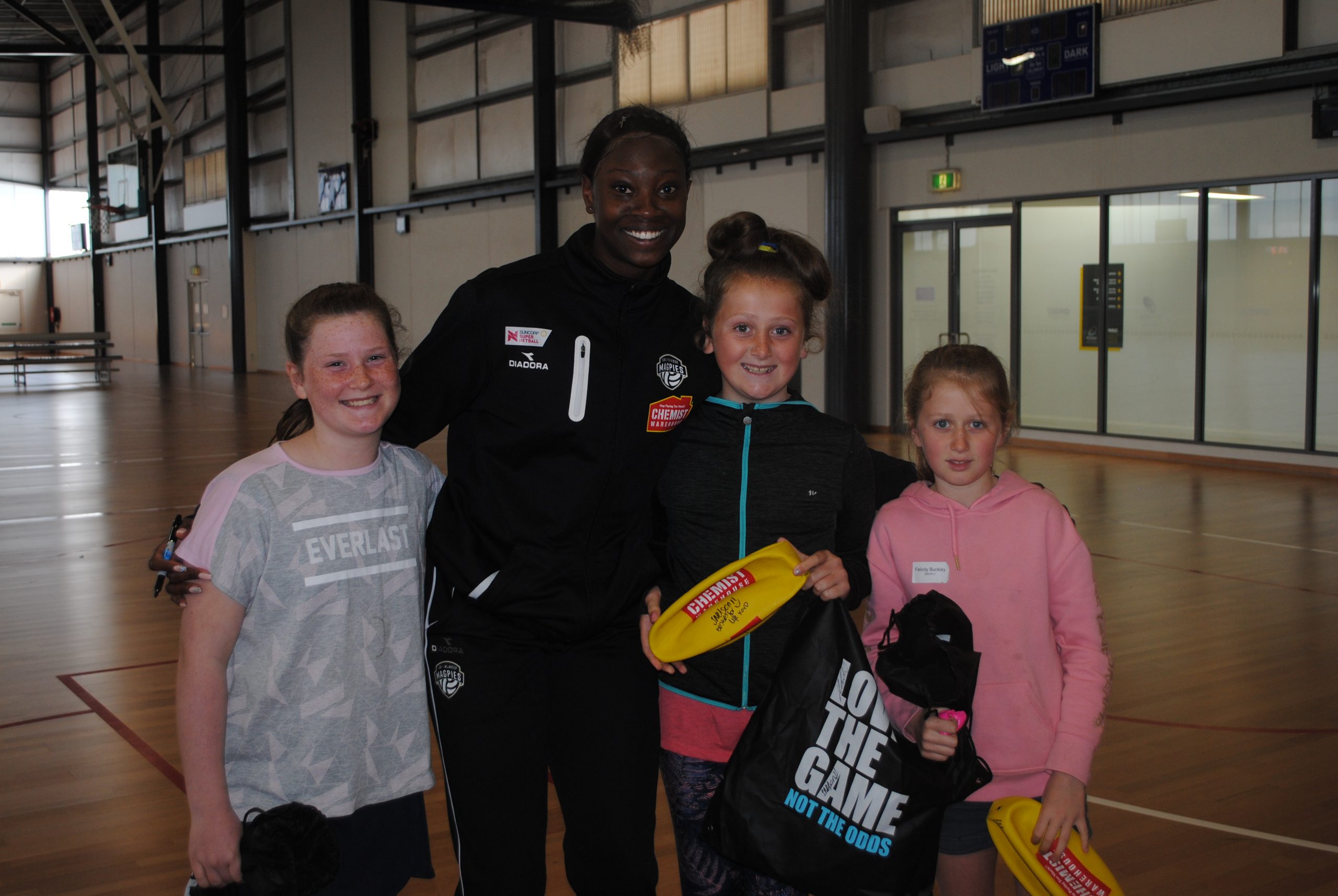 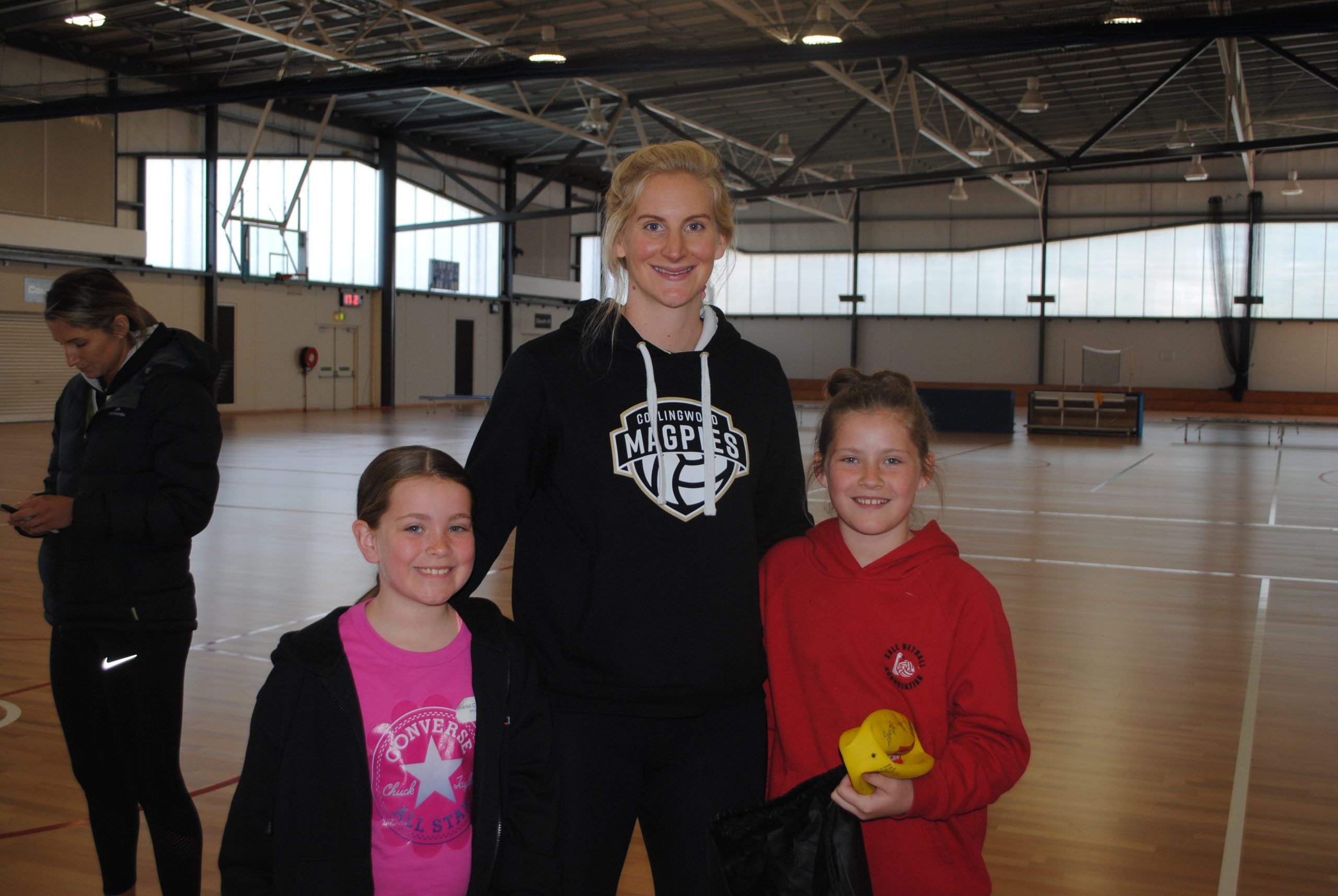 YOUNG netball enthusiasts from across Gippsland were treated to a clinic conducted by the Collingwood Magpies on Tuesday at the Gippsland Regional Sports Complex in Sale.

Staff and players from the Magpies National Netball League team were in Sale as part of a three-year deal between the Collingwood Football Club and the Latrobe Valley Authority, which has brought a number of visits by the black and white army to various towns across Gippsland in the past two years.

Participants were taken through a range of drills involving footwork, agility and ball handling, with all given an opportunity to impress their professional counterparts.

Collingwood goal shooter Nelson, who stands an imposing 195 centimetres tall, said it was great to be in Gippsland promoting the sport.

“It’s a really good thing for them [the kids] to be able to have access to professional programs,” she said.

“To be able to give back to the community and have the time to get to know all the places we visit is something we love doing.”

At the conclusion of the clinic all participants were given a show bag and an opportunity to get photos and autographs with the players.

“Latrobe Valley Authority is excited to continue working with the Collingwood Magpies, who have shown a tremendous commitment to our community throughout our three-year partnership,” he said.

“Collingwood is delivering a range of programs across the Latrobe Valley region to increase participation in sport and active recreation, particularly among people from diverse backgrounds and underrepresented groups in our community.

“This week’s netball clinics (one was also held in Warragul) mark another chapter in that story, as the stars of Collingwood partner with the LVA through the Latrobe Valley Sports and Community Initiative to inspire and engage the next generation in Gippsland.”

With more than 100 netballers taking part in Tuesday’s clinic, it may not be too long before Gippsland sees another local netballer make the big time.

A number of current Gippsland League netballers are also heavily involved in high level Victorian Netball League teams, which all have pathways to professional ranks.

Collingwood’s next visit to Gippsland is expected to take place in March for either an AFLW premiership match or men’s AFL preseason match.