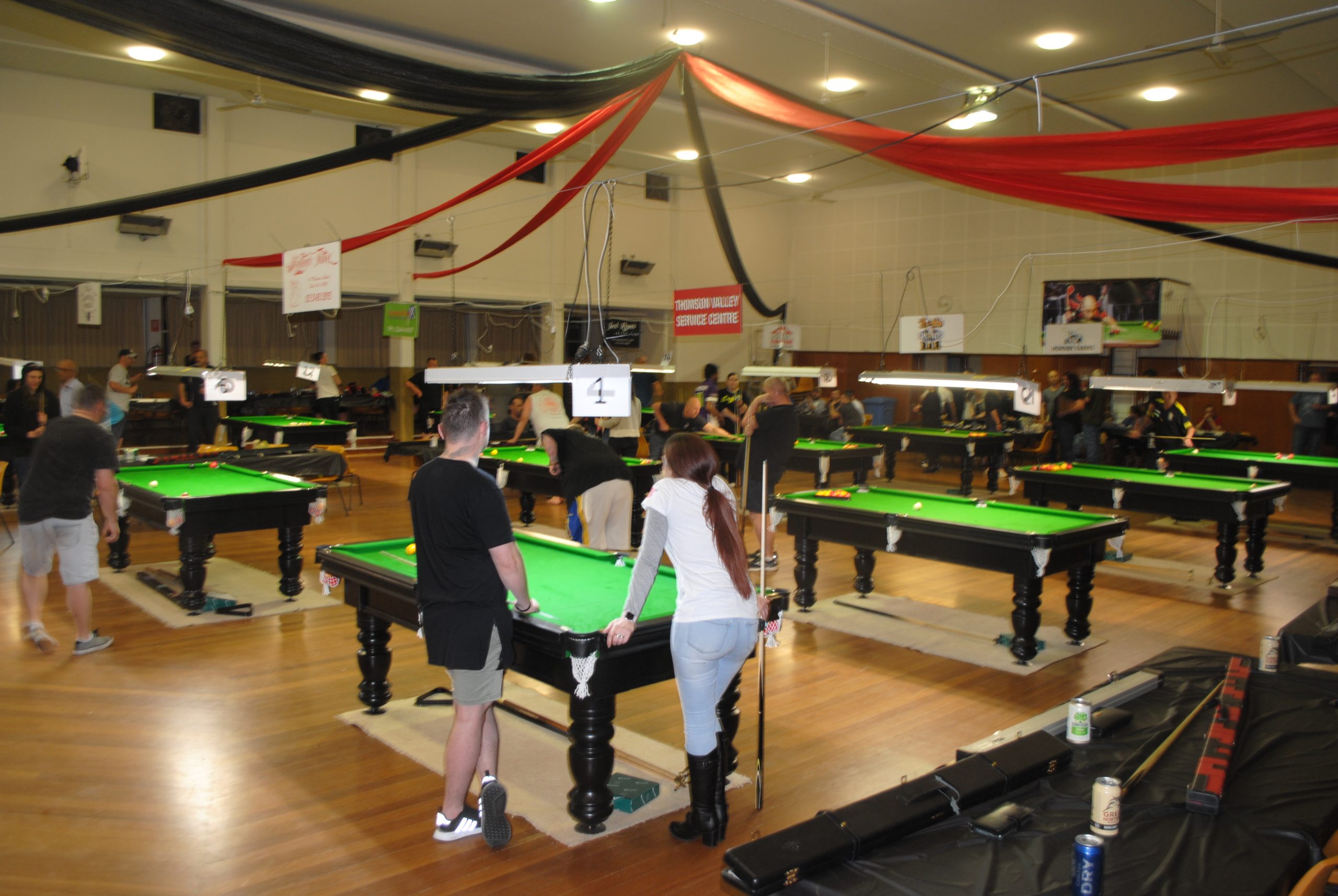 THE annual Gippy Cup eight-ball tournament was played over last weekend, with pool players from across the state converging on the Sale Memorial Hall to compete.

Presented by Wellington Eight-Ball Association, the tournament saw its greatest ever number of participants register in its nine-year history, with up to 40 teams taking to the tables for the three-day event.

The first night was named in honour of former Gippy Cup director and Sale resident Leon Lett, who lost a long battle with leukemia earlier this year.

Players played a knock-out tournament for the Leon Lett Memorial Championship, with a large print-out of Lett draped across the hall overseeing the action.

“We usually average about 70 to 80 people, we’ve blown that out of the park by 120 people so it’s absolutely massive, it’s incredible,” he said.

“Losing our best mate Leon, everyone’s coming this year to pay their respects.

“He [Leon] was unbelievable, he ran the two leagues [Wellington and Maffra] so we’re all here for him as a tribute.”

Leon’s Lobster was the best local performer, with the Wellington-based team runner-up in division one.