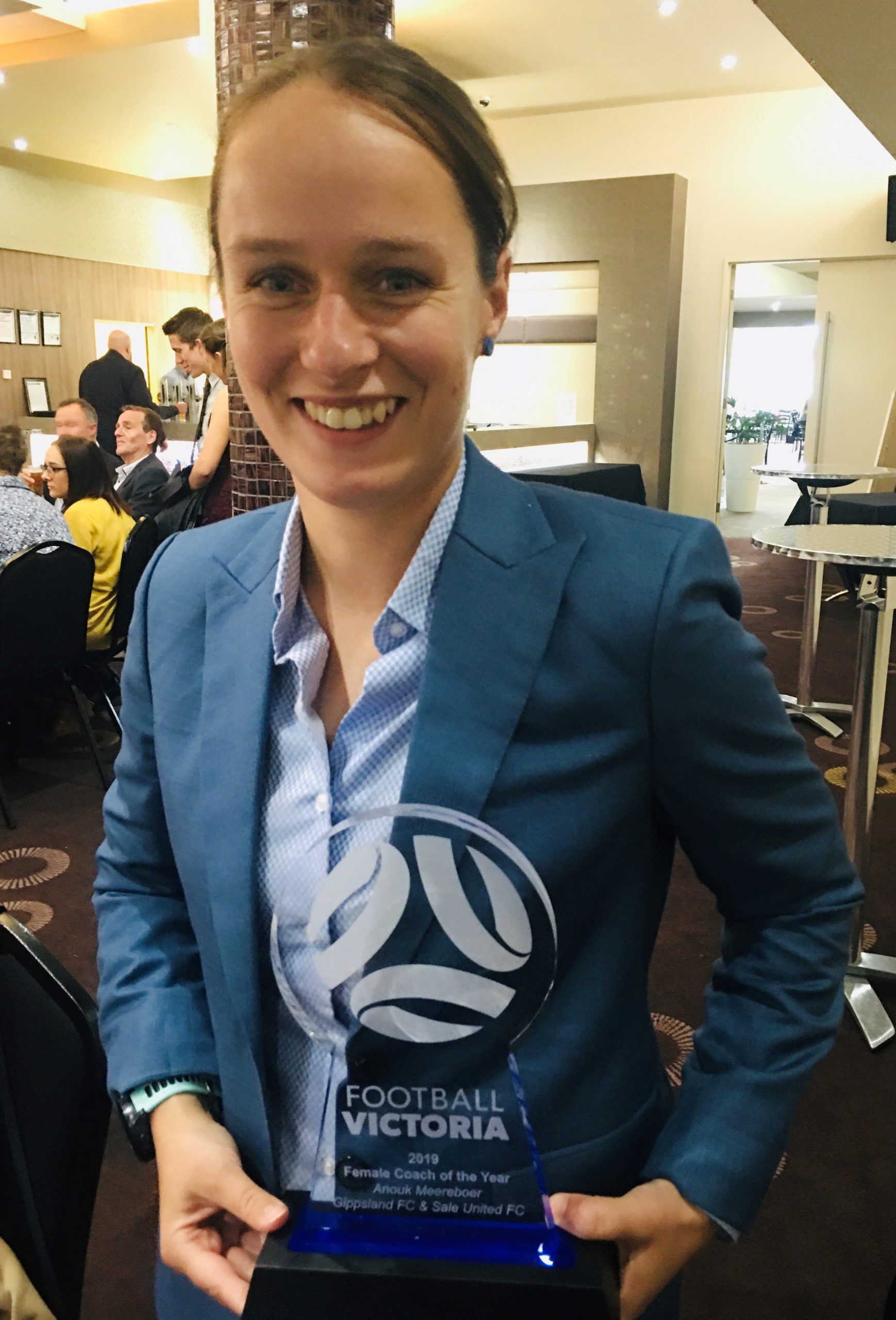 Held at Hyatt Place in Essendon Fields last Friday night, the awards shine a light on those community heroes for all the work they do for the game and where their contributions are acknowledged and celebrated.

Meereboer lives and breathes football seven days per week, and is a highly sought after ‘C’ licence coach. She was instrumental in the development of the Sale United under 16 White boys’ team, which competed in the Latrobe Valley Soccer League each Saturday and was one of the competition’s most improved sides.

She also coached the Gippsland Football Clubs under 14 girls’ team which competed in Melbourne’s South East girls’ league on a Sunday and made the top four.

In between these two commitments, Meerebeor played for the Sale United women’s team when she was available and was a valuable addition to the squad.

More than 500 people from across the state were at the function where special guest, legendary Socceroo, John Aloisi, shared his story on his football career.