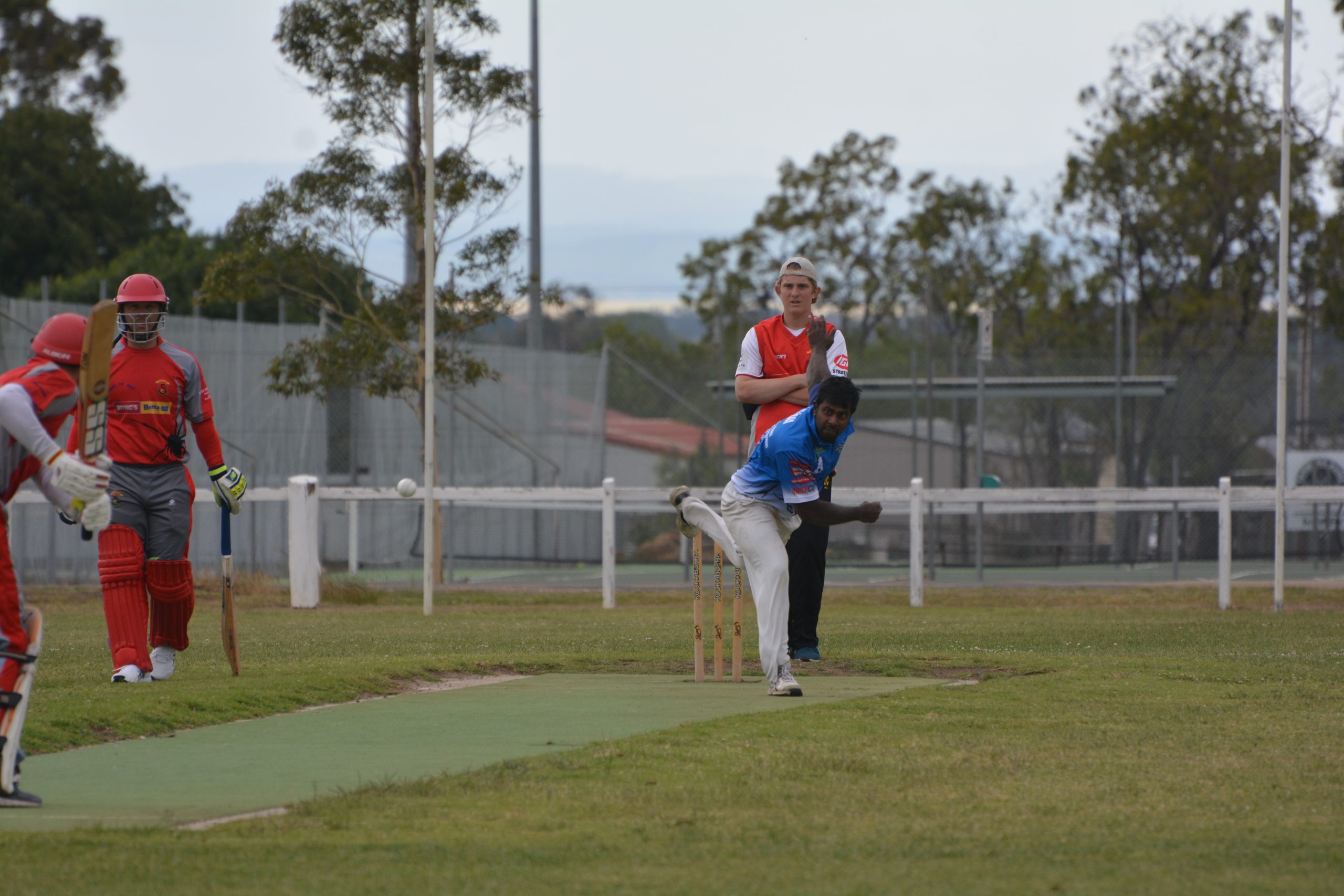 BUNDALAGUAH was too strong for Maffra during Tuesday night’s round of Sale-Maffra twenty20 cricket, with Bulls opening bat Jason Langshaw scoring a powerful century.

Langshaw (104 not out) combined with Steve Spoljaric (59) for a 136-run opening stand to help Bundalaguah make 1-191. Maffra made 5-99, with Lee Hopkins scoring 56 not out, but receiving limited support.

COLLEGIANS hit the ball to all parts of the ground against Boisdale-Briagolong, racking up a huge total of 5-216.

Nick Grainger and Zac Hurley both had fun out in the middle, as the pair slayed the Saints’ bowling for boundary after boundary.

Grainger and Hurley each scored 90, with the former batting through the innings to remain not out. Collegians’ run rate stayed at 10 an over for the entire innings, as the ball pinged off the middle of the bat and either raced across the outfield or went sailing over the fence.

With its spirts demoralised, Boisdale-Briagolong was never in the hunt, and was bowled out for 116.

Daine McGuiness took 3-34, while Henry Anderson took 2-17. Elliot Durrant was also effective after coming back from premier cricket for a game, and collected figures of 2-3.

SALE had a similarly straightforward win over Rosedale-Kilmany.

The Swans made 183 from their 20 overs, with Coenie Nel top-scoring on 90. Nel hit three sixes and eight fours in his innings, and received good support from Rohan Blandford, who made 37, while Ben Jones had a cameo performance with 26 from 21.

Dylan Rowley took two wickets for the Warriors and may have thought he was in for a big one when he had a wicket with the score on zero before Sale began its onslaught.

In reply, Rosedale-Kilmany was never in the hunt, and when it sank to 4-32, the game was as good as done. A few double digit scores was never going to be enough to get the Warriors the points they needed, and they were bowled out for 111.

The Lizards batted first but could only compile 9-100 from their allotted overs. Richard Bell made 30 from 23 balls, but failed to receive much of a chop out from the rest.

The Redbacks got off to a shaky start in the run chase, with the scoreboard reading 3-19 before Jack Rietschel saved the day with 52 from 46 balls.

Calum Jackson knocked over Brayden McCarrey and Chris Aurisch to be the best Longford bowler, with figures of 2-16.

With one round to go Stratford has booked itself a grand final ticket, and will meet either Sale or Rosedale-Kilmany for the title.

Sale will play Boisdale-Briagolong in the final round next Tuesday, and Rosedale-Kilmany will play Longford.

The Swans are currently ahead of the Warriors on net run rate by some distance.

Assuming both teams win their next game, the mathematical chances of Rosedale-Kilmany overtaking Sale appear small.

IN division two, wins went to Stratford, Collegians and Sale. Stratford remains unbeaten and looks likely to play Collegians in the final.