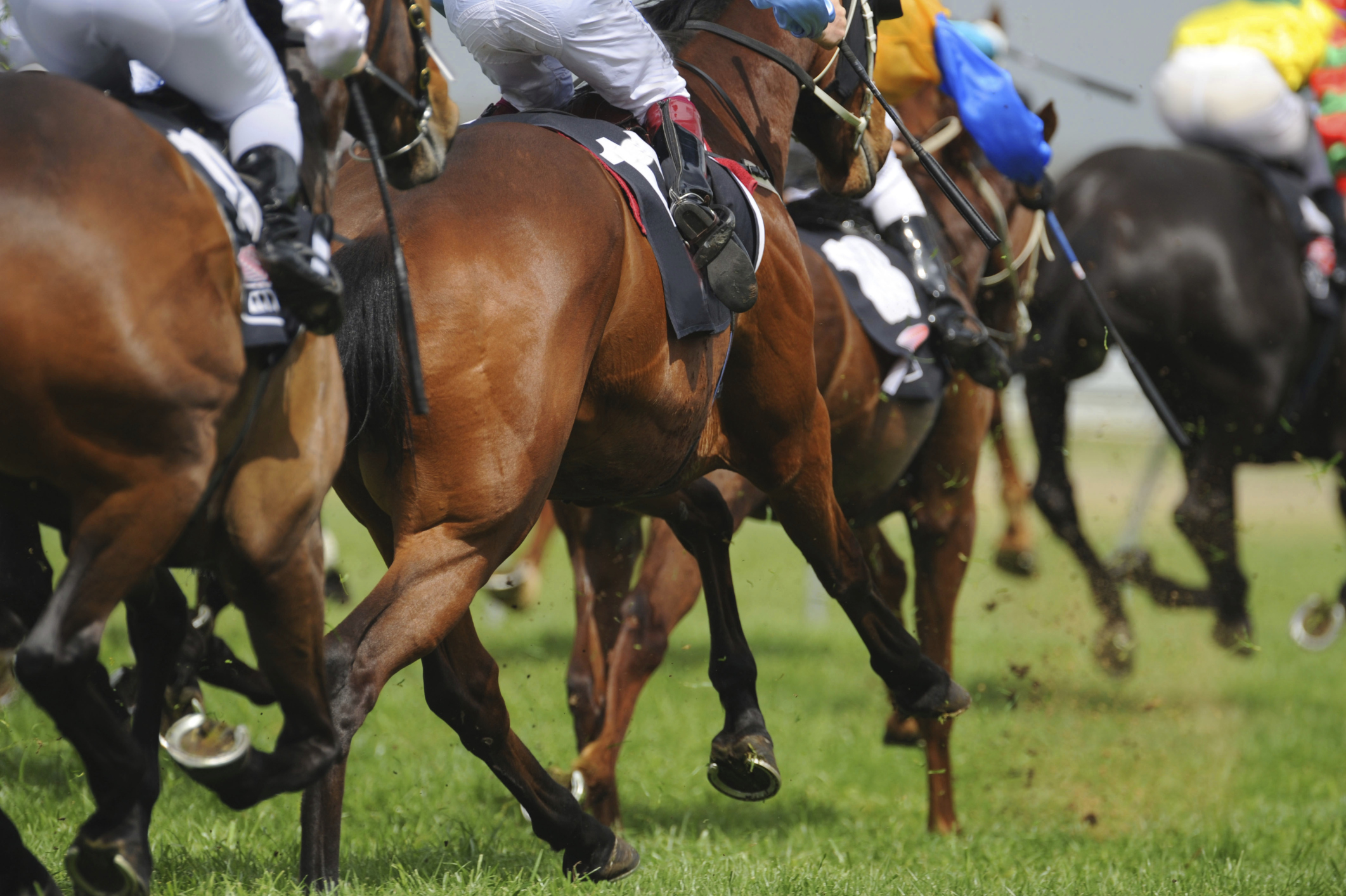 FESTIVE cheer was in the air at Greenwattle Racecourse for Sale Turf Club’s annual Christmas race meeting on Sunday.

With many race-goers attending end of year parties, the eight-race card featured some eye-catching runs and good performances from Gippsland-trained horses.

The track, rated “good four”, gave all runners a chance to win.

Symons began the day with victory in race one, a three-year-old maiden over 1005 metres, on Rock Prophet, trained at Cranbourne by Ray Besanko.

The three-year-old gelding drifted to the back of the field at the start, but weaved through traffic to beat Cardice, which led for most of the race, by half a length.

In the race two maiden over 1411m, Zero Doubt, ridden by Callow and trained by Mick Price and Michael Kent, lived up to his name. The three-year-old gelding kicked away in the straight to win by four and a half lengths.

Justjules, ridden by Allen and trained by Wendy Kelly at Cranbourne, won race three, the fillies and mares maiden over 1511m, by two and a quarter lengths.

The four-year-old mare impressed in working from the tail of the field to the front and hit the finish in a canter.

Six-year-old gelding Byalip, trained by Rick Harrison at Mornington, went from back to the lead within 100m, heading towards the straight before winning by three lengths. Fast Foils, trained at Sale by Wayne Walters, just missed out on the placings, coming fourth.

The finish of the day came in race five, the benchmark 64 handicap over 2219m.

Favourite Alabama Man, ridden by Callow for Jackson Pallot at Bairnsdale, weaved through the field to finish just ahead of Karakoram and Darken Up, trained in Sale by Walters and ridden by daughter Kate.

Race six, the benchmark 64 handicap over 1728m, was won by Tavonian, ridden by apprentice jockey Michael Poy for Monica Croston and Gerrard Gilmour at Pakenham.

The seven-year-old gelding was well set through the race before breaking away to win by two lengths. Last Dance, for Cliff Murray at Kilmany, came third.

Allen’s second winner came in race seven, the 64 benchmark handicap over 1411m, on Toorak Warrior, for Robbie Griffiths at Cranbourne. The five-year-old gelding recorded his second win in three starts, finishing three-quarters of a length ahead of favourite Think ‘N’ Fly for the Hayes-Dabernig team and ridden by Luke Nolen.

A second Gippsland winner came in the final race, the benchmark 64 handicap over 1105m.

Doctor Coto, ridden by apprentice Campbell Rawiller for Ian Jones at Moe, led all the way along the inside rail and responded strongly to challengers to win by three-quarters of a length.

The next meeting at Greenwattle Racecourse will be the Kids’ Day Out on Sunday, January 12.