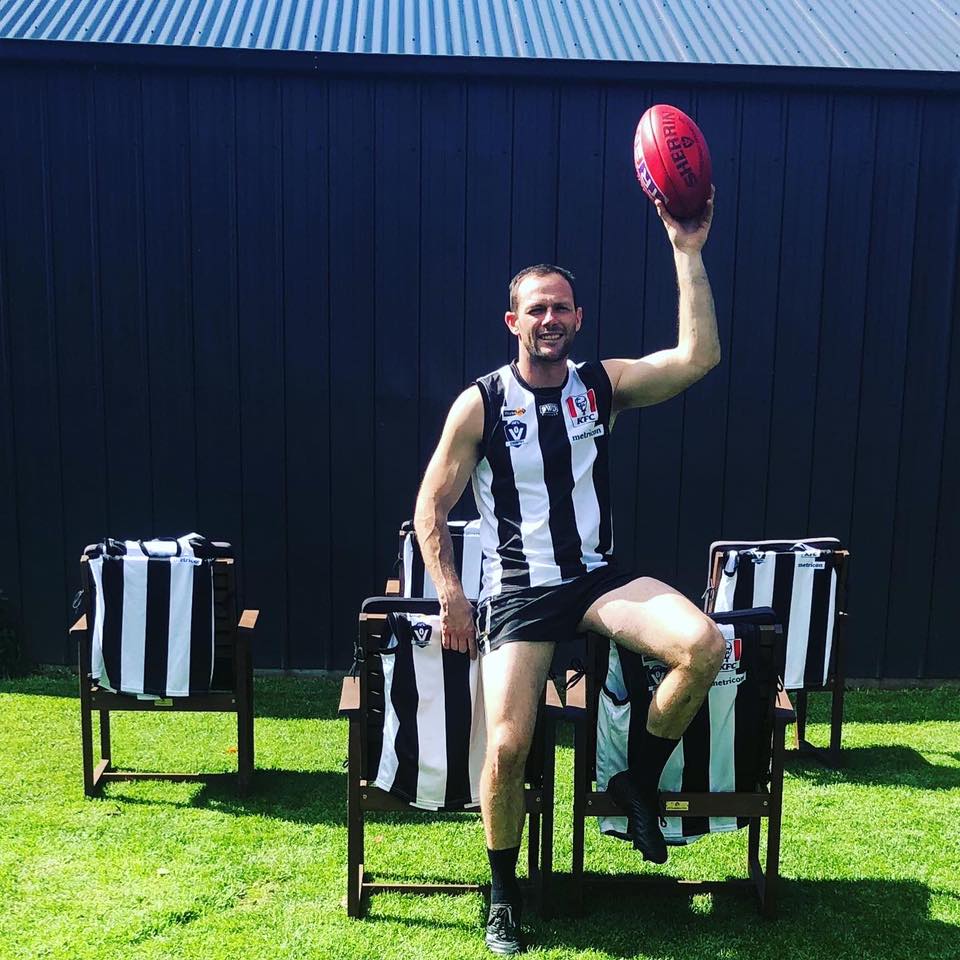 SALE began its unofficial 2020 Gippsland League season on the right note, defeating Maffra in a virtual Battle of the Birds clash.

Fortunately for the Eagles, the day’s play was anything but officical, as the football and netball ‘matches’ were played online in the comments section of a Facebook post, as a bit of light-hearted fun amid the coronavirus pandemic.

The Magpies did enough in the finish to record a 12 point win, in a match that saw a remarkable display of accuracy in front of goal, with the final scoreboard reading Sale 22.1 (133) to Maffra 20.1 (121).

The day began brightly for Sale, with club legend Kevin Hogan calling correctly at the toss, before a low scoring opening term ensued.

The match opened up in the second, as Maffra was able to enjoy a period of dominance, kicking seven goals in a matter of minutes.

The Magpies then responded with eight goals of their own to take a slender six point lead into the main break.

It was a similar story as players took their positions for the second half, as momentum continued to ebb and flow between the two sides.

In a pulsating final quarter, spectators were kept on edge as the Magpies went deep into time on holding a six point lead.

Needing a match winner to put the result beyond doubt, Sale midfielder Kane Martin emerged from congestion inside forward 50 and guided a classy left foot goal to seal victory.

It was a fitting end to the match for Martin, who had a memorable day out in his 200th senior game, collecting 57 disposals and registering 24 clearances.

In further good news for the Magpies, the A grade netball team also secured victory, giving new coach Janine Havers the perfect start to her time in charge.

Sale got off to a handy three-goal lead at the first break, with Melanie Johnston outstanding in defence and Jo Crawford-Wynd providing plenty of run through the mid court.

A free-flowing game was played out during the next two quarters, with the match up for grabs at the final change of ends as the Magpies held onto the lead by a solitary goal.

The Magpies held their nerve in the final 20 minutes, to eventually record a hard fought 71 to 68 win.

Sale found classy contributions from Lara Dunkley and Kate Eddy at either end of the court, in an extremely high standard display of country netball. Others to perform well were Tori Dessent, Morgan Mayne and Olivia Barnett, with Lexi Joyce and Elyse Murray also providing valuable input.

The commentary drew plenty of internet traffic and gave people stuck at home wanting to get out and play sport something to interact with.

“The idea just came about from trying to keep connected with everyone,” Pearce explained.

“I saw a few posts about what would’ve been round one across the countryside and just tried to make up something that might be a bit of a laugh.”

Kane Martin was a good sport in the virtual game, getting fully kitted up and running through a mini banner for his milestone game with his one-year-old daughter Savannah and Golden Retriever Bobby, before being ‘chaired off’ by actual chairs dressed in Sale football guernseys.

Although it appears highly unlikely things will change any time soon, all football and netball clubs will be sweating on a decision by the AFL next week to see whether or not local competitions can resume next month.