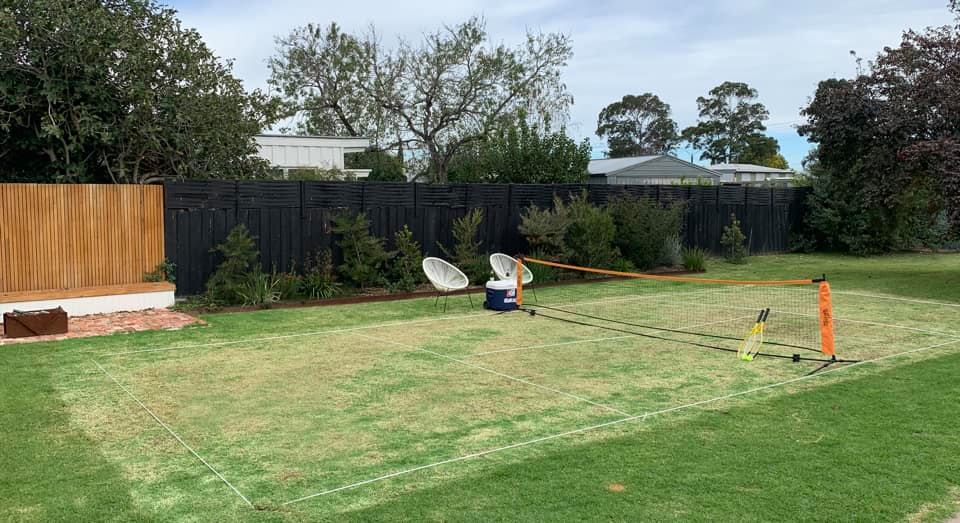 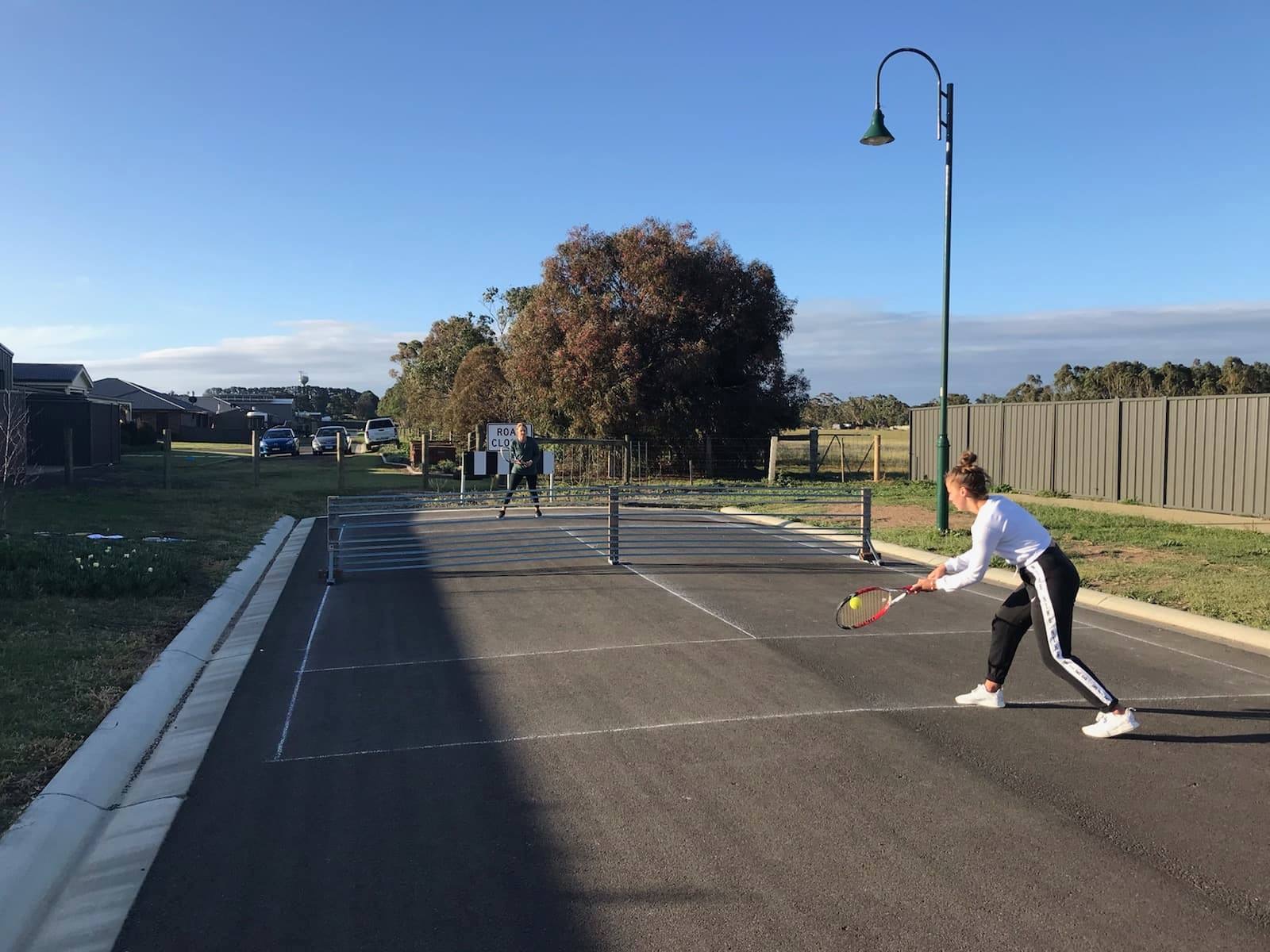 AS coronavirus halts most sporting events for the foreseeable future, several tennis players across the region spent their first Easter away from Maffra Lawn Tennis Club in decades, after its 94th annual Easter tennis tournament was cancelled.

However, the club reported via its Facebook page that some of its more enthusiastic players were still able to squeeze in some Easter tennis action.

While one particularly enthusiastic family was able to hold its own Easter tournament, as two brothers residing in the same household played off against each other on the family’s backyard tennis court, not all competitors were so lucky as to have access to a court.

One family cordoned off a disused deadend street, using a dog barrier as a net and chalk as lines to hold their own mini game.

One of the club’s biggest tennis tragics got a bit resourceful with the lawn mower to make his very own ‘Quarantine Court’, with white rope for lines.

“Other than the ball boys’ complete lack of professionalism and no jelly slice or scones, the tournament ran pretty smoothly with maximum entries given restrictions (two),” the club reported, accompanied by a photo of two canine ball boys looking very pleased with themselves.

The man, a former winner of the Maffra tournament’s men’s singles (which traditionally boasts a cash prize), took great pride in wiping the court with his girlfriend, before demanding his cheque.

Now most regular sporting competitions have been cancelled or postponed, what are you doing to get your sporting fix? Have you modified your regular game to be self-isolation friendly? Perhaps you adopted a new sport for the self-isolation period, and bought a bike or a table tennis table before heading into isolation?

Let us know at sport@gippslandtimes.com.au