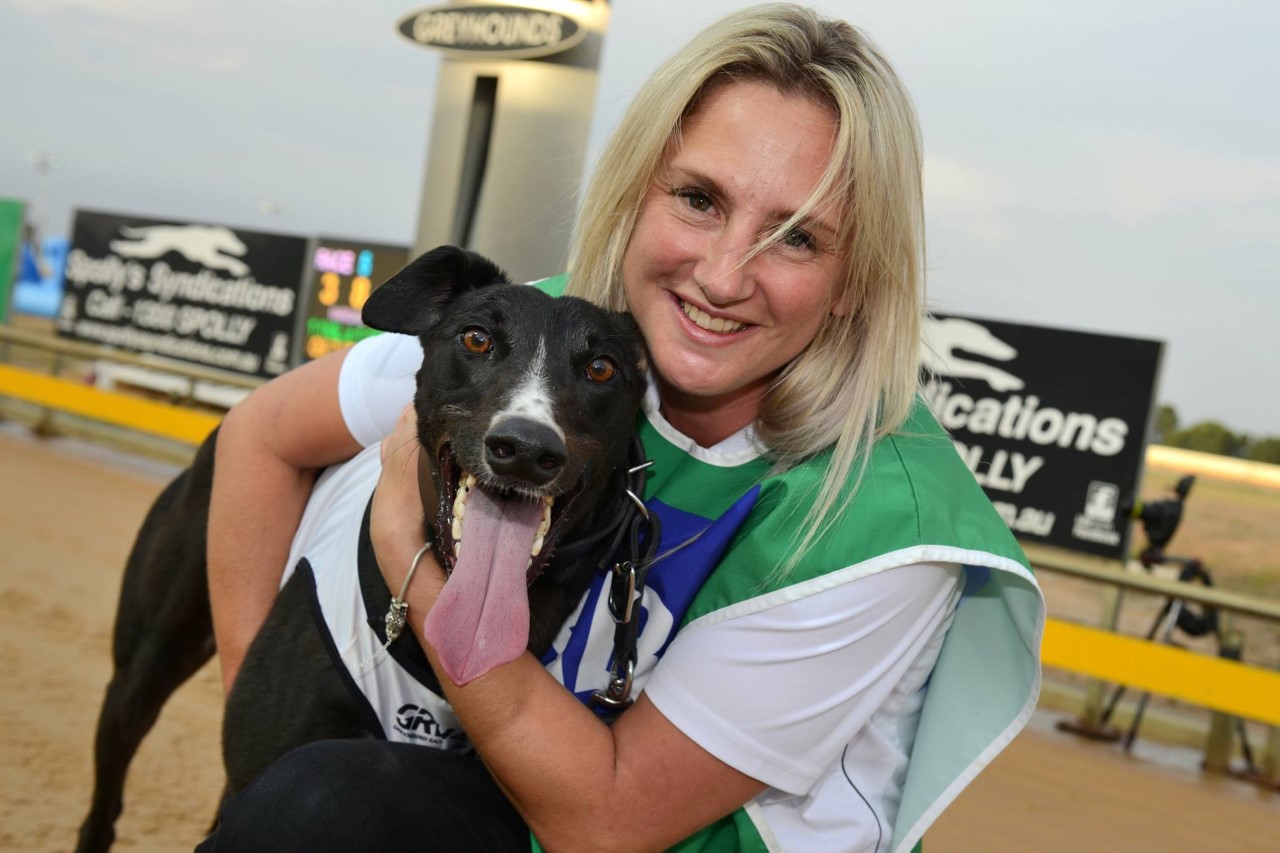 GREYHOUND trainer Kate Gorman will be chasing an incredible seventh consecutive win with Ice Cool Kaedyn this Saturday in Melbourne.

The four-year-old has taken a liking to Sale Greyhound Racing Club, having won a quartet of races at the venue since debuting in June 2017.

Gorman rated Ice Cool Kaedyn’s most recent win in Sale as one of the best of the dog’s career.

“The time wasn’t there but it showed how tough he is,” Gorman said.

“He just fought it out to the end.

What makes Ice Cool Kaedyn remarkable is by four years of age, most greyhounds are enjoying retirement.

This greyhound however has defied age and several careerthreatening injuries to hit his straps, in what will be his 82nd lap around the track.

“The times he’s running are better than when he was two-and-a-half, and he’s getting close to four-and-a-half,” Gorman said.

Despite his picket fence form-line, Ice Cool Kaedyn is a $10 outsider in this Saturday’s 525m Free For All.

“I’m not as confident about Saturday night,” the Tanjil South trainer conceded.

“He’s meeting the sort of field you would expect in a Saturday night free-for-all, but he deserves a crack at it.

“His good traits are that he’s reliable early and he doesn’t give up.

“I’ve got quicker dogs, but I’d love to have a kennel-full of dogs that chase like he does.

“He’ll tell us when it’s time to retire, but I don’t think we could stop him if we wanted to at the moment.”

Ice Cool Kaedyn will jump from box four in race eight at 8.53pm.