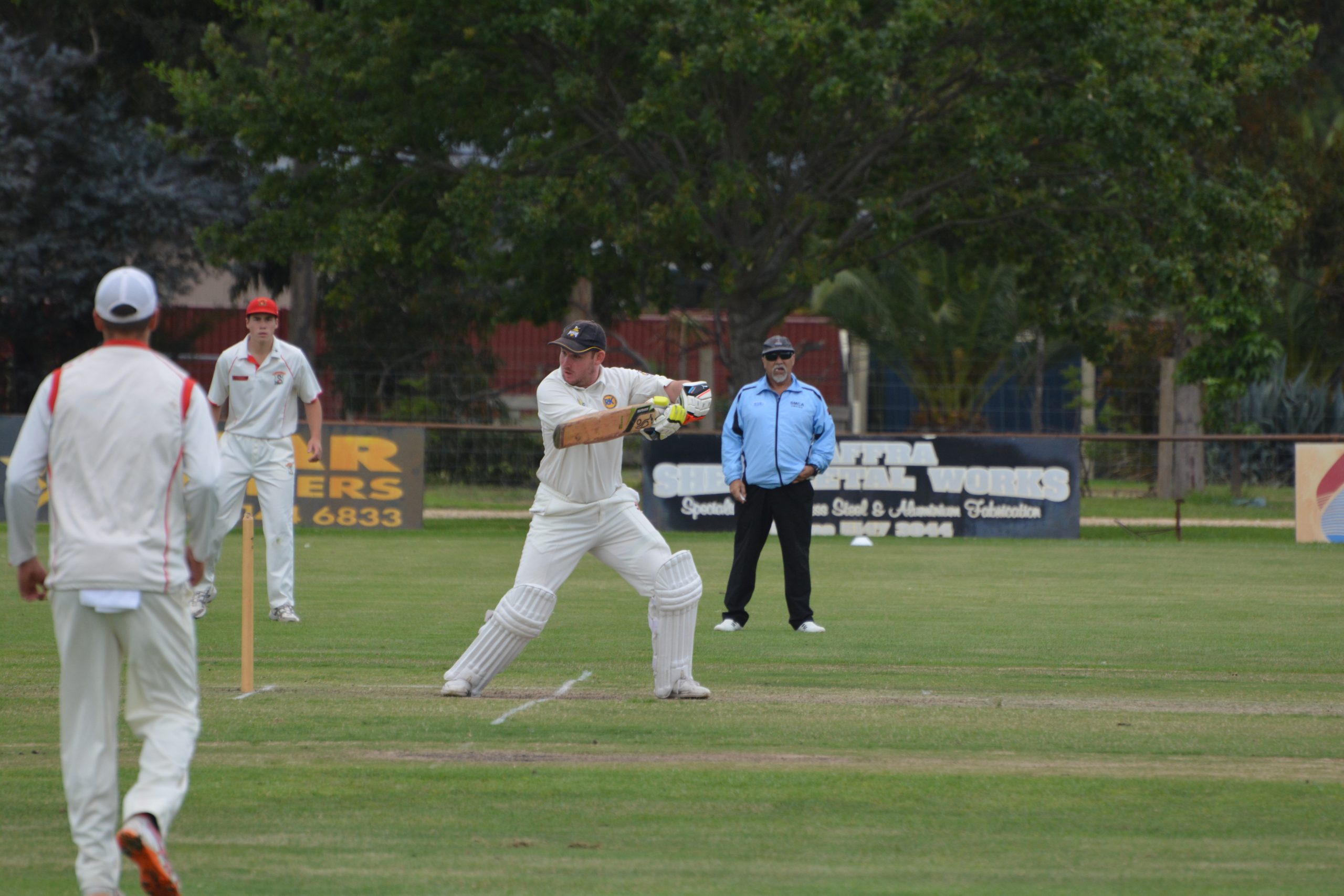 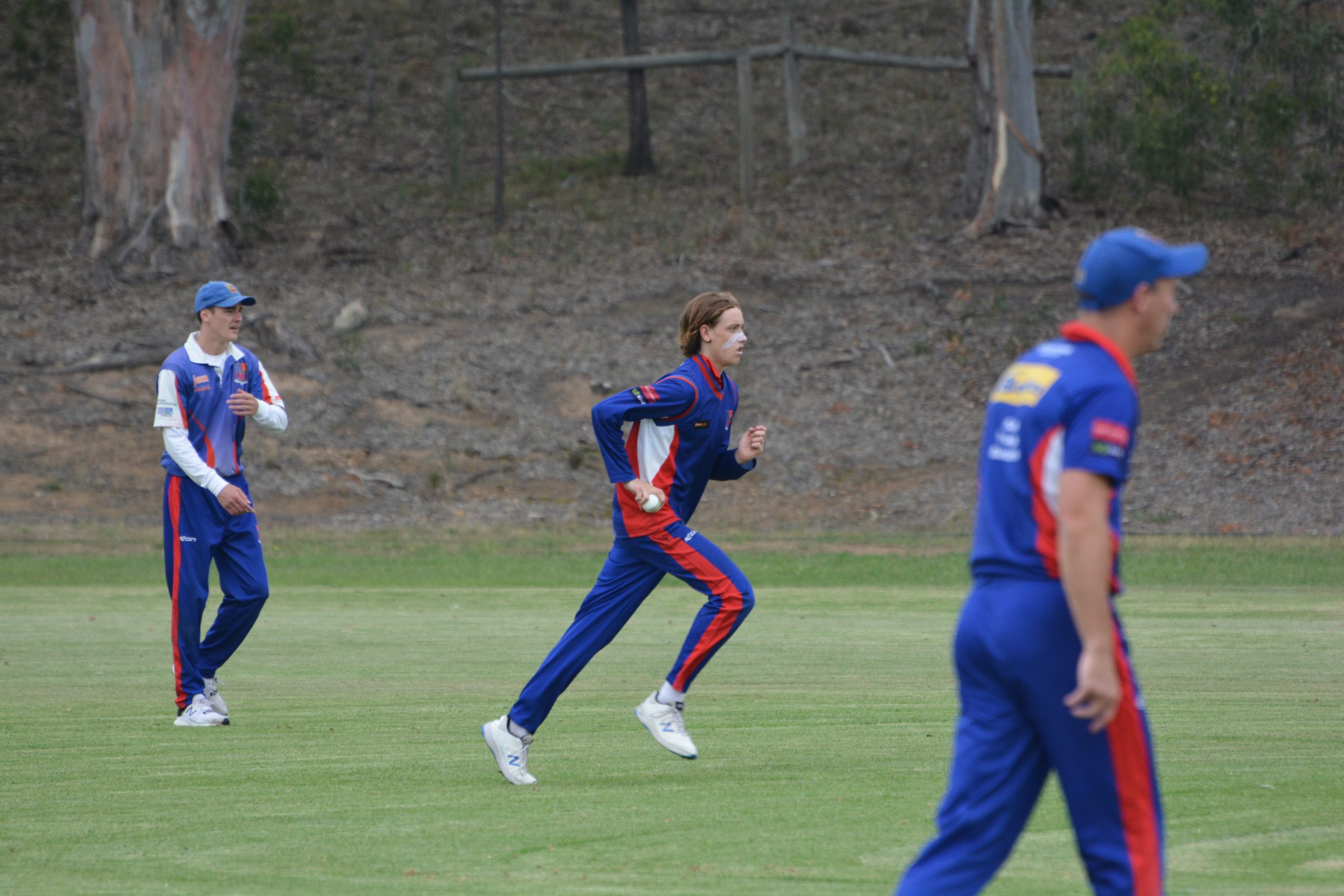 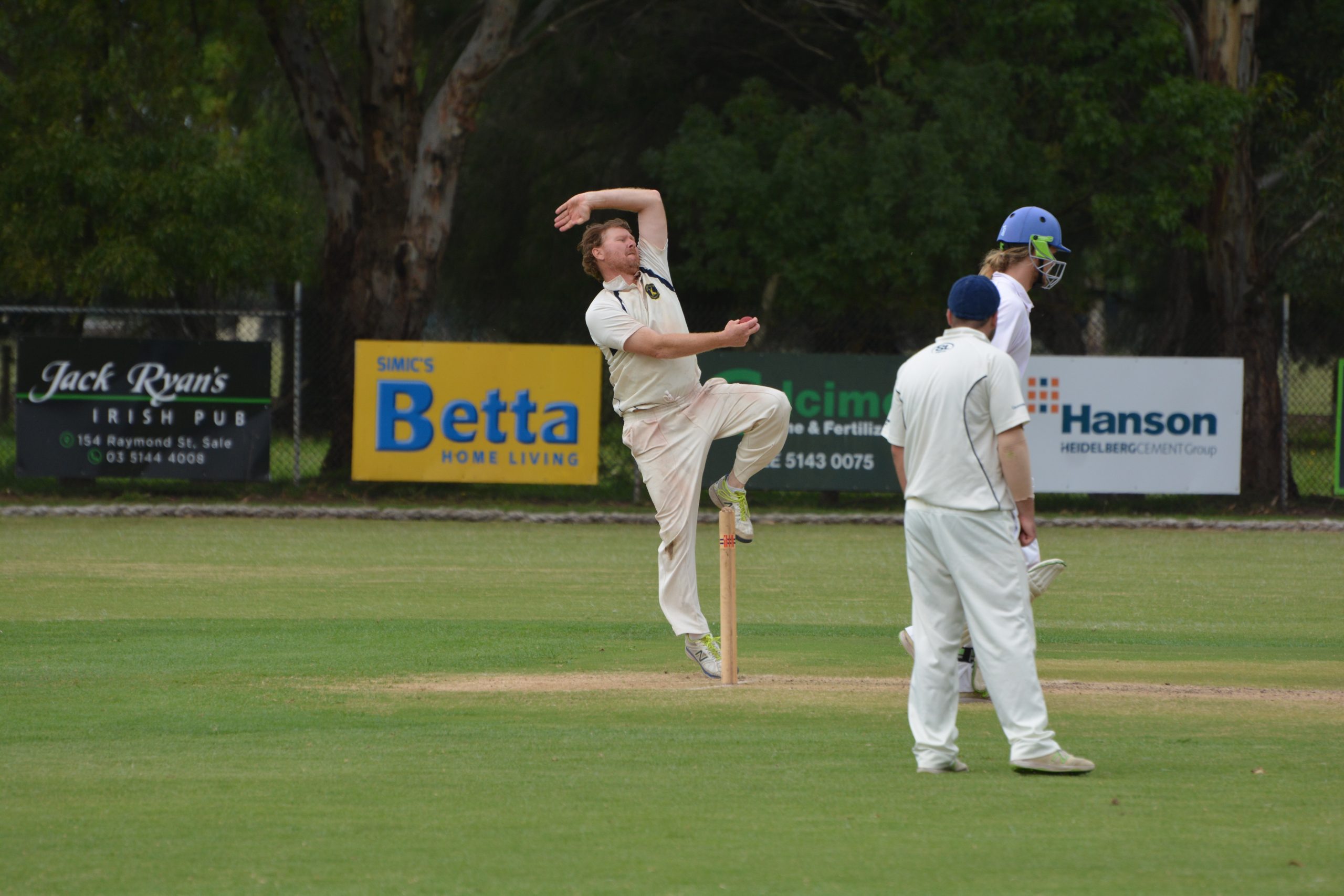 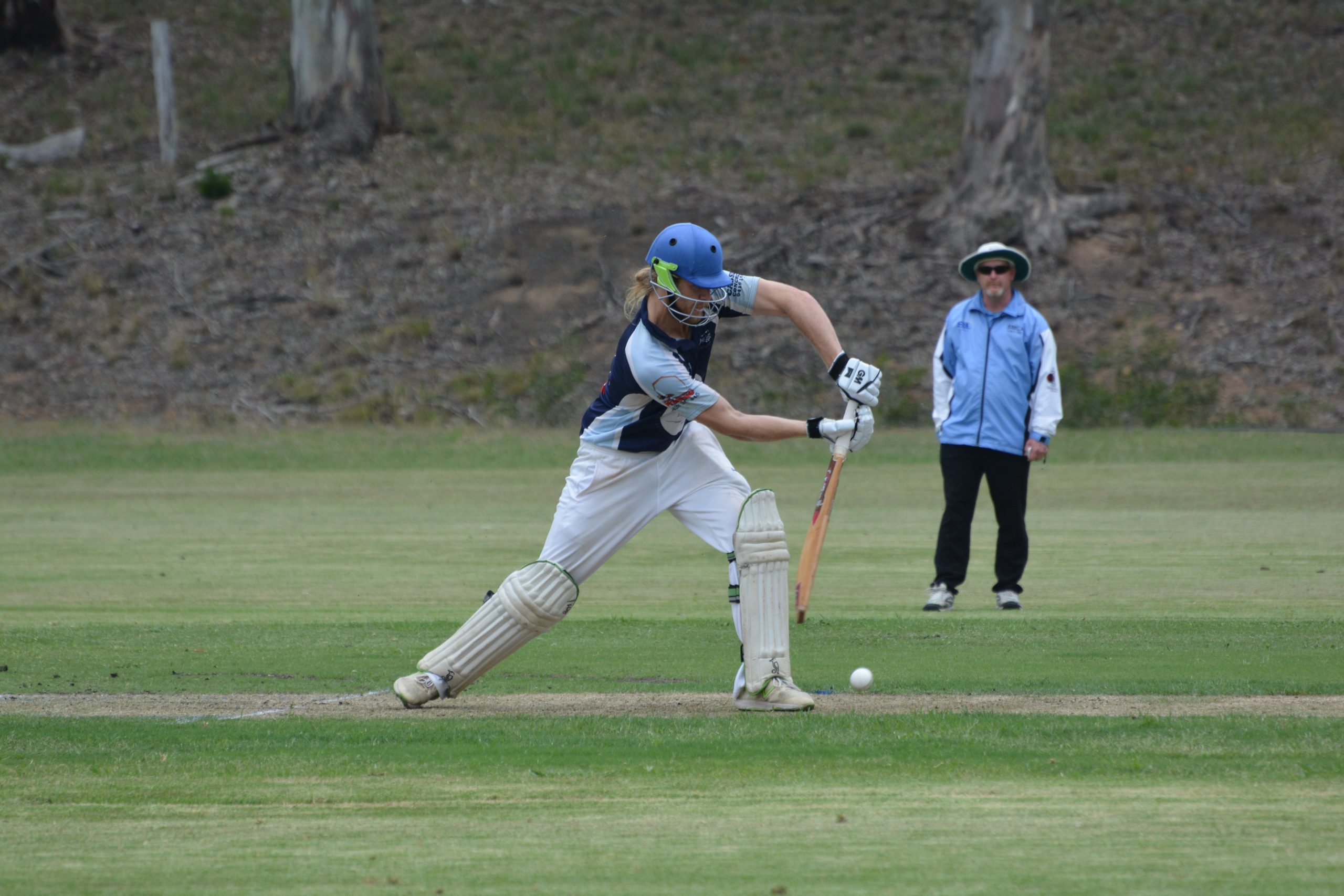 AS teams which won Sale-Maffra cricket premierships last month come to grips with exactly how they were won, players from the premiership winning teams have probably experienced equal feelings of achievement and emptiness in the aftermath.

Following the cancellation of grand finals and the awarding of flags to the higher-ranked team, few could have imagined what was to follow, as all local sporting clubs have effectively been shut down for the foreseeable future.

One has to feel sorry for cricket clubs who have had to cancel presentation nights and end of season trips.

As local cricket players slowly come back down to Earth following a whirlwind period, it is worth reflecting on the effort of clubs and acknowledging the achievements of individuals in what will surely go down as a truly once-in-a-generation cricket season.

THE Swans were rewarded for six months of high performance, during which time they won 12 of 14 completed games to take the premiership. Having finished the regular season three wins clear of its nearest rival, few could argue Sale was not the best team in the competition during 2019-20.

Sale’s dominant home-and-away form stemmed from a core nucleolus of players who were able to get onto the park most weeks. Amazingly, 10 Sale players played at least 15 games this season, which allowed for a consistent brand of cricket to be played week-to-week.

Additionally, Sale’s performances this season may have been due in part to a culmination of strides forward in recent years, with everything eventually coming together in the past six months.

Semi-finalists in 2016-17 and runners-up in 2017-18, the arrival of now premiership captain Rohan Blandford in 2018-19 and the signing of gun South African all-rounder Coenie Nel this season ensured the Swans were complementing natural progress with quality inclusions along the way.

Nel capped off a great time in Australia by being crowned the SMCA player of the season.

The Swans added to their side further at the halfway mark of the season, when it identified the need for a genuine number three batsman. Having not played first grade cricket for Sale in more than 10 years, Luke Bates answered the SOS and was drafted into the team.

For a number of Sale players who have given the club outstanding service over many years, the premiership offered some good reward for loyalty.

Having played close to 850 games for the club between them, one has to feel that Sale players John Mayman, Matt Raidal, Ben Jones, Lachlan Carman and Simon Jago deserved to win a premiership, along with Andrew Nicholas, who had waited a long time for the day to come.

Although critics may say it was a default premiership, those who have been around local cricket long enough will be able to rattle off any number of instances where things have gone against their team such as batting on a dodgy second week pitch or bowling with a wet ball in driving rain. It is for these moments that Sale players may feel their premiership acts as some sort of leveller in the scheme of things.

SEASON 2019-20 ended up being a double blow for the Redbacks, who were left to rue what might have been after grand finals were cancelled.

With its firsts and seconds making deciders, the stage was set for a mega-celebration in Stratford if the Redbacks were able to bring home two flags.

Unfortunately, for those wearing red and white, this did not eventuate, as Stratford finished the lower of its grand final opponents.

That being said, there was plenty of upside to Stratford’s season, and one has to give the club credit for doing as well as it did in the face of many challenges.

No team was forced to use more players in first grade this season because of injury and unavailability than Stratford, as the sides batting order changed from week-to-week.

The loss of wicket-keeper and opening batsman Cormac Hassett was a blow, given his ability to negotiate the moving ball, but the Redbacks found an answer after Hassett went down with injury by bringing in Ben Channing from third grade to not only keep wicket, but to pinch hit down the order.

Channing’s late run of scores above 50 was one of the success stories of the season.

Because of the numerous changes Stratford was forced to make, a number of young players were given the chance to test themselves in the top flight, and should be better for the experience.

Seb Pendergast and Tom Wrigglesworth played large chunks of the season and did not look out of place at any stage.

Other youngsters in the Stratford line-up to watch out for in years to come are Dean Devisser, Ethan Albrecht, Ethan Aursich and Noah Bennett. They have the makings of good senior cricketers, and should look forward to the opportunity to take on more responsibility as they reach adulthood.

Away from first grade, the Redbacks’ celebrated success in junior grades with a premiership in the under 16s and a grand final appearance in the under 14s.

Senior players Jack Wrigglesworth and Jack Rietschel showed their generosity by coaching the under 16 team and astonishingly, led a nine-person Stratford team to the premiership.

The Redbacks were also successful in this season’s twenty20 competition, winning the two divisions on offer.

Rietschel and Wrigglesworth each had memorable seasons in representative cricket, and were part of the Victorian team that won the national country championship.

Having rose above virtually every obstacle it was confronted with this season, Stratford, while disappointed and frustrated with how it ended, can walk away from 2019-20 with a great deal to be happy about.

ROSEDALE-Kilman y again flew under the radar for most of the home-and-away season, picking up wins and taking a few scalps along the way.

The Warriors defeated eventual runner-up Stratford twice during the season, and came close to making it three from three after a nerve-racking semi-final.

Rosedale-Kilmany got on a roll after Christmas, and did not drop a game from the middle of January until the semi-finals.

A strength of the team was the even contribution of players in the top six, with most chipping in with handy 20s and 30s most weeks.

Club favourite Michael Walters was arguably the most improved player in the competition, and finished the season with 388 runs, an increase of 300 per cent from his effort the previous season.

COLLEGIANS snuck into finals following a last round outright victory over Longford.

College actually lost two more home-and-away games than Bundalaguah, who finished fifth, but scraped into the finals on percentage.

The team then came within two wickets of making the grand final, and looked on track to gate crash the decider in a pulsating semi-final which went down to the wire against Sale.

Having defeated the Swans in the one-day final, College would have been eager to make it two flags in four weeks, but alas, it was not to be.

With the best crop of young players in Gippsland at its disposal, Collegians should be set for another period of success in the SMCA in years to come.

Players under the age of 20 in Zac Hurley and Tom Morrison led the league batting and bowling aggregate respectively this season, while under 18 Jed Malone was selected as the best wicket-keeper in the competition.

College officials will be hoping the performances of its young guns this season wasn’t a false dawn and that their best years are ahead of them.

BUNDALAGUAH was one of the hard luck stories of the competition, after it was denied a place in the finals by just 0.051 of a per cent.

Having won three more games than it lost during the regular season, it was somewhat bewildering the Bulls actually missed out on the opportunity to play finals. Ultimately, the weather had a fair say in Bundalaguah’s fate, as the side recorded three draws throughout the season – the most of any team.

Had the Bulls have made finals, one can only imagine what sort of damage Steve Spoljaric could have done with bat and ball given his mesmerising achievements in previous finals in high levels of Melbourne grade cricket.

There was still some celebrating that took place in the Bundalaguah rooms as the season wound up, with the Bulls claiming the seconds and fourths premierships.

THE Eagles offered an interesting contrast in season 2019-20. A six-six win-loss record at the end of the season showed what could have been had a few results gone their way.

The evenness of the home-and-away season was probably best demonstrated by the fact Maffra could have finished as high as second on the ladder after the last game.

The Eagles would have been pleased with the performances of Jack Egan out in the middle, who was able to put together a strong season.

Had Daniel Bedggood been available more often, the Maffra top order would have really been solidified with Egan and captain Josh Davis giving opposition bowlers plenty to think about.

In some consolation, the Eagles celebrated their 50th year as a reformed club with a premiership in third grade.

THE Saints teased at times in season 2019-20, but were ultimately too inconsistent to mount a strong premiership defence.

Boisdale-Briagolong showed its credentials with victory over finals teams Stratford and Collegians, and was robbed of some other wins due to inclement weather.

Skipper Toby Leeds led by example with the bat, amassing more than 500 runs, but was bereft of much support for large parts of the season.

Leeds’ unbeaten 81 in the win against Stratford was one of the innings of the season, where he batted with six partners to chase down more than 200 in a one-day match.

In fairness to Boisdale-Briagolong, the loss of Jordan Price and Jack Wrigglesworth, who scored nearly 800 runs and took 40 wickets between them in the 2018-19 premiership season, was always going to leave a fairly big gap.

DESPITE finishing the season in last position, the Lizards took steps in the right direction and showed promising signs throughout the campaign.

Longford had periods of success in 2019-20 and probably deserved to win more than the one game it did. Highlights of the Lizards’ season was a breakthrough win against Boisdale-Briagolong before Christmas, and scoring close to 300 against Maffra.

With former England international Stephen Parry at the club, the young Lizards players were able to learn from the best, and a number of players put in strong performances, including Lachlan Cunningham, who scored a determined 72 against eventual premier Sale.

Fellow Englishman Richard Bell was the star recruit for the season, scoring 460 runs and giving the team some stability at the top of the order.

Characteristics of a team in development meant, naturally, the Lizards suffered some hammerings during the season, but this did little to dampen spirits. In a good sign, it was not unusual to see half a dozen or so Longford players in the nets on a Friday night before a match.

By their own admission, the Lizards are probably in need of an out-and-out strike bowler, and could have a few names to chase up during winter.