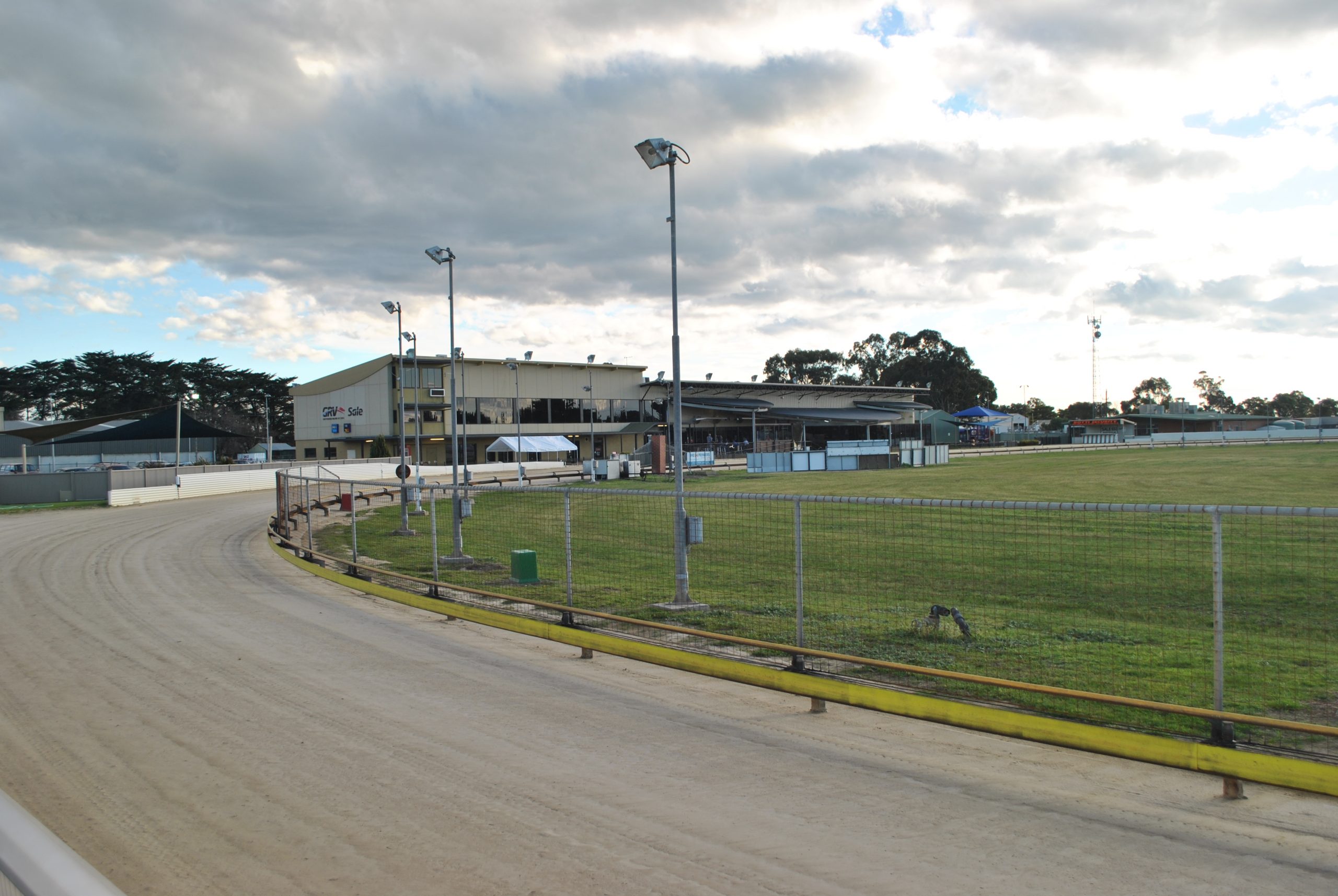 COLLINDA Beat, trained at Boisdale, won the 440 metre maiden final at the Sale greyhounds on Sunday.

The dog, prepared by Sam Tyler, improved from his time in the heats to win in 24.67 seconds.

Collinda Beat was out of the box quickly and drew away in the home straight to claim a second win from as many starts.

In second place, 6.8s behind the winner, was Eclipse Star, trained by John Elston at Sale, just ahead of Agent Piper, prepared by Leslie Hughes at Sale.

It was good start to the day for the Tylers at Boisdale, with General Collinda, prepared by Stephanie Tyler, victorious in race one, a 440m maiden.

General Collinda won in 25.19s, holding off Drakari, for Dawn Johnston at Boisdale.

The run of the day came in race 10, a 440m grade seven, when Ballymac Vicar, trained by Des McPhie at Kilmany, notched up back-to-backs.

The favourite won in 24.68s, almost 13 seconds ahead of Flywheel Storm, for Sam Bye at Gormandale. In third place was Ranger Rose, trained at Rosedale by Jeff Chignell.

Spotted Panther led from box one before winning her first race since February, ahead of Mighty Marshall for Pasqualia Cassar at Creswick.

The $13.50 chance won in 25.06s, ahead of Dirty Max for John Spizzirri at Donvale, and Dr Puma for Bill McMahon at Darriman.

Airly Pablo, trained at Sale by Lesley Russell, recorded a second win from as many starts, claiming race nine, a 440m maiden in 25.58s.

Cullquin Vincent, trained by David Franklin at Lang Lang, went wide when leading into the straight, with Airly Pablo having the inside line to win.

The highest-price winner came in race five, a 520m restricted win, with Verne Bale victorious in 29.95s. The $45.90 outsider, trained by Luke Harris at Somerville, had early speed and couldn’t be caught, winning comfortably.

She Wiggles was second for Dawn Johnston, with Speed Demon, trained by Margaret Read at Woodside, third.

The race two 520m maiden was won by Never Simple for Lindenow trainer Maria Musselwhite in 29.94s, more than three seconds ahead of Snooker Que, trained by Robert Crawford at Pearcedale.

Never Simple was third on the back straight, and made up ground on the final bend, passing Snooker Que in the home straight.

Zipping Wade was a clear winner in race seven, a 520m grade five, for Metung trainer Harley Whelan. The dog won in 29.23s, 13 and a half seconds clear of the field.

Just Lovin’ It worked passed the leaders in the straight, and despite some contact, won in 29.78s. After the race, the dog was found to have a leg muscle injury, and stood down for 14 days. She was also found guilty of failing to pursue the lure with due commitment, and must perform a satisfactory trail before being nominated to race again.

In second place was Immediate, trained by Deborah Coleman at Lara, with Shantelle Rose third for Sharon-Lee Chignell at Rosedale.

Race 11, the 440m restricted win, was won by All Good Senor, who notched up back-to-back wins at Sale for Trafalgar trainer Dalton Templeton.

The favourite led from the boxes to win in 24.95s, ahead of What Price Mason, trained by Garry Allen at Darnum, and Urana Fernando for Greg Kerr at Bairnsdale.

Race 12, a 440m grade five, was hotly-contested, with seven dogs in with a chance of winning.

Duke Of Airly came second for Bruce Russell at Sale, just ahead of Soda King, trained at Heyfield by Susan Northway.