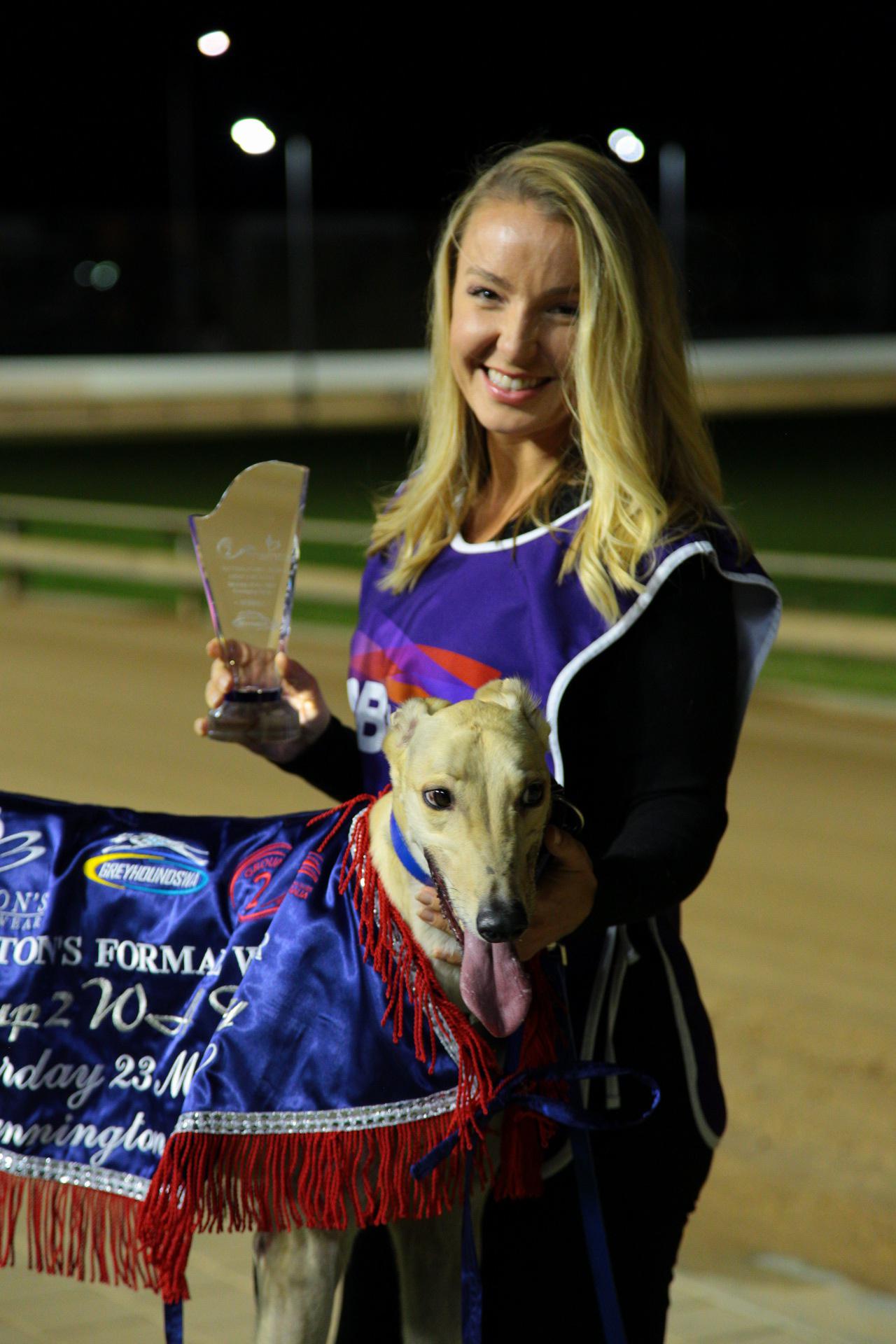 The only downside was Clark was unable to make the trip over because of travel restrictions.

Catch The Thief was left in the trusted hands of Steve and Krystal Shinners, whose dog Buster The Brute finished second to Catch The Thief in the Derby.

“If Catch The Thief wasn’t in the race, Steve would have won. It’s a testament to his character and I can’t thank him enough,” Clark told the Greyhound Racing Victoria website.

“It was surreal and strange watching the race from afar. It is disappointing not to being able to experience it all, but I am thrilled with the win.

“When you see the list of greyhounds who have won this race in the past and what they have gone onto do it makes me really excited about the future of him.”

Catch The Thief didn’t just win the WA Derby, he won it in a race record time which is a length outside of the current track record.

Catch The Thief will stay in WA for the next couple of weeks as he embarks on his second feature campaign – the Winter Cup.

“After the Winter Cup we will then look towards the Maturity Classic at The Meadows,” Clark said.

LIGHTNING Blast finished seventh in the group one Harrison-Dawson final at Sandown Park on Thursday night.

The dog, trained at Nambrok by Lyn Smith, entered the 515 metre race an $85 outsider following back-to-back second placings, and found himself at the back of the field out of the gates.

Lightning Blast collided with Mepunga Pegasus on the first turn, and struggled to make up ground on the leaders from there.

The race was won by $1.50 favourite Simon Told Helen, trained by David Burnett at Little River.

Also on Thursday night at Sandown Park, Courting finished second in the 515m free-for-all for Jenny Gieschen at Valencia Creek.

Courting, a $50 chance at the tote, started well, but not as well as You Tell Me, which couldn’t be caught. Courting has been finished in the top three in each of her past four starts at Sandown Park over 515m, including a win on May 14.

The dog was backing up from a win at Sale the previous Sunday.

In the final race of the night, Annie Rose, trained by Sharon-Lee Chignell at Rosedale, came second in the 515m grade five.

Annie Rose finished well, finishing 0.6 of a second behind all the way winner Swift Timing.