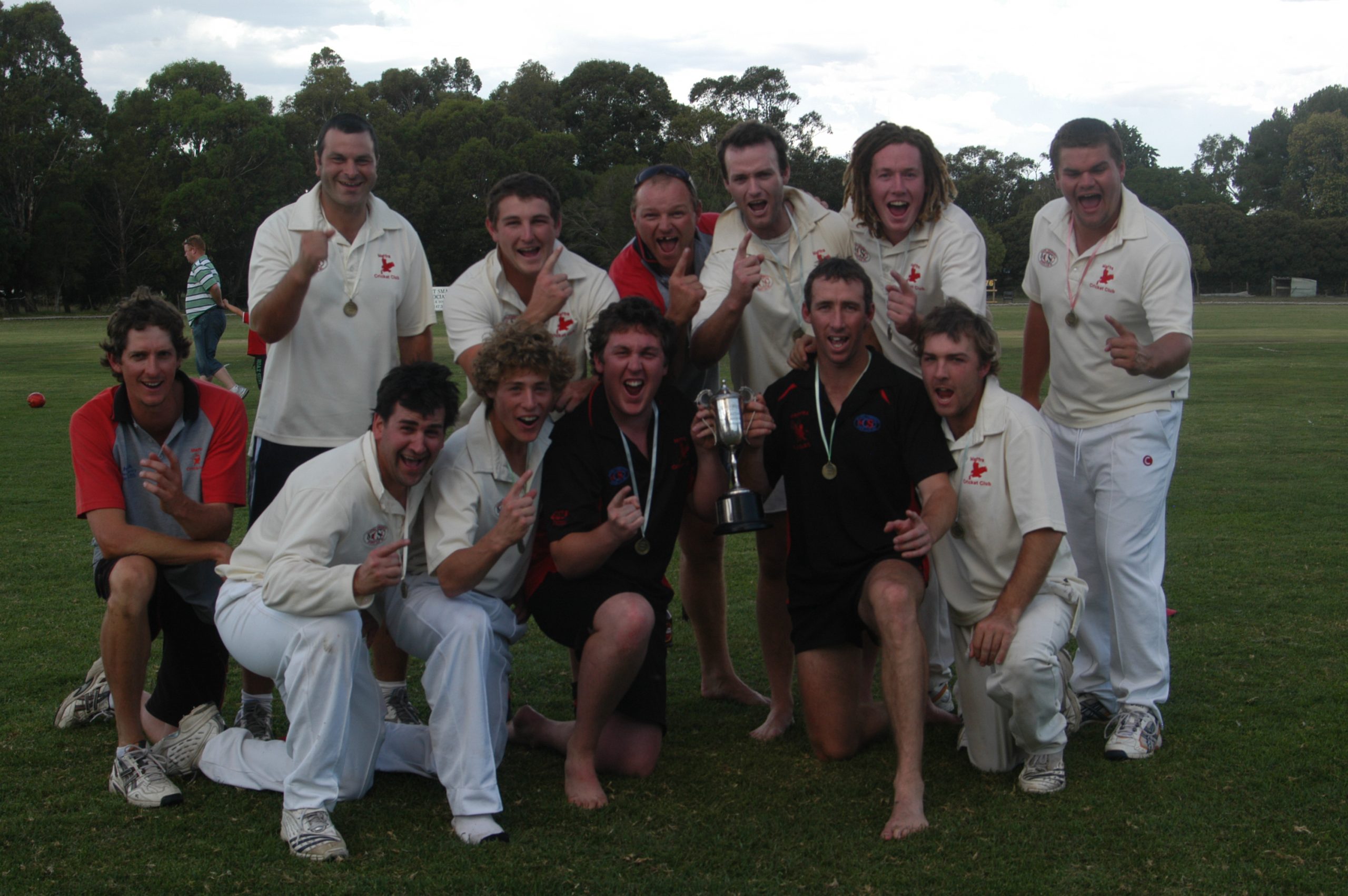 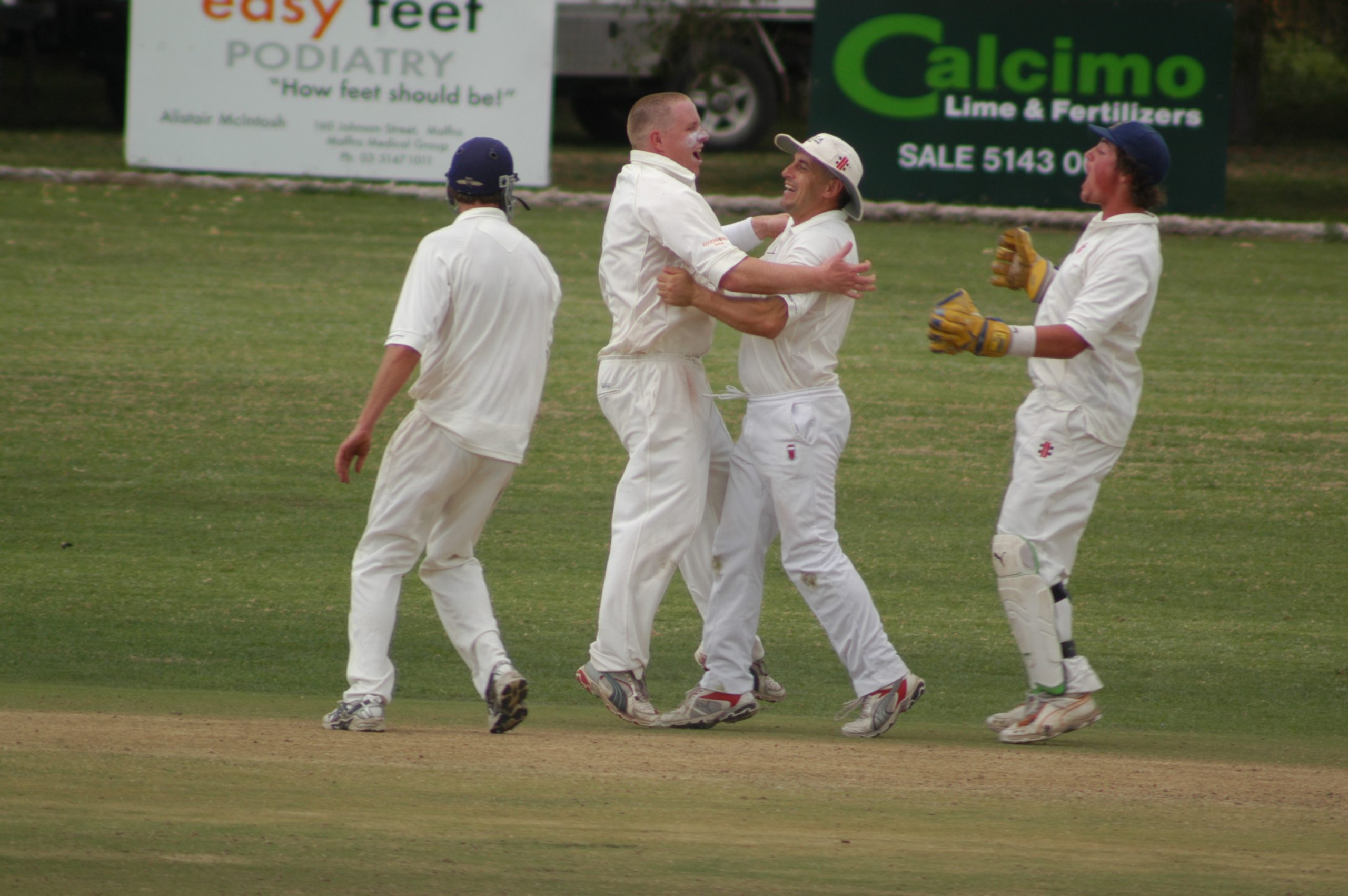 THE Sale-Maffra Cricket Association has produced a number of thrilling first grade grand finals over the years.

One that stands out is the 2008-9 premiership decider, with Maffra and Collegians tying.

The premiership went to Maffra by virtue of finishing the home-and-away season on top of the ladder.

The grand final was played at Bundalaguah, with Maffra looking to make up for its loss to Collegians 12 months earlier.

Collegians won the toss and batted first, but Steve Olston claimed the wickets of Matt Foster (16) and Ben Hurley to have College 2-23.

Captain Stuart Anderson was joined by Nathan King for a 36-run stand, which ended when King was caught by Tim Bourke off Ben Durrant’s bowling for 16.

Anderson remained the stumbling block if Maffra was to have a small target to chase.

Anderson and Chris Malone put on 28 for the seventh wicket, before Malone became Durrant’s third victim for 13.

Anderson became the third player to be caught by Bourke off Durrant’s bowling, dismissed for an innings high 46.

Durrant finished with 5-60 from 28 overs, Olston 4-44 from 17, with Nathan Magnuson claiming the final Collegians wicket, trapping Luke Hunderson in front of his stumps.

Like Collegians, Maffra found it hard to create decent partnerships.

After losing Heath Shingles, Andrew Gieschen was solid at the top of the Maffra order until he became King’s second victim for 31.

When captain Brett Lanigan was run out for seven, Maffra was 3-59. Then came the partnership which almost took the match away from Collegians.

Adrian Burgiel and Glenn Semmens combined for a 79-run partnership. Burgiel’s stay at the crease ended on 71, when Anderson disrupted his timber.

After Anderson also bowled Winston Gieschen, who didn’t get off the mark, Maffra was 5-138.

The other key wicket of Semmens was taken by Henderson for 22, but at 7-147, Maffra was still in prime position.

With 15 runs required to win, Henderson bowled Bourke for 10 to keep Collegians’ hopes alive. Brett Millington and Durrant took the score to 175, when the latter was bowled by Nicholls for 10.

Without an addition to the score, Millington was caught behind by Moore off Anderson’s bowling for eight.

The tension around the ground was palpable – Maffra needing two runs to win, Collegians one wicket.

But Maffra had the benefit of knowing a tie would be enough to secure the trophy, and Magnuson scored the what turned out to be the crucial single. The match ended when Magnuson was caught off Nicholls’ bowling.

After double checking the scorebooks, the captains and umpires signed off on a tie.

Amazingly, Maffra lifted the premiership cup with winning a final, as its semi-final against Rosedale-Kilmany was a rain-affected draw.

The 2009 grand final was only the second in SMCA history not to have a winner, after the 1978-78 decider was drawn, with the premiership awarded to top side Longford. The third instance happened this year, with Sale winning the title after the grand final was abandoned because of the coronavirus pandemic.