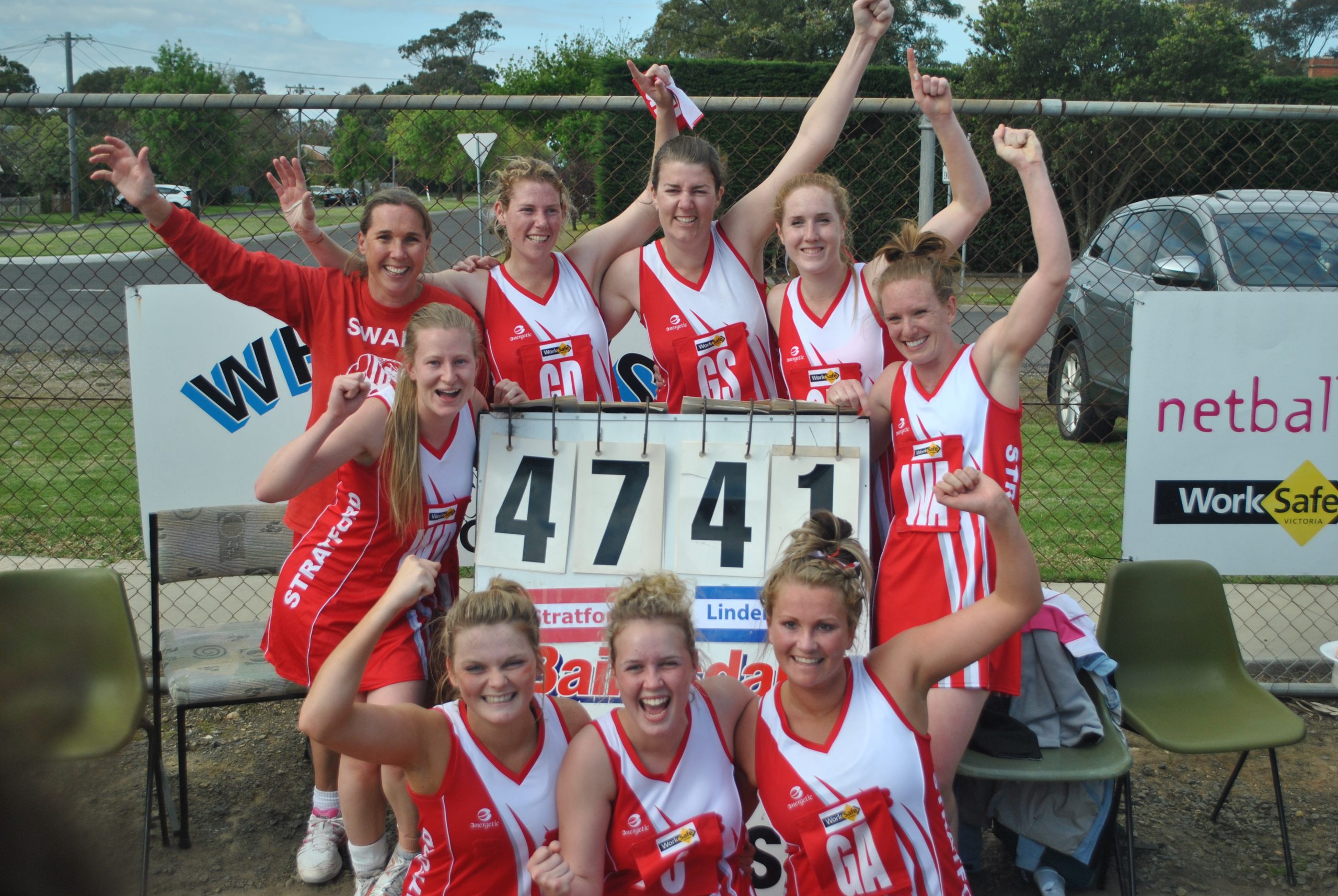 A MOVE to the East Gippsland Football-Netball League from North Gippsland proved to be beneficial for Stratford.

No longer playing against clubs from bigger centres such as Sale and the Latrobe Valley, the Swans found their place since joining the EGFNL for the 2012 season. This is especially the case on the netball court, with the Swans winning 13 premierships, including four in A grade.

Boisdale-Briagolong followed the Swans east in 2015, and have also seen improvement in result, but have yet to secure silverware.

Bairnsdale won the C grade premiership in its final year in the EGFNL before leaving for the Gippsland League.

The Redlegs won four A grade premierships in 11 season in the EGFNL.

Lakes Entrance’s Rhomi Webb won the first of her back-to-back A grade best-and-fairest awards in 2010.

Wy Yung ended the decade with the most premierships, 13, the first two of those coming in 2011. The Tigers won their first A grade flag since 2004.

Bairnsdale’s absence left the league with six clubs in 2011, but returned to seven with the addition of Stratford.

The Swans ended their first EGFNL campaign on grand final day, with their D grade side going down to Wy Yung.

Lakes Entrance claimed its first A grade premiership since 2006, defeating Wy Yung 36-33 in the grand final. Along with Wy Yung and Stratford, Lakes Entrance is the only other club to win more than 10 premierships during the 2010s, with 11.

Stratford’s fortunes improved in 2012, winning the A and C grade premierships, and reaching the D grade grand final.

Losing just one match, the Swans were the stand out team in A grade, finishing 14 points ahead of Lucknow on the ladder.

The Swans defeated Lucknow 43-40 in the grand final.

The A grade best-and-fairest was shared by Bronwyn Evans (Lindenow) and Lucy Quin (Orbost-Snowy Rovers).

The Swans claimed all five minor premierships. During the home-and-away season, the club only lost six matches across the grades and drew once.

That draw came in A grade against Lindenow, as the Swans won their other 15 matches.

Stratford entered the finals 20 points ahead of the Cats on the ladder, and defeated them twice during the finals, including a 47-41 grand final victory.

Capping off a big season for the Swans, Simone Turner claimed the best-and-fairest award.

Stratford continued its run of success into 2015, winning a third straight A grade premiership and Melissa Dean the best-and-fairest.

The Swans went through the home-and-away season undefeated, 12 points ahead of Wy Yung. Their only blemish was a draw at Orbost.

Wy Yung had the better of Stratford in the second semi-final, but the Swans rebounded with a big victory over Lucknow in the preliminary final before defeating the Tigers 47-46 in the grand final.

Stratford was undefeated on its way to winning the B grade premiership, also defeating Wy Yung in the grand final.

The EGFNL saw some changes in 2015, with Boisdale-Briagolong becoming its eighth club.

Five grades became six, with under 17 and 15 age groups added and the five senior grades consolidated to four.

In its first season, Boisdale-Briagolong finished seventh in A grade with four wins, while its D grade side reached the preliminary final.

It may not have lined up with Chinese astrology, but 2016 was the “Year of the Tiger” as Wy Yung won all six grand finals.

Playing for a double hat-trick for A grade titles, Stratford was unable to prevent a clean sweep, losing to the Tigers in the top grade 48-36, as well as in D grade and under 17s.

Wy Yung went through the season undefeated in A grade. In fact, in 108 home-and-away matches across the six grades, the Tigers lost only twice and drew twice.

Stratford finished the home-and-away season in second place on the A grade ladder, with 11 wins and two draws.

Boisdale-Briagolong finished sixth with seven wins and a draw with Stratford.

Orbost-Snowy Rovers came from third place on the ladder to claim the A grade premiership in 2017, the Blues’ first at that level since the club’s formation.

Lindenow won the minor premiership, with Wy Yung four points back and Orbost-Snowy Rovers a further eight adrift. In the grade final, the Blues defeated Lindenow 42-38.

Stratford finished sixth, two points outside the finals. A draw with Orbost-Snowy Rovers proved costly, as the Swans had a better percentage than Lucknow and Lakes Entrance, who were ahead of them on the ladder.

The Swans claimed the D grade and under 15 premierships.

Boisdale-Briagolong finished seventh in A grade with three wins.

The A grade best-and-fairest went to Lucknow’s Emma Smith.

The Tigers went through the season undefeated, finishing with a 48-33 grand final victory over Lindenow.

Kate Websdale won her second best-and-fairest award, sharing the honour with Lucy Quin, the second time she had tied for the award.

Stratford finished sixth with seven wins and Boisdale-Briagolong seventh with four. The Swans won the C grade grand final, but lost in D grade and under 15s.

Stratford ended the decade on a high note, claiming a fourth A grade premiership, the most of any club for the decade.

Orbost-Snowy Rovers won the A grade minor premiership, ahead of Stratford and Lakes Entrance only on percentage.

Stratford lost to the Blues in the second semi-final, but defeated them in the match that counted most, 47-42.

Lakes Entrance’s Brodie Watts was adjudged the A grade best-and-fairest.