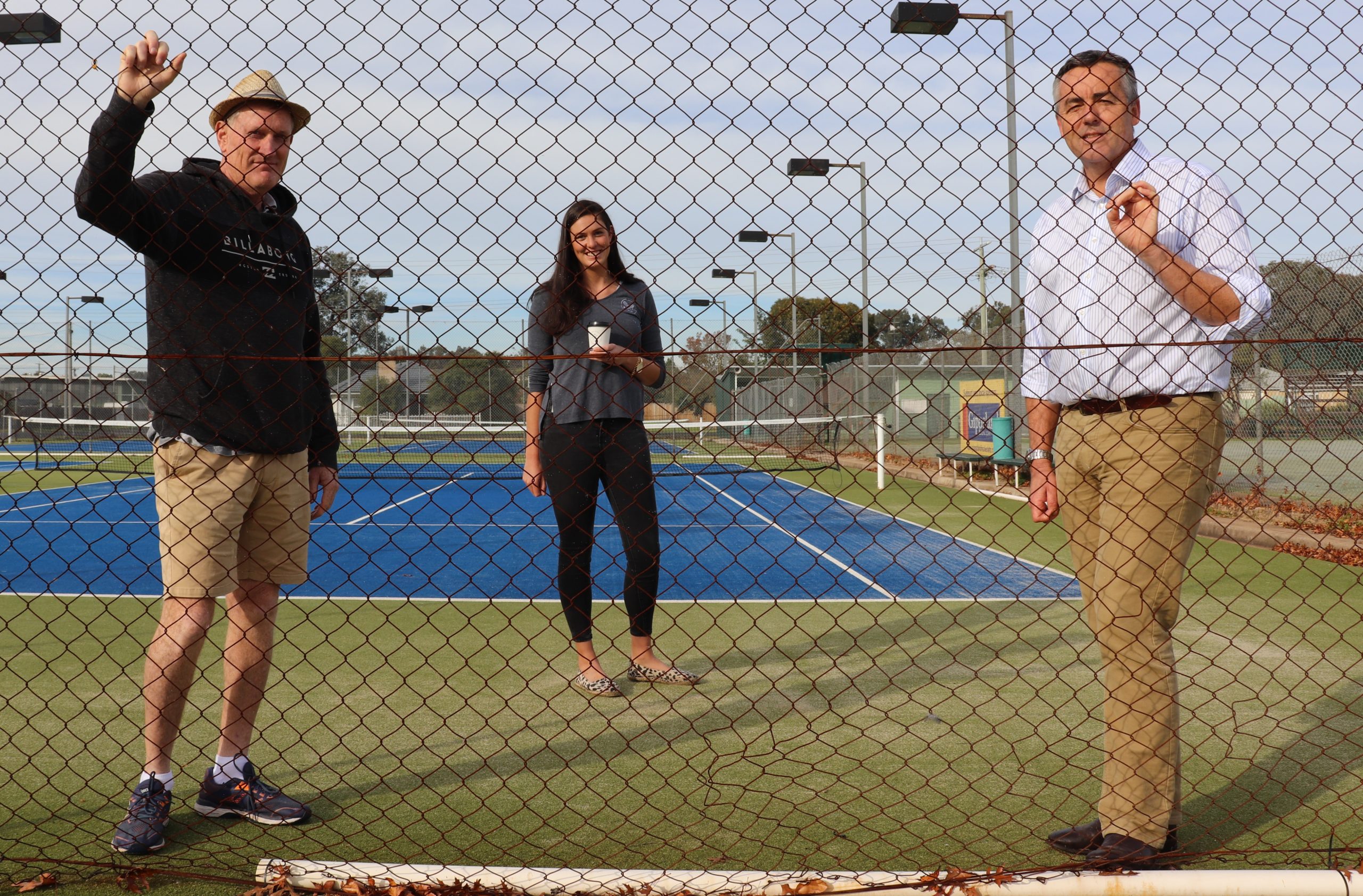 DILAPIDATED fences at Maffra Lawn Tennis Club will soon be replaced as part of a $1 million federal government cash injection into Wellington Shire.

The club received $130,000 from the government to build new fences at its Duke St site.

President Terry Flynn hoped the new fences would be installed before the beginning of the tennis season.

“We need to renew all of the internal and external fences,” he said.

“Parts are clearly unsafe, and we’ll finally be able to replace the chicken wire that’s been used in some sections.

“This is welcome news for our members after the disappointment of cancelling our annual Easter tournament. We’re making a gradual return to the courts and this news gives us another reason to look forward to next season when it begins in October.”

The $1 million package also includes $250,000 for a bicycle pump track at Heyfield; $385,000 for Briagolong Recreation Reserve, including redeveloping the reserve’s open spaces and traffic management; $20,000 for the Heyfield Vintage Machinery Club multi-purpose shelter, and $240,000 for the Regent Theatre at Yarram.

“The drought has had a significant impact on towns and communities within Wellington Shire,” he said.

“There’s been a drop in visitor numbers over summer due to the bushfires, while the pandemic has put local businesses under further financial pressure.

“A lot of work has already been done, so we can start work replacing the fences at the tennis club as soon as possible,” he said.

“This money from the federal government gives us a chance to undertake a number of significant projects now, so those communities can enjoy the benefits sooner.

“I’m particularly happy this money is helping communities that would otherwise struggle to raise the money needed to realise their plans for their local groups and clubs.”