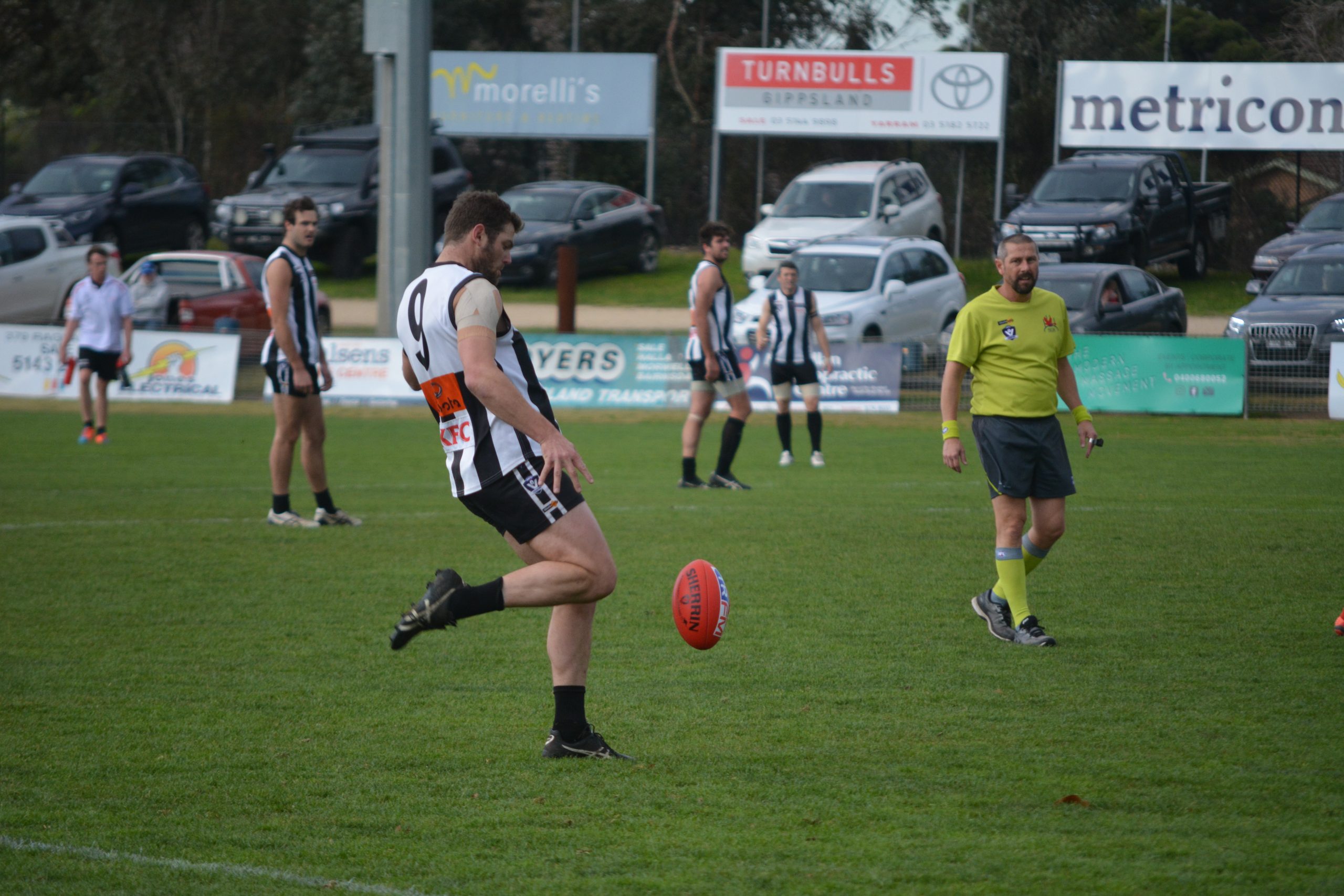 AS local football players, coaches and spectators continue to wonder if there will be a return to play this season, it appears one important stakeholder has been largely forgotten about – the umpires.

Local umpires are also awaiting an announcement on when or if there will be competitions this season.

Some Gippsland associations have returned to sanctioned training with appropriate gathering restrictions.

Sale Umpires Association, which supplies umpires for the Gippsland, North Gippsland, Sale and District Junior, and Gippsland women’s and youth girls’ leagues, have not been training in groups at its usual base in Bundalaguah, but has been keeping an eye on developments across the board regardless.

Association president and life member Peter Perillo said although things had been relatively quiet on the umpiring front, umpires would be ready to go if an announcement was made.

“There’s not a lot we can do; we’re just waiting like everybody else,” he said.

“We’re waiting on a directive from the leagues as to when they have a start date and then we will have a target date three or four weeks before we can get a start.

“It’s not our decision – we turn up when either of the junior leagues or senior leagues tell us to.”

With umpires needing to be as fit or even fitter than players, a number of Sale umpires have been working hard in their own time.

Perillo, who has officiated more than 900 games, believed there was some hope for junior football to resume, mainly out of the need to avoid potentially losing players after a year off.

Even so, junior and women’s games could have a different outlook if they are given the go-ahead.

“We have a tentative start date for the women’s and the juniors, however that doesn’t include any boundary or goal umpires,” Perillo said.

“We are thinking we may start toward the end of June with a one-day-a-week training for anybody interested in doing juniors for a very short season and a couple of the women’s games.”

Given football can’t afford to lose any more junior players, Perillo said the same challenge could be facing umpiring associations.

“We have a lot of kids in that Year 11, Year, 12 mark that are getting money on the weekend from umpiring, getting ready for uni the next year, that will have missed completely this year,” he said.

Describing umpiring as “the most self-motivated sport you’ll ever do”, Perillo said the inactivity this season may lead to a decline in numbers heading into 2021.

“A lot of the older field umpires are probably not going to be able to go around again.

“It’ll be a real challenge on how we can restart next year,” he said.

“It will be very interesting to see next year, if we get a start this year maybe it will be a bit better for us (to keep numbers).

“I’ll be looking forward to it myself to see who comes back.”

Perillo said there were a number of attractions to umpiring.

“Motivation is basically love of the game,” he said.

“I know blokes who’ll umpire for a pie and a beer after the game – the fact you get paid for it is a bonus,” he said.

“For the juniors to get some pocket money, it’s a great way to do it.”

Like a football club, the umpiring fraternity draws people from all backgrounds.

Many umpires are former players looking to get a different perspective on the game, and some will be old timers wanting to stay involved, while some are simply footy nerds who can’t get enough of it.

Field umpires must have good aerobic capacity and boundary umpires need good core strength in order to throw the ball back in to play.

Most youngsters will begin as boundary umpires and work their way up the ranks, often getting their first gig as a field umpire in lower grade games and then working alongside more senior umpires.

Naturally, the biggest challenge umpires face and will forever face is abuse.

As Perillo explained, these are the realities umpires confront weekly.

“I do it for the fitness and love of the footy, but a lot of people can’t take the abuse and the expectations of having to get everything right every time and that is the real challenge,” he said.

“We lose blokes every year because they figure they just need to do it for a bit of fun and fitness and a bit of a hobby, but then when the abuse gets personal you do go home and wonder why you do it.”

As the adage goes ‘the best umpires are the ones you don’t notice’, and it’s fair to say when football does eventually go back to full capacity, that saying may be flipped on its head as players, coaches and spectators could have a renewed appreciation for the role and importance of umpires, for without them – the game cannot go on.

Keeping his sense of humour, which is apt for a man nicknamed ‘Krusty’ for his likeness to The Simpsons character, Perillo said he at least chose a good time to be president of the association.