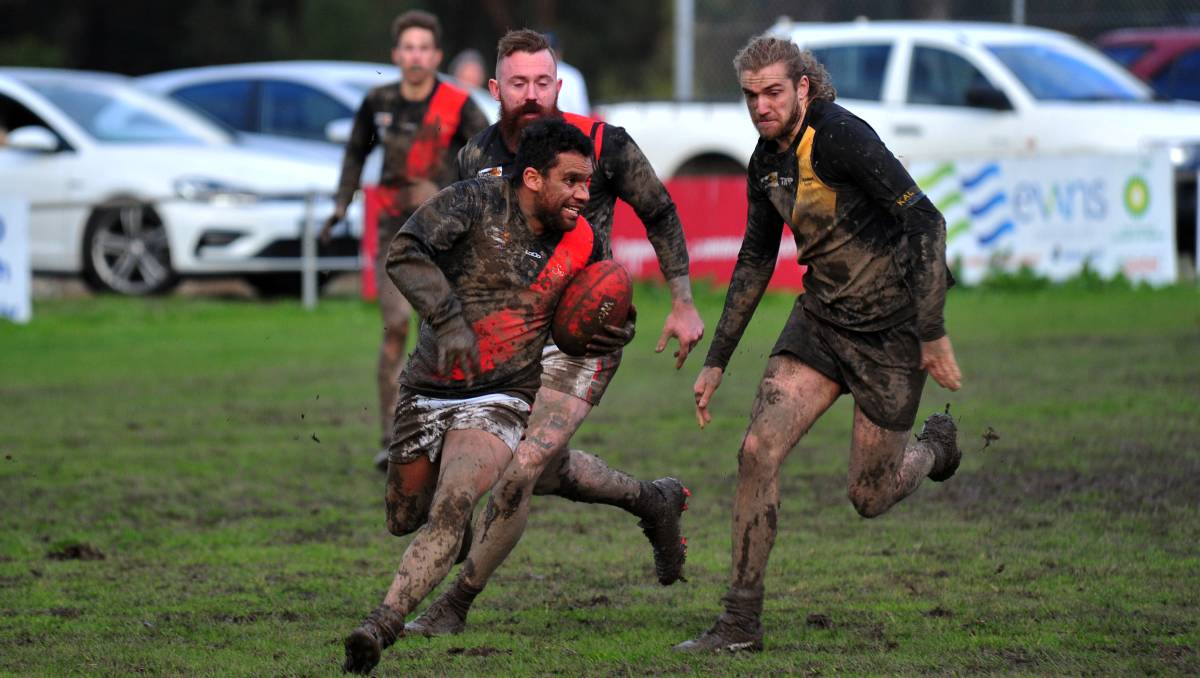 THE seemingly never-ending saga of league changes in Gippsland football and netball was again a major discussion point last week, after recommendations from the Gippsland 2025 Strategic Plan were officially released.

The timing of the release of the report raised a few eyebrows, as leagues were grappling with decisions to go ahead or abandon seasons at the same time.

Colloquially known as the ‘G25’, the main bone of contention from the report was the integration of the Alberton and the Mid Gippsland football-netball leagues to create a 15-club competition in time for next season.

As expected, the report was met with a “you can’t do this” response from Mid Gippsland supporters, while Alberton clubs remained tight lipped.

Frustratingly, the proposed merger of Alberton and Mid Gippsland was virtually the same recommendation as the one AFL Gippsland handed down some 18 months ago.

Given that two reviews from two different organisations have concluded that a Mid Gippsland-Alberton merger is the best option for the future of football and netball in the region, many believe the proposal must push ahead.

In the time since it was first proposed, MGFNL clubs have fought passionately to stop a potential merger with the AFNL and won, while all six current AFNL clubs eventually sought affiliation with the Ellinbank and District league.

The fall-out has left battle scars from both camps, and a potential union could take even more time to come to fruition.

The MGFNL reached a stage last week where it acknowledged it would have to “seriously consider” amalgamating with the AFNL.

The MGFNL had not entirely ruled out helping some AFNL clubs from the start, and had always maintained it was prepared to bring three across.

Should another three clubs join the MGFNL it would take the league up to 12 clubs, thus eliminating the bye created since the departure of Yarragon to the EDFNL.

Given its close proximity to MGFNL clubs such as Mirboo North, Thorpdale and Boolarra, it would appear Meenyian-Dumbalk United, Stony Creek and Foster were clubs earmarked as suitable candidates.

MDU and Stony Creek were both accepted into the MGFL last August before the move was blocked by the AFNL.

The continual toing and froing has clearly not been healthy, and it appears inevitable there will never be a decision that will appease everyone.

Under the proposed 15-team competition of the merged Mid Gippsland-Alberton, more teams would have the chance to play finals.

“A final eight structure will ensure more teams play finals, increase the number of finals played to nine – which should also improve the financial health of the competition,” part of the report read.

The report forecast low to no growth in central and southern parts of Gippsland and that “the amalgamation of the two leagues under the Mid Gippsland governance of the MGFNL will improve the financial position for all members”.

Naturally, travel was the main concern from MGFNL supporters, although to many this has become a largely irrelevant argument given the majority of players don’t actually live in the towns they represent and any player who is keen enough to play for their club is going to travel regardless.

Those making the near two-hour drive from Boisdale to Orbost to play in the East Gippsland FNL will surely be calling double standards.

The ColganBauer report also recommended that divisional football be created in western Gippsland by 2025.

While the recommendations don’t affect the North Gippsland league, the report listed shifting some clubs to the NGFNL among changes to be considered in the future.