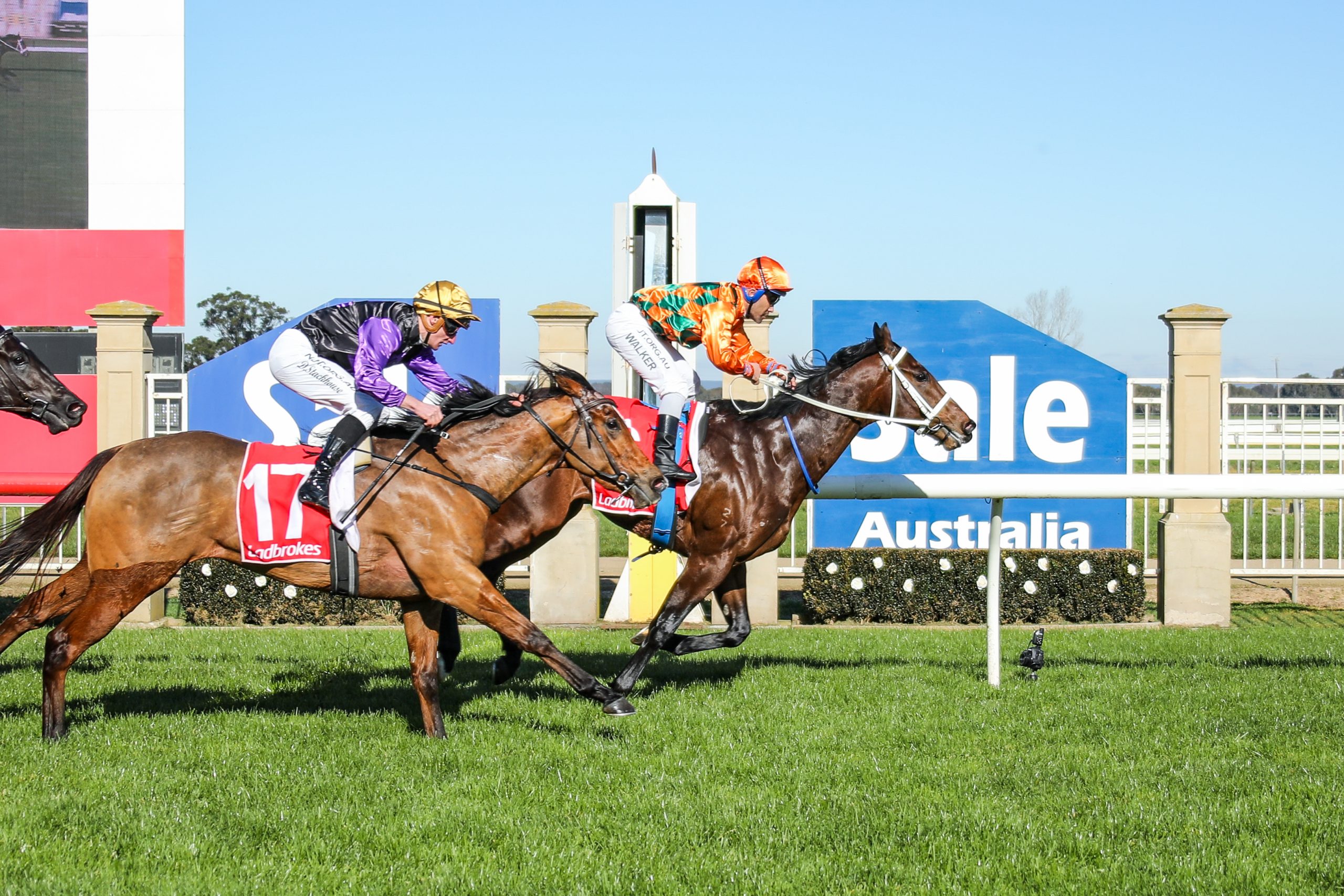 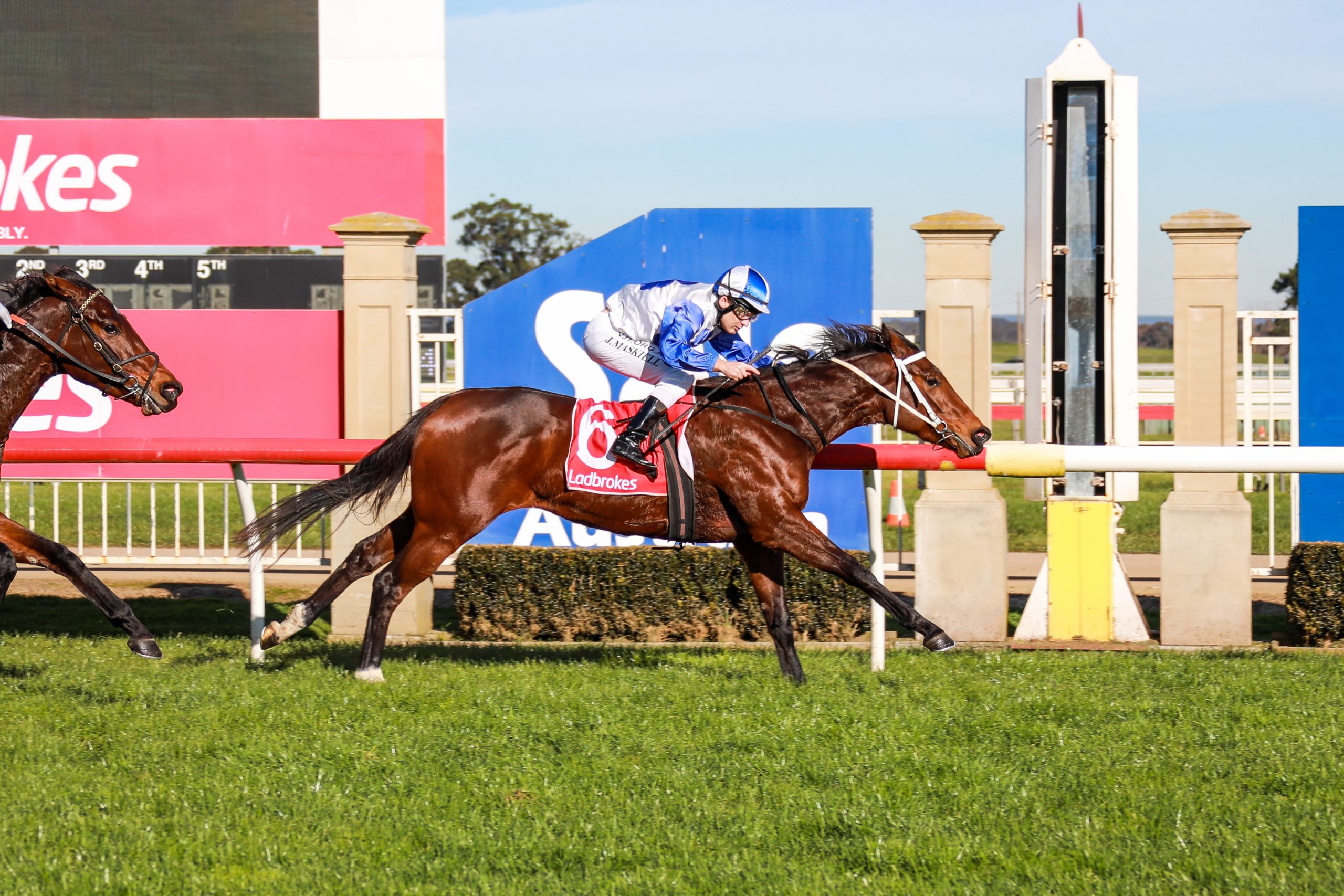 The favourite, trained by Robert Hickmott, finished strongly to win by a half head from Imperial Lad, which looked the winner in the home straight. Nebaraz finished third.

The four-year-old mare, coming off a 27-week spell, showed class in the straight to work her way to the inside of the track and kick on to win by a length from Just Like Mum, with Collectable finishing third.

In race three, the 1623m maiden plate, three-year-old gelding Category Five, ridden by Jye McNeil for Ciaron Maher and David Eustace led for most of the race, setting the pace before drawing away in the straight to win by more than three lengths.

Samurai Moon finished second with Oliver in the saddle, while Stannary came third.

The day ended in the stewards room, with a successful protest changing the final placings for race nine, the 1623m benchmark 64 handicap.

There was little doubt about the winner, with $11 chance Firstclass Dreamer, trained by Matthew Brown at Cranbourne and ridden by Brian Higgins, victorious by half a length. The four-year-old gelding was coming off a second placing at Wangaratta.

West Wind reached the post second ahead of Somerset Maugham, whose jockey, Oliver, lodged a protest against West Wind, alleging interference in the straight.

The stewards found Somerset Maugham was taken off his line when West Wind strayed in the straight, and switched their placings. Jockey Matt Cartwright pleaded guilty to a charge of careless rising, suspended from riding between July 13 and 26.

The Greenwattle track was rated a “soft five”, with the first race, the 1110m two-year-old maiden plate, won by Little Town Blues on debut.

The colt, trained by Trent Busuttin and Natalie Young at Cranbourne and ridden by Walker, went to the lead out of the gate and won by half a length from the fast finishing Maddox. Gumnuts finished third.

The favourite, trained by Chris Waller, moved into position entering the home straight down the middle of the track, and powered away from Sublime Diva to record his first win in 19 starts by almost three lengths from Sublime Diva. Fabalot finished third.

Race two, the 1423m maiden plate, was won by favourite Foxgossip, trained by Matt Laurie at Mornington and ridden by Ethan Brown.

The two-year-old gelding, coming off a second placing at Ballarat, took the lead early and never looked beaten, winning by three lengths.

In second place was Ready To Indulge with Stoke Lodge third for the Hayes-Dabernig stable.

It was to be the only placing on the final meeting for the partnership of David and Ben Hayes and Tom Dabernig. David handed in his Victorian trainer’s licence before returning to train in Hong Kong, leaving the stable to son Ben and nephew Debernig.

Evil Cry, a $36.80 outsider ridden by Arron Lynch for Adele Garraway, won race six, the benchmark 64 handicap over 1210m, by more than three lengths from Caribbean Pearl and Sapphire Crown.

Coral Rose, trained at Sale by Mario Farrugia, led into the straight but finished eighth.

The five-year-old gelding won the closely contested race by almost half a length from Ginger Jones, with The Crusha third.

The next meeting at Sale, the last of the season, will be the “Christmas In July” event on Sunday, July 26.