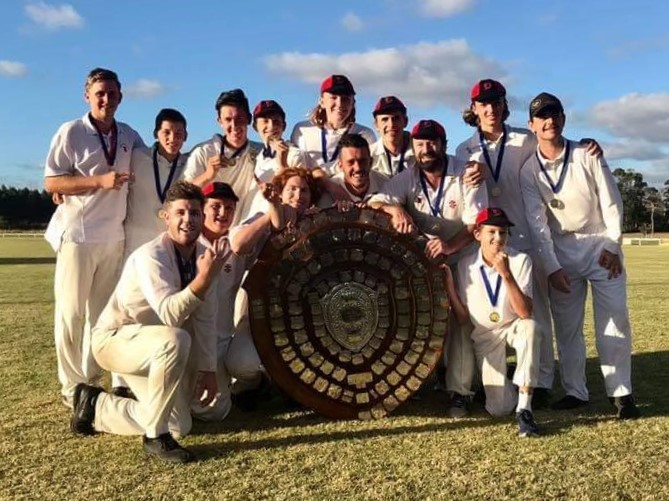 AN exciting new venture in local cricket was given the green light last week, with Yarram and District affiliating with the Traralgon and District Cricket Association.

The new south Gippsland club has been created by amalgamating all clubs which competed in the Alberton Cricket Association.

In its heyday, the ACA had close to 10 clubs, with the competition comprising Devon, Devon North, Tarraville, Binginwarri, Yarram Colts, Toora, Welshpool, Woodside and Won Wron. However, dwindling work opportunities and an ageing demographic in the area meant, slowly over time, clubs struggled to find sufficient numbers.

Things really came to a head in season 2018-19, when only four clubs made up the competition. The situation only worsened last season, when the ACA was forced into recess when only three clubs could muster enough players.

Of the three remaining ACA clubs, Devon opted to enter a third grade team in the TDCA, while Tarraville and Devon North stood out for a season.

Devon had a successful entry into the TDCA, taking out the premiership. The club also won the ACA premiership in 2018-19, meaning its final two seasons as a single entity netted premierships in two different leagues.

New Yarram and District Cricket Club president Brett Gay said action had to be taken before cricket in the Alberton region completely drifted into oblivion.

“The writing was on the wall so we had to do something,” he said.

“We’ve still got a lot of good cricketers around that are enthusiastic so we wanted to do as much as we could to support them and get something going.

“We tried to survive as a five-team comp for a while and then a couple more clubs started to struggle so we had to stop playing.”

With Devon already getting a taste for the TDCA, Gay said the Bombers’ foray had proved the workability of a south Gippsland team playing in the Traralgon area.

“Devon going to Traralgon created a pathway and opportunity for teams to come over and travel,” he said.

“In the last 12 months a lot of people have done an enormous amount of work.

“At the Traralgon and District AGM they all voted us in and we’re all pretty excited to have a new club.

“We really appreciate Traralgon and District giving us the opportunity and welcoming us with open arms.”

Fittingly, the Yarram and District Cricket Club will be nicknamed the Pelicans and have blue as its main colour, in keeping with the nickname the ACA team had when it played representative cricket and travelled to Melbourne for Country Week.

The Pelicans will field three senior teams in the TDCA from firsts to thirds and will be based at the Yarram Recreation Reserve.

The team will be boosted by the signing of former Rosedale-Kilmany and Toongabbie big hitter Anthony Scott, who will be charged with seeing the new kids on the block are competitive in their first outing.

A number of Yarram-based players wanting to play A grade played in the TDCA last season, and now that there is a club closer to home, the incentive should be there for the club to have strong numbers in all three grades.

While some may wonder how players from the ACA will go transitioning from playing all one-day matches to some two-day games, it must be noted that the ACA did play 70-over games not that long ago.

In further good news, the club hopes to have a five turf wicket square installed at the Yarram Recreation Reserve.

Club secretary Ashley Taylor said he had been liaising with various stakeholders.

“I’ve been in discussions with Wellington Shire and also started communications with Cricket Victoria, so hopefully the three parties can come together and find a way of getting a turf pitch at Yarram,” he said.

“We’re in the process of applying for a grant to upgrade the nets as well to allow for extended run-ups.”

As sporting teams and mergers in the Alberton region seem to go hand-inhand, Taylor said all old ACA hostilities had been shelved for the betterment of cricket.

“We had some really good rivalries and battles between clubs down here over the years but everyone’s now united,” he said.

“The one thing was even though we were playing for different cricket teams, we all basically played footy together and socialised together.

“We all know each other away from the cricket field so it was easy to put aside any on field rivalry that there was in the past.”

With the ACA dating back as far as the 1830s, the history of all clubs will be preserved with matches played at existing grounds in Tarraville, Binginwarri, Devon and Alberton West on a rotating basis.

Memorabilia will be kept at the traditional home of clubs, while it is expected the impressive ACA premiership shield will find its way to a permanent display at the Yarram Recreation Reserve.

The shield measures over one metre high and one metre wide.

TDCA secretary Nick Scammell said the idea of having a Yarram-based team join the TDCA had its origin some three years ago.

“We first met them when the Gippsland Cricket region invited all the leagues to have a chat,” he said.

“Within the region there is two strong football sides in Yarram and Woodside boasting numbers in the lower grades.”

Once Devon came into the TDCA, it was seen as a pioneering move in setting the wheels in motion for what has become the Yarram and District Cricket Club.

The addition of Yarram and District means the TDCA will have seven teams in each of its three grades.

In a further show of positivity, the Gormandale Cricket Club has already mooted the idea of playing for a cup when it plays Yarram and District.