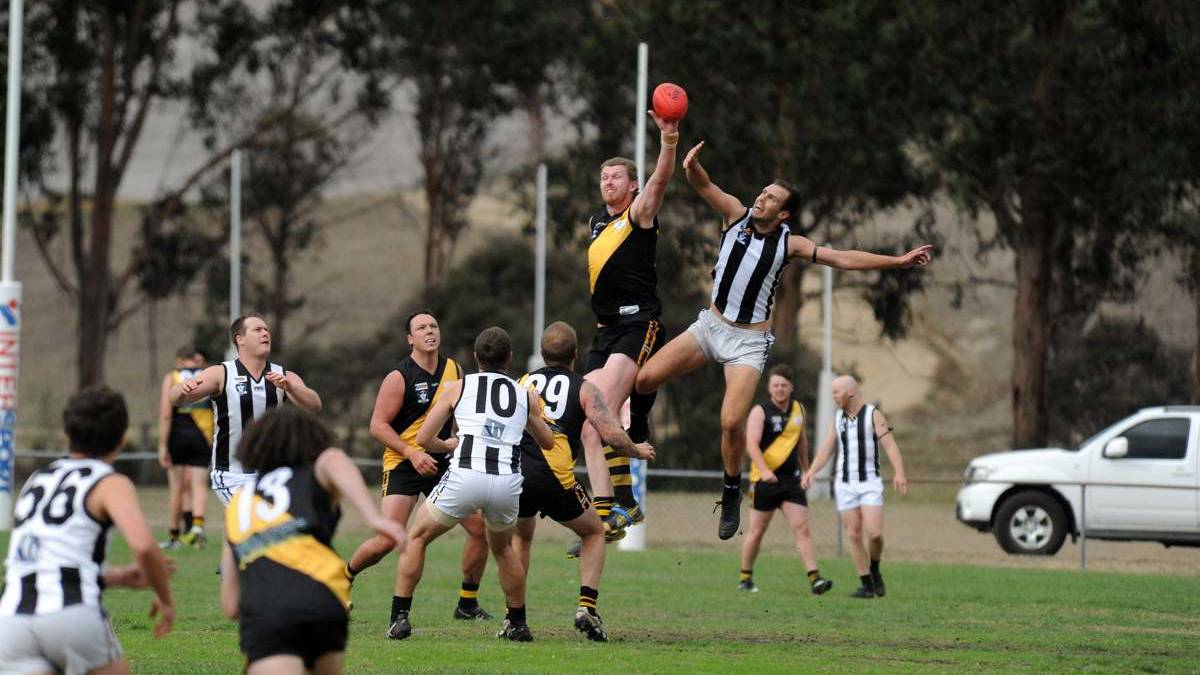 GORMANDALE will have to wait until 2021 to begin its climb back up the North Gippsland Football-Netball League ladder.

After going winless last year, the Tigers were hoping 2020 would be a much more successful year for the senior side.

Adam Talbot, who’s recently taken on the role of president, was excited for what 2020 might bring for the Tigers.

“It’s probably no secret that over the last 18 months, our footy club hasn’t been performing very well,” he said.

“We didn’t have many players and we were copping some pretty heavy losses.”

Talbot said he “basically put (his) life on hold” from July to December last year to rebuild the club up to a competitive level.

One of Talbot’s first orders of business was signing new coach, Daniel Earl.

“We got some really good reports about the way he conducted himself as well as his footy brain,” Talbot said.

Earl, who’d been reserves coach at Moe the past four years, has already made a significant impact in his first year as a senior coach.

“When you have a first-time senior coach there’s a couple of unknowns and all that sort of stuff, but he’s been unbelievable,” Talbot said.

“I’m truly blessed to have him as a coach. “He’s just been incredible with the amount of work he’s done and what his brought and his game plan, it’s absolutely fantastic.”

With the excitement building around the Tigers and their new coach, supporters were regaining interest around the club, again adding to the disappointment of a cancelled season.

Along with the appointment of Earl, some signatures from some exciting players made the offseason a very successful one for Gormandale.

The Tigers signed some former players who had achieved a lot at the club, but there were also plenty of fresh faces looking to make a big impact.

With the new signings and his new game plan, Earl was as confident as anyone that the Tigers would be competitive in 2020.

“It’s hard to tell when you’re coming from 10 to 20 goals behind the pack, but we were quite confident in what we were building,” he said.

“We’d changed our game plan dramatically to be a more attacking side.”

The new players along with the fresh game plan looked dangerous in the pre-season with two good wins over Mirboo North and Boolarra.

So when the season was cancelled in late June, Earl and his players were devastated they wouldn’t be able to restore some pride in the yellow and black this year.

“From where we were coming from, to what we achieved in the pre-season, we were all very disappointed that the season couldn’t go ahead,” he said.

While Earl believed it was ultimately the only outcome possible especially with the rising number of coronavirus cases, he and the players remained optimistic the season would go ahead.

“The vibe amongst our group was really good,” he said.

“We had a lot of supporters and a lot of other people looking at Gormandale this year with what we had recruited, so we were really keen for it to go ahead but unfortunately it didn’t go that way.”

Earl believed the uncertainty surrounding the season had a big mental toll on his players.

“Guys had gotten fit, then they weren’t fit, then we got them half-fit, now we’re not playing and in three or four-months’ time we’ll start another pre-season,” he said.

Earl particularly sympathises with the younger players at the club, especially the under 18s and the ones who were set to play their first year of senior football. But he’s been extremely happy with the way his side has bonded and he believes the players are already looking forward to the upcoming pre-season.

Unsurprisingly, Earl has been reappointed for the 2021 season and he’s quietly confident that all the new recruits will re-commit.

“I think the club needs structure and someone to be around the club for a few years and hopefully the recruits that we’ve got are going to stick around for the same amount of time,” he said.