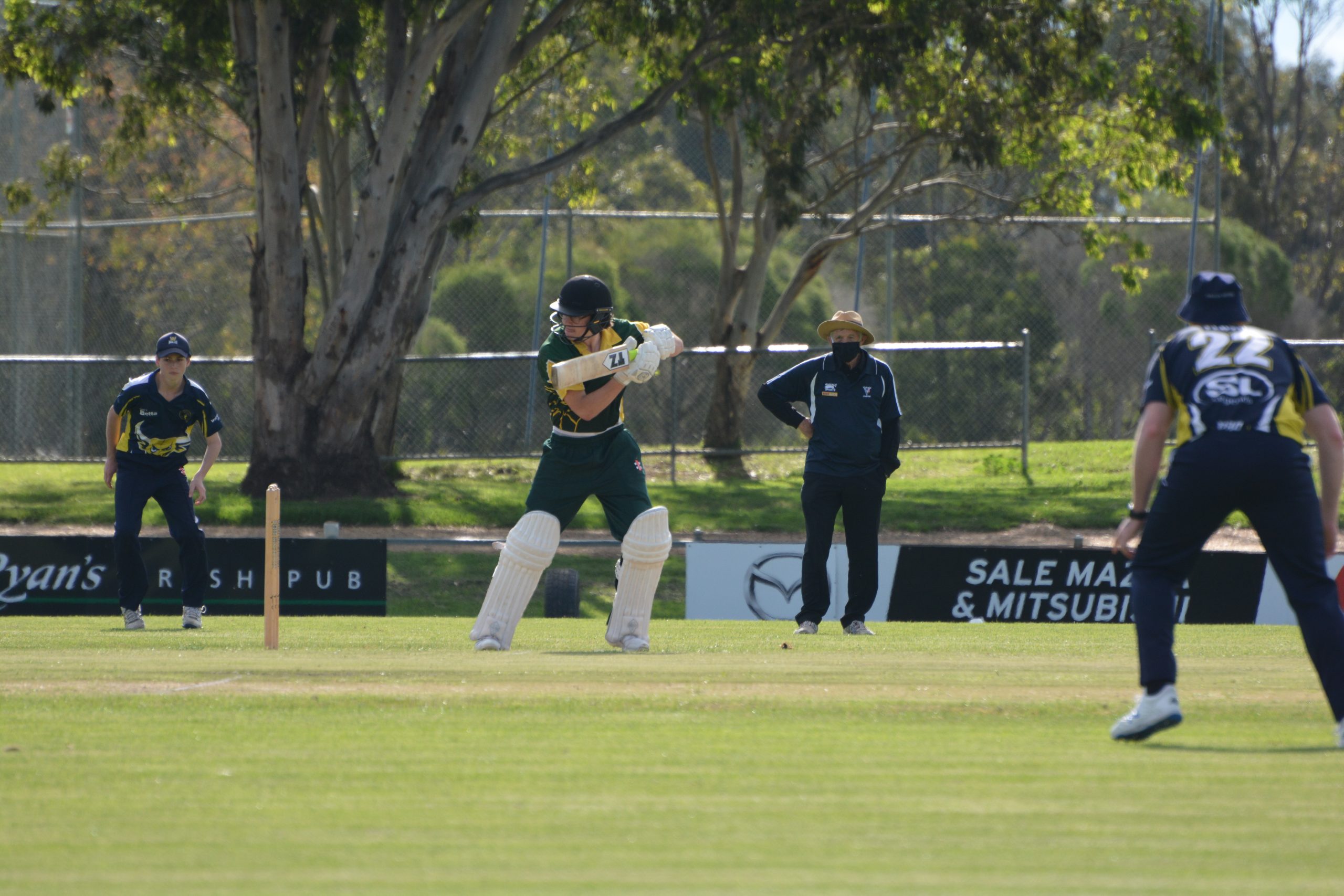 THE only two undefeated teams will headline round six of Sale-Maffra cricket.

Sale and Maffra have each won their three matches so far this season, and after this weekend (barring a tie), one will hold a six-point lead on the rest of the competition.

The Swans have put together a formidable run of late, with 15 wins in their past 17 matches since the beginning of the 2019-20 season. Wins have come in fairly unspectacular fashion, as everyone in the team accepts and performs the role they are given.

The Swans’ modus operandi seems to simply be either chase totals with players making 30s or bowl teams out by just suffocating them.

This was personified in last week’s win over Collegians, a team noted for its aggressive line-up, as almost a quarter of the overs bowled by Sale were maidens.

Captain Rohan Blandford has opened the batting so far this season with Daniel Padula, in what has surely been a great learning experience for the up and comer.

New player Josh Granger has fitted in well at number seven, with scores of 54 not out and 32 in his previous two hits.

Maffra has won plenty of plaudits for its good early season form, with comprehensive wins over previous season semi-finalists Stratford and Rosedale-Kilmany, as well as a thrilling victory against Bundalaguah last week.

Good teams find a way to win, and Maffra was able to do that against the Bulls.

Brett Lanigan wound back the clock last week with three match-defining stumpings, and will again have an eagle-eye to any opponent that dares lift their back foot. Nathan Magnuson has found success with the ball of late, with a pair of four-wicket hauls to his name, and he will be eager to add to his tally.

BUNDALAGUAH and Stratford will meet in what is shaping as an even-money game.

The Redbacks are one win ahead of the Bulls on the table, and will be gunning to make it three victories on the trot when they travel to Colin Wrigglesworth Oval.

Stratford all-rounder Bohdi Walker is in form, with scores of 48 and 50 in his past two hits. Walker also took 3-19 last week, and will want to inflict further damage with the new ball on Saturday.

The plan of taking pace off the ball by using Andrew Tatterson to open the bowling looks to so far have worked for the Redbacks, with the veteran keeping things relatively tidy. Tatterson was particularly effective last week against Rosedale-Kilmany, going for just 10 runs in eight overs with three maidens.

Bundalaguah could be forgiven for thinking the cricket gods are still against them, with the Bulls’ short fallings from last season carrying over into 2020-21. The Bulls continue to be haunted by close losses, with their two defeats so far this season by one wicket and 11 runs.

Given the nature of one-day cricket, tight finishes are common place, and the panic button at Bundalaguah will still be behind glass for the time being.

It is highly unlikely Bundalaguah can keep playing as well as it has and not have things turn around.

Some young players in the Bulls’ paddock have shouldered extra responsibility this season, and will want to continue on their way.

Nathan Whitford was arguably the pick of the bowlers last week, taking out the Maffra top order, and he could be charged with doing the same to Stratford on Saturday.

Jake Wynd has contributed valuable scores of 52 and 29 with the bat, and Lachlan Floyd already has seven wickets to his credit for the season.

The Warriors are still searching for their first win of the season, and will need to get a wriggle on to avoid playing catch-up with the rest of the competition.

At the moment at least, it simply appears Rosedale-Kilmany’s top line players just aren’t playing well, which is putting unrealistic demands on either kids or, for want of a better word, lower tier players.

That being said, there has still been some positives, such as Cameron Whiteoak, who scored a determined half-century last week against the new ball. Whiteoak will want to back up this effort and help the Warriors to a decent total.

Boisdale-Briagolong will be rejuvenated after a near perfect match against Longford.

The experiment to send opening bowler Todd Mann out to face the new ball paid off in a big way, as he scored 123 from 96 balls. With Michael Roberts, Steve Noble, Lewis Bolton and now Mann, the Saints have a plethora of players with experience opening the batting, which should serve at least two purposes as it means the side can either get off to a strong start, or players coming in down the order will be able to keep things together if they lose a few early wickets.

COLLEGIANS will make the trek across town to play Longford at Stephenson Park.

College lost its first game of the season last week against Sale, and will be aiming to get back on the winners’ list.

After a top rate bowling performance, the College batting effort quickly disintegrated into a shambles as it attempted to chase 120, only to lose 8-41.

Longford hasn’t had much to write home about in the early stages of season 2020-21, but the more games some of the Lizards young players can get under their belt the better they will be in the long run.

While Longford hasn’t been bowled out in its previous two games, it has been ultra-defensive. Moving into the next few weeks, Longford batsmen may look to expand and accept that going out is part of cricket, and that if they are in the best position to attack first and foremost, they will be in a good position to bail out and defend if needed.