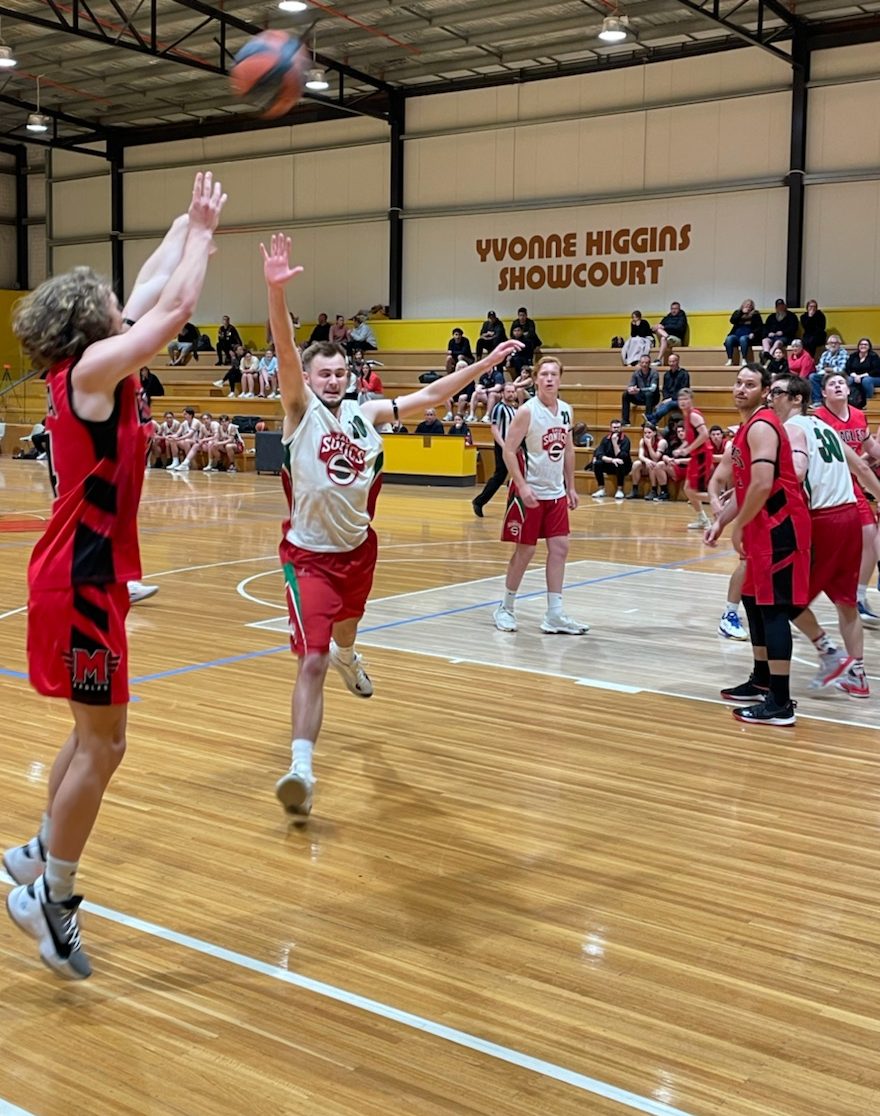 THE first round of the Country Basketball League got underway on Saturday with the grudge match of Maffra taking on Sale in both the men’s and women’s.

Sale Sonics took out the women’s match while Maffra won the men’s fixture on their home court.

For the women it was off the back of two debutants that gave them the win to get their CBL off to a fantastic start, winning 74 to 66.

Sienna Wynd and Ashley Centra were the pick of the players for the Sonics scoring 20 and 19 points respectively.

It was a strong team performance from the Sonics women with the scoring spread across the board with contributions from Olivia Barnett and Tegan Blaby.

Tayler Hardman was the pick of the players for the Eagles putting up an impressive 25 points along with Michelle Clarke who scored 15 points.

It was a close match the entire way through with Sale pulling away in the third period where they put up 22 points to Maffra’s 16 in what became a relatively comfortable victory.

Maffra jumped Sale early in the men’s fixture, outscoring the Sonics in the first period 18 to 13.

The Eagles then pulled away further after the break in an impressive second period in which they punished the Sonics, scoring 22 to two to put the pressure right on the Sale side.

Sale fought valiantly in the second half, the score line was more respectable but it was always an uphill battle and a bridge too far.

Sam Whelan was the chief destroyer for Maffra putting up 30 points in what was a dominant display to start his season.

The Eagles had contributors across the board from Andrew Quirk who put up 18 and Coby Burgiel who had 11 points to finish the match.

For the Sonics it was a lack of support from teammates that was the factor behind their loss but will be buoyed by good signs and opportunities to improve as the season progresses.

Harper Fraser was the pick of the players for the Sonics scoring 21 points in his match.
Jake Hutchins and Ben Dessent ably supported Fraser scoring 12 points each.

It was a tough weekend for the Sale men’s side going down to Churchill in their match on Sunday 105 to 67.

The Sonics had no answer for the Blue Devils offence struggling to slow the dominant scoring display.

Harper Fraser continued his good form from the night before putting up 17 points along with Dessent and Josh Butcher who scored 14 and 12 respectively.

The women lost their Sunday match to the Traralgon side in what was a disappointing away match.

The T-Birds were just too strong, easily accounting for the Sale side winning 71 to 33 in what was a dominant performance.

Sale struggled to get its offence going, with no player reaching double figures in the loss. Tegan Blaby was the pick of the group, putting up nine points.