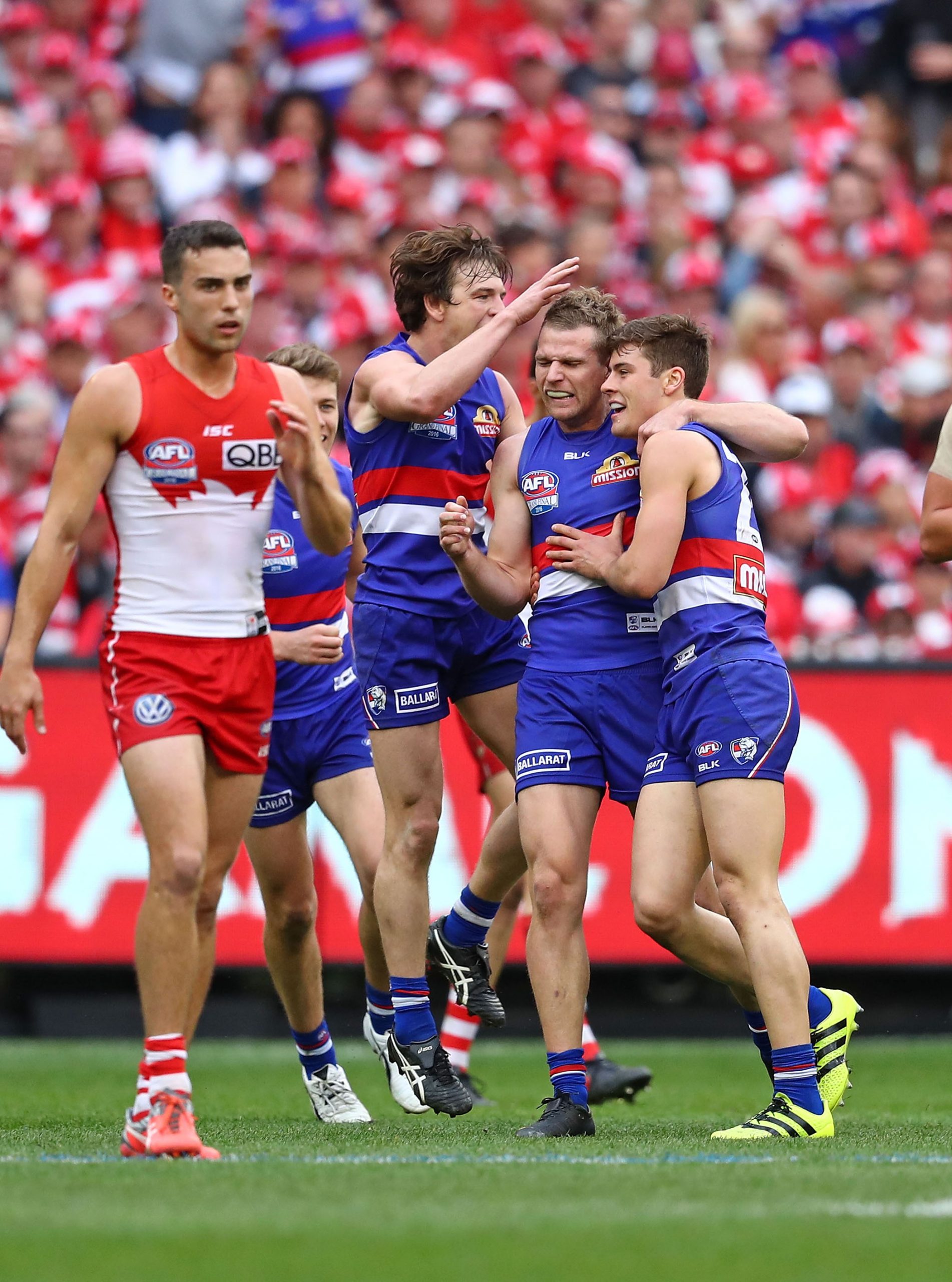 Bulldogs draftee, Josh Dunkley, 19, bursts from the players’ tunnel to take the field for his 10th AFL game.

Sitting in a sunlit cafE in Lygon St just days before, it’s clear Dunkley is the same gracious kid from Gippsland whose childhood dream of dominating our nation’s sport has suddenly become a well-deserved reality.

“I get goosebumps every time I run out. It’s special,” he said.

Dunkley stretches back in his chair, looking out the window with a faint expression of disbelief. He rocks the chair back down and begins to play with his coffee cup.

“It’s a weird feeling, but you have to take it in your stride.”

Surprisingly, having cameras and thousands of eyes trained on him is nothing new for Dunkley, who found himself at the centre of a media frenzy last year regarding the speculation about whether he would capitalise on the father/son rule or elect to be placed in the 2015 draft.

Dunkley is the son of Sydney Swans defender Andrew Dunkley. An uncanny likeness of his father in his younger years, Dunkley Jr is similarly recognised for putting his towering frame on the line for the game and his teammates. However, Dunkley’s eligibility for the father-son rule would see him move interstate and away from home, something Dunkley, the middle child of a private, close-knit family, was hesitant to do.

The addition of a point system meant clubs could now bid on players. This new ruling, compounded by Josh’s doubts about moving to Sydney, fuelled debate in the press about his next move.

“People were trying to blow it up and make it a big deal. Everyone was asking me what I was doing, and it kinda just snowballed,” Dunkley says shrugging it off. Suggesting that’s just how things worked in the world of sporting elitism.

Dunkley credited his family for helping him deal with the hype.

“My whole family really helped. Having Dad was good. He has been through it before, so I can talk to him about everything.”

Dunkley lowered his gaze, his respect and awe for his father apparent.

A last-minute signing to Sydney saw the Bulldogs place a bid on hardworking Dunkley in the draft, which the Swans failed to meet. This meant Josh’s dream of playing professional AFL in Victoria was fulfilled.

Now making a home at Whitten Oval, Dunkley’s first year of footy has been “fairytale-like”: a Rising Star nomination, regular placing in the Bulldogs’ top 22 and his name now immortalised in the holy grail of footy, the 2016 flag. The irony that this occurred against the team who passed him over in 2015 hasn’t escaped him.

Mature beyond his years, Dunkley is a kid who carved out his own route to success on the back of sheer persistence, sacrifice, self-respect and love for a family who taught him to focus on the bigger picture.

“I haven’t been home in eight months. I miss it, I really miss it,” Dunkley said.

While the boy from Yarram is shaking up Melbourne and the AFL, Gippsland will always claim Dunkley as its own. And he will always see the green paddocks and familiar faces of ‘Gippy’ as home.

Olivia Sclater is studying Journalism at the University of Melbourne