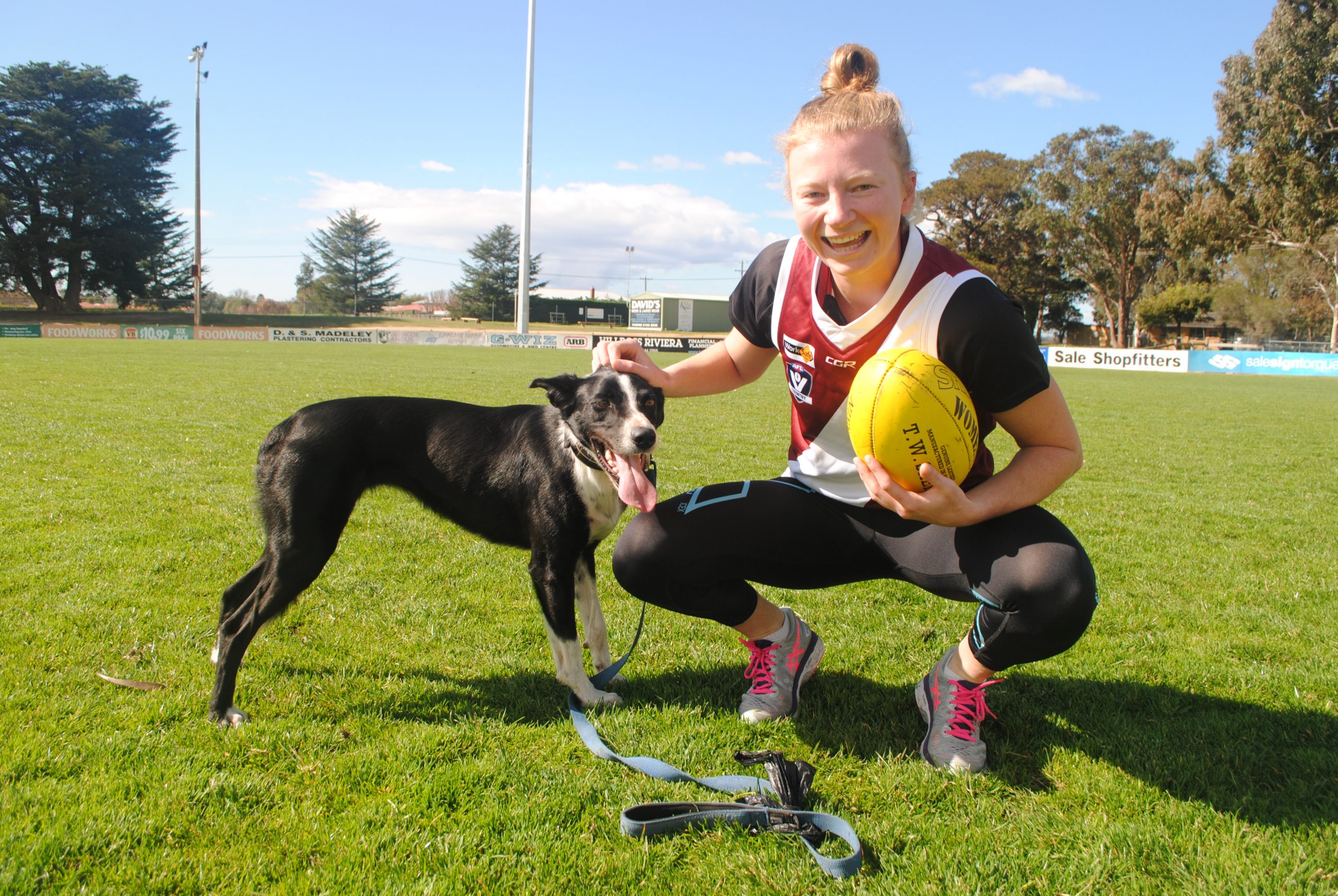 IN the first year of the South East Women’s Football league, Gippsland Maroons captain Amy Harrison has won the first ever division one best-and-fairest award.

Astoundingly, and perhaps most impressively, the Longford and Rosedale local managed to snatch the award by four votes, despite the Maroons being knocked out of contention for finals.

“(I’m) super surprised to win it, overwhelmed, but definitely something I’ll be proud of for a long time,” Harrison said.

“I would say it gives a good reflection of the work that the club put in to give us the opportunity to play in division one, it made a huge difference to be able to play the best football available in our region.

“Maybe [it was] something about being surrounded by a great group of girls which made playing the game really enjoyable and it allowed me to get the best out of myself.”

“It was a pretty even season, really, it could’ve gone to anyone,” she said.

Maroons coach Nicole Schroeter said she “could not be happier” with Harrison taking out the award, as the skipper had shown great leadership this year always helping other team mates.

“Her knowledge of the game shows on and off the field, always leading the girls in a positive attitude,” Schroeter said.

“Amy makes a massive impact on the field and positions herself always in the correct place at the right time.

“She is an aggressive onballer who has proven her place on the team and has had an outstanding year with many more to come.

“Her skill level and decision making is phenomenal.

“I’m sure if she was to look at VFL she would be an asset to any club.”

Harrison was also named in the SEWF division one team of the year, with fellow Maroons Abi Livingstone, Ash Jans and Tayla Tatterson.

It was the 23-year-old’s first year with Gippsland Maroons, after a season in the Victorian Football League with Victoria University Western Spurs in 2016, coached under one of the greats of the game, Debbie Lee.

Joining the Maroons after the disappointment of not being drafted by an AFLW club, Harrison may have stumbled across a blessing in disguise, spending her year regaining her passion for footy and re-establishing connections back in Gippsland.

She hasn’t completely ruled out a return to VFL, but said her priority was now her education degree at Federation University.

“Some people are lucky enough that they will play football as their career,” she said.

“I’d never say no given the chance, but I want to be a teacher, and that’s what I’m going to spend the next three and a half years doing.”

An all-round athlete, Harrison plays A grade netball for Rosedale Football-Netball Club, as well as coaching their D grade side on Saturdays, and somehow managed to squeeze in running a marathon with her sister Megan this year. She encouraged young girls who haven’t decided what sport they want to play yet to try both netball and football.

“It’s important to start with the youth girls, because most of us that are my age now never got that chance — we all just played netball and got set into that,” she said.

“The youth girls football programs are huge around here now, they had a super successful competition that’s just finished.

“The important part of that is once they’ve reached 18 they keep playing senior football, which at the moment the only team they can play with around here is Gippsland Maroons.”

Harrison hoped more women’s football games would be played around the region next year, not just in Traralgon, to bring more girls to the game.

“You’ve got to market women’s footy pretty hard for people to get involved, and a lot of people need to see it before they can get involved,” she said.

She said the women’s football schedule was accommodating to most schedules.

“A lot of people think that if they play netball they can’t play football but it’s quite the opposite, because we play on Sundays,” she said.

“It isn’t a full time commitment, despite what people think, you can have weeks off if that’s what you need to do.”

As well as the supportive team environment, Harrison said her love of the sport revolved around it testing her fitness in a way that netball and basketball couldn’t.