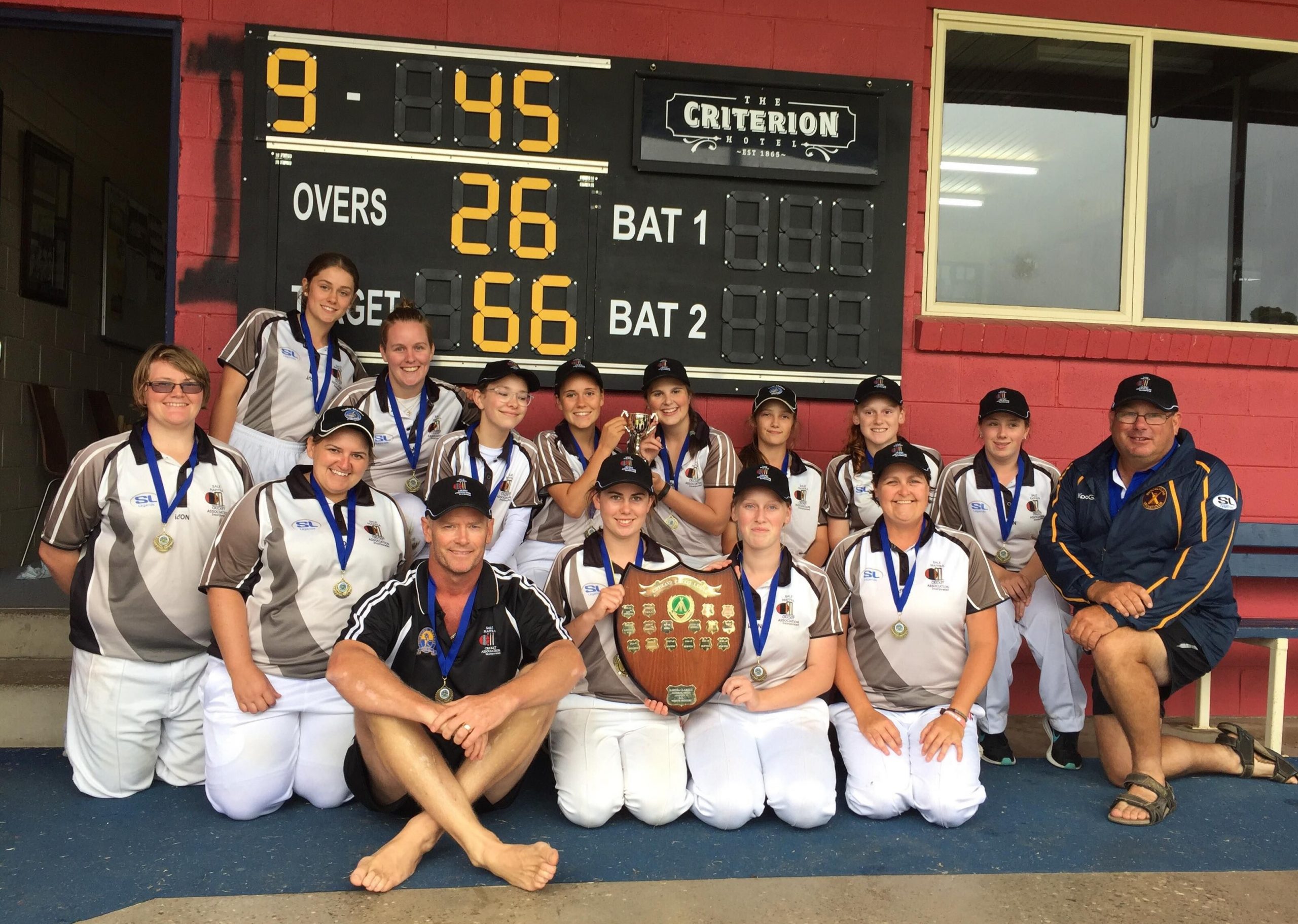 Sale-Maffra defeated Bairnsdale by 20 runs in a low-scoring final, which was interrupted by rain, at the College Oval in Sale.

Sent in to bat, the Sale-Maffra innings got off to a bad start, with Teagan Fairbrother run out without scoring. Shortly after her opening partner Keira Morley was also back in the pavilion for three.

Megen Wrigglesworth, eight, and Tamara Hall, 11, came together and had a partnership of 20 before Hall was dismissed.

The other partnership of note was 19 between Sara Lovi (seven) and Harper Grewar (six), plus some handy extras, as Sale-Maffra was all out for 65.

Becky Stevens was the pick of Bairnsdale’s bowlers, taking 3-9 from eight overs.

Facing seven overs before the lunch break, Bairnsdale was 1-4 with Hall dismissing the dangerous Sally Guthrie for one with a smart caught and bowled. Earlier in the season, Guthrie had secured the women’s twenty20 title for Bairnsdale with an unbeaten half century in the final against Sale-Maffra.

When the innings resumed, Bairnsdale appeared happy to defend and push singles, but wickets fell regularly. Rain intervened with the score on 5-35.

After the players returned to the field, Sale-Maffra was eager to get the key wicket of Stevens to raise its hope of a premiership.

Wrigglesworth was summoned back to the bowling attack, and with the change came the vital wicket. Stevens was on her way for 26.

On a roll, Wrigglesworth followed up with two more wickets in quick succession.

With one wicket to get, Meika King came into the attack, with some pace she was able to get through the final batter and Sale-Maffra had secured its first premiership in the 17 year history of the competition.

Player of the match Wrigglesworth ended with 3-2, Hall 3-6 and Morley 2-13 as Bairnsdale, batting one player short, was bowled out for 45.