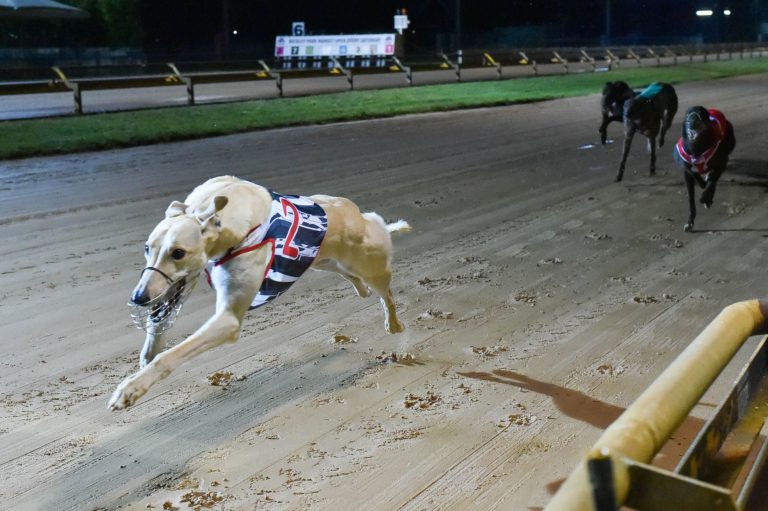 CATCH The Thief qualified for the group two Geelong Gold Cup final after winning his heat on Friday night.

A week after finishing second in the Adelaide Cup, Catch The Thief, prepared by Briagolong trainer Matt Clark, was an unbackable $1.04 favourite for his 520 metre heat, and claimed a 13th win from his past 19 starts by four lengths.

Catch The Thief drew box six for this Friday night’s final, with the winner receiving $50,000.

GOT The Torque, trained at Tinamba by Robert Bean, narrowly missed out on a win during Thursday night’s metro meeting at Sandown Park.

The dog finished second in a 515m grade five by a nose to Orwell Bale.

In his past four runs, Got The Torque finished second three times, plus had one of his four career wins. Got The Torque stepped up in distance for Thursday night’s race.

ROSEDALE trainers Jeff and Sharon-Lee Chignell had a good night during Saturday’s metro meeting at The Meadows, highlighted by Annie Rose sharing victory with Dim Sim, trained by Andrea Dailly, in a 525m grade five.

Following a second and a third at the track in recent weeks, Kingfisher Rose finished third in a 600m mixed grade four and five.

TWO locally-trained dogs advanced to this Thursday’s final of the 515m GRV Vic Bred Series for dogs with one to four wins.

General Collinda, trained at Boisdale by Stephanie Tyler, and Stuart Lee Rose, trained by Sharon-Lee Chignell, finished second in their respective heats at Sandown Park on Sunday, earning the right to race for the $10,000 winner’s purse.

Sovereign Wind, trained by Des Douch at Maffra; Dr Tucker, Bill McMahon at Darriman, and Earn The Answers, Lyn Smith at Nambrok, advanced to the final after winning their heat.