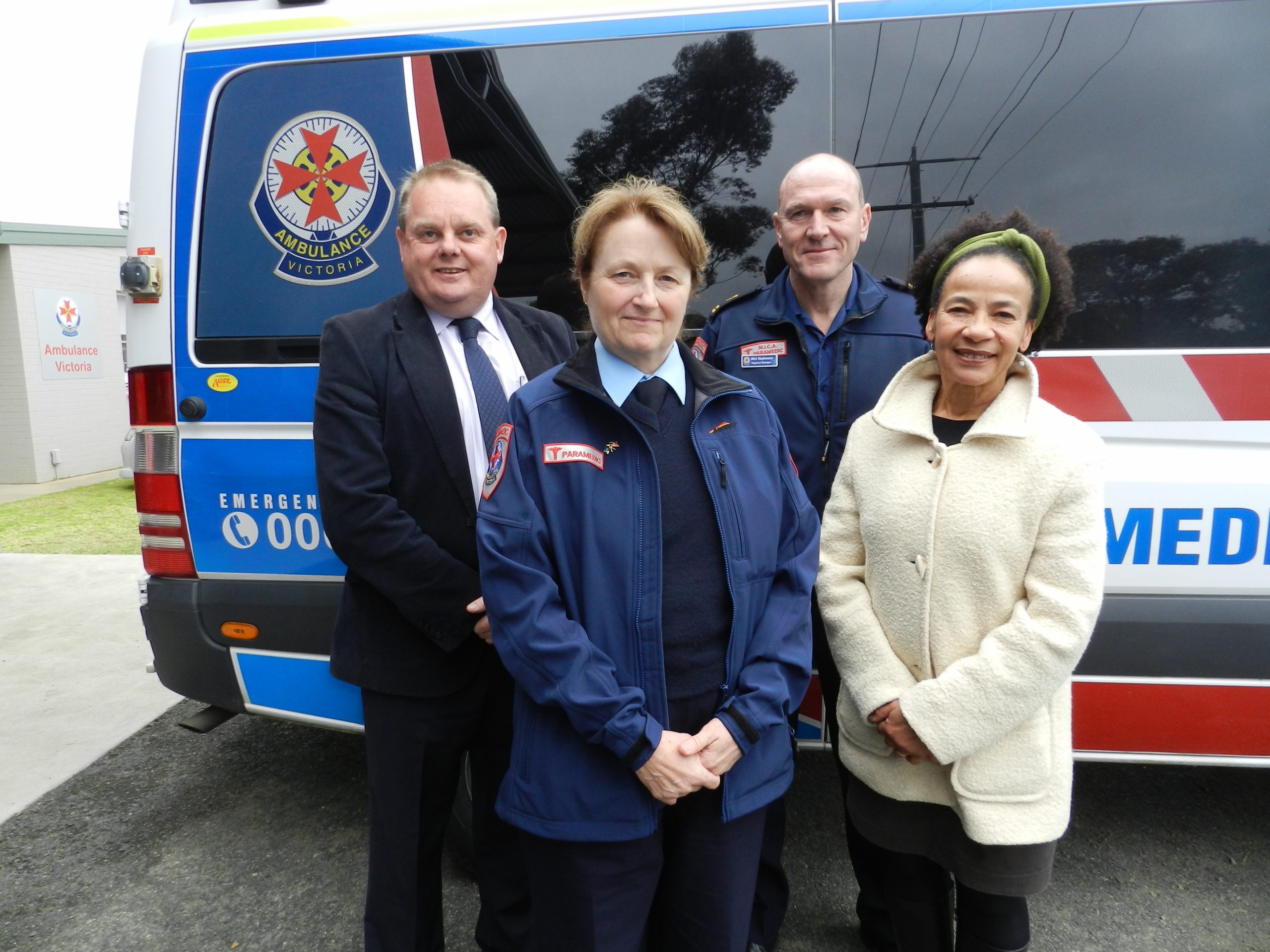 Mr Bull said the new facility would house a Complex Patient Ambulance Vehicle which provided an important service to the people of Gippsland and was integral to the operations of Ambulance Victoria.

“Complex Patient Ambulance Vehicles are larger ambulances, purpose built to accommodate and support complex patients, and those patients unable to safely be transported in a general purpose ambulance.

“The provision of these vehicles is testimony to this government’s commitment of providing top class health services to the people of Victoria,” he said.

Ambulance Victoria group manager for east Gippsland Debbie Ray said the shed would make a “huge difference” to the operations of the Heyfield Ambulance facility.

“The shed will house the complex patient vehicle that we use for really sick patients and we also need the vehicle to transport large amounts of equipment for these patients,” she said.

“The vehicle can take patients that weigh anywhere up to 350 to 400kg.

“We only have one of these vehicles in Gippsland; it’s quite instrumental to our occupational health and safety program and looking after our staff and their welfare.

“Being able to put the shed here means the vehicle is able to be housed here.”

Mr Bull said the government had also invested heavily in ambulance services in the region.

“This investment has included two new MICA single responder units at Sale and Bairnsdale, as well as funding to rebuild the Maffra branch, which is expected to commence shortly.

“On top of this, a new $550 million contract to replace the state’s fleet of helicopters has been announced.

“These new helicopters, one of which will be based in the Latrobe Valley, are faster and can travel further, to better service the people of Gippsland.

“The Coalition has also increased funding to Ambulance Victoria by 23 per cent, to a record $696 million,” he said.