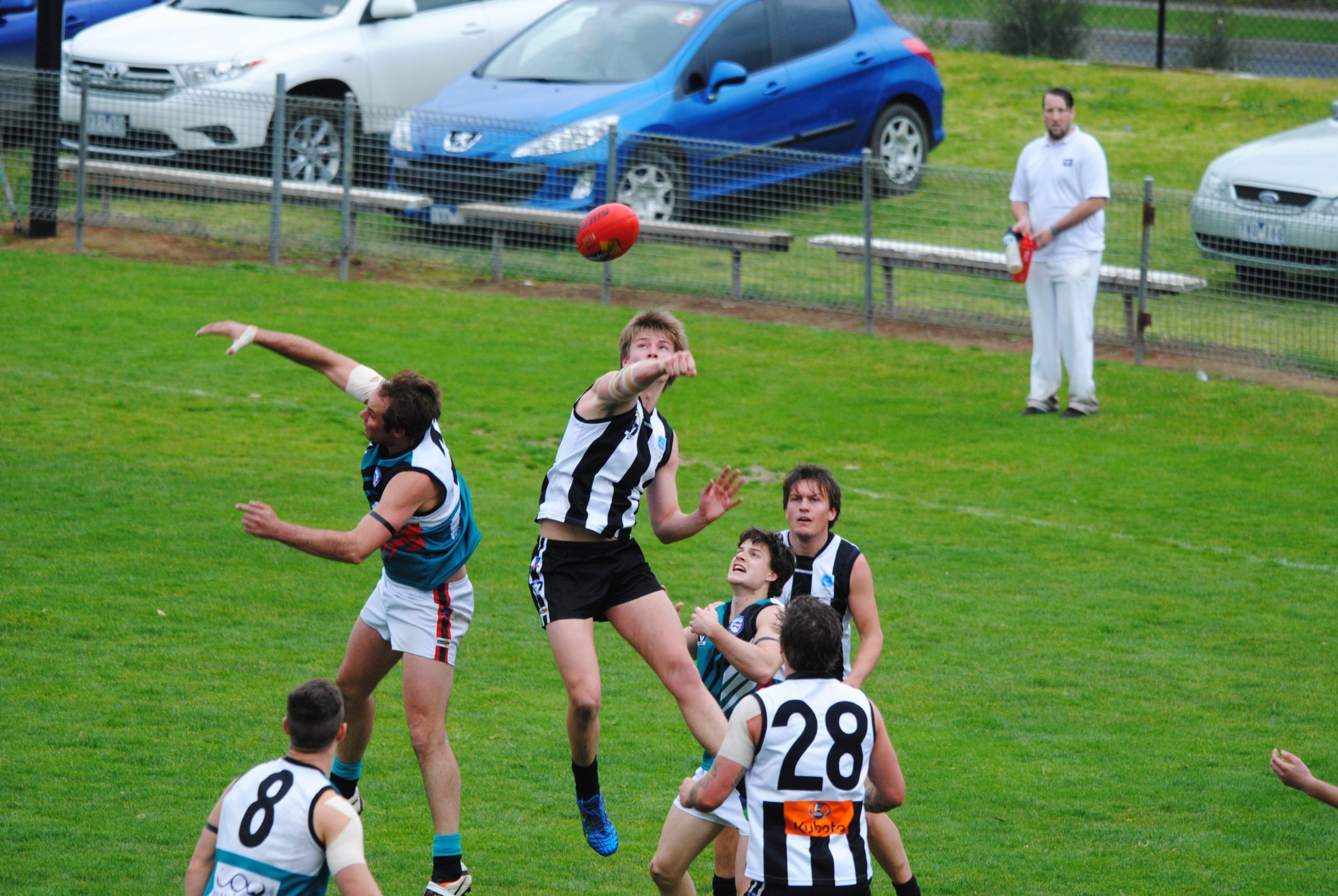 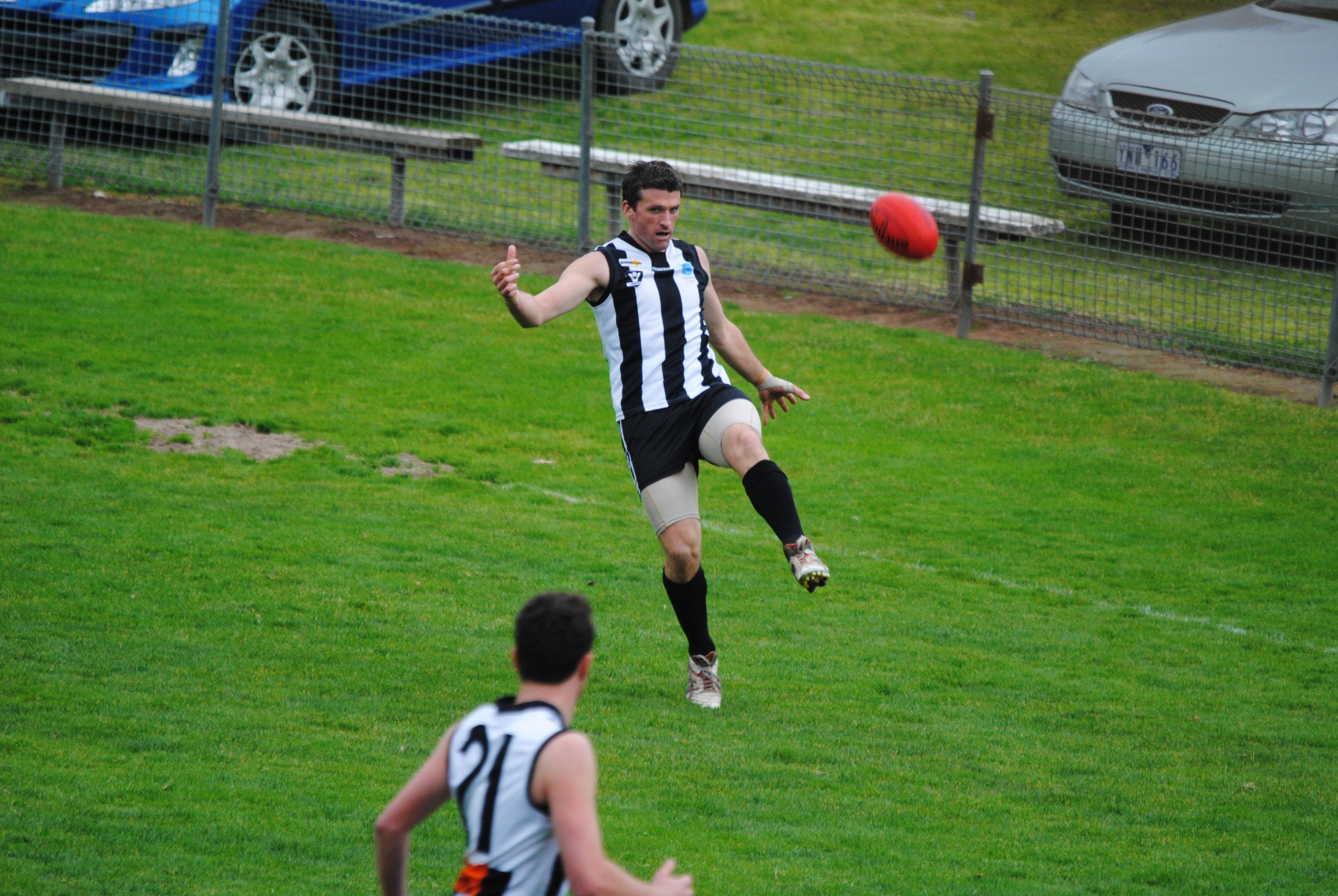 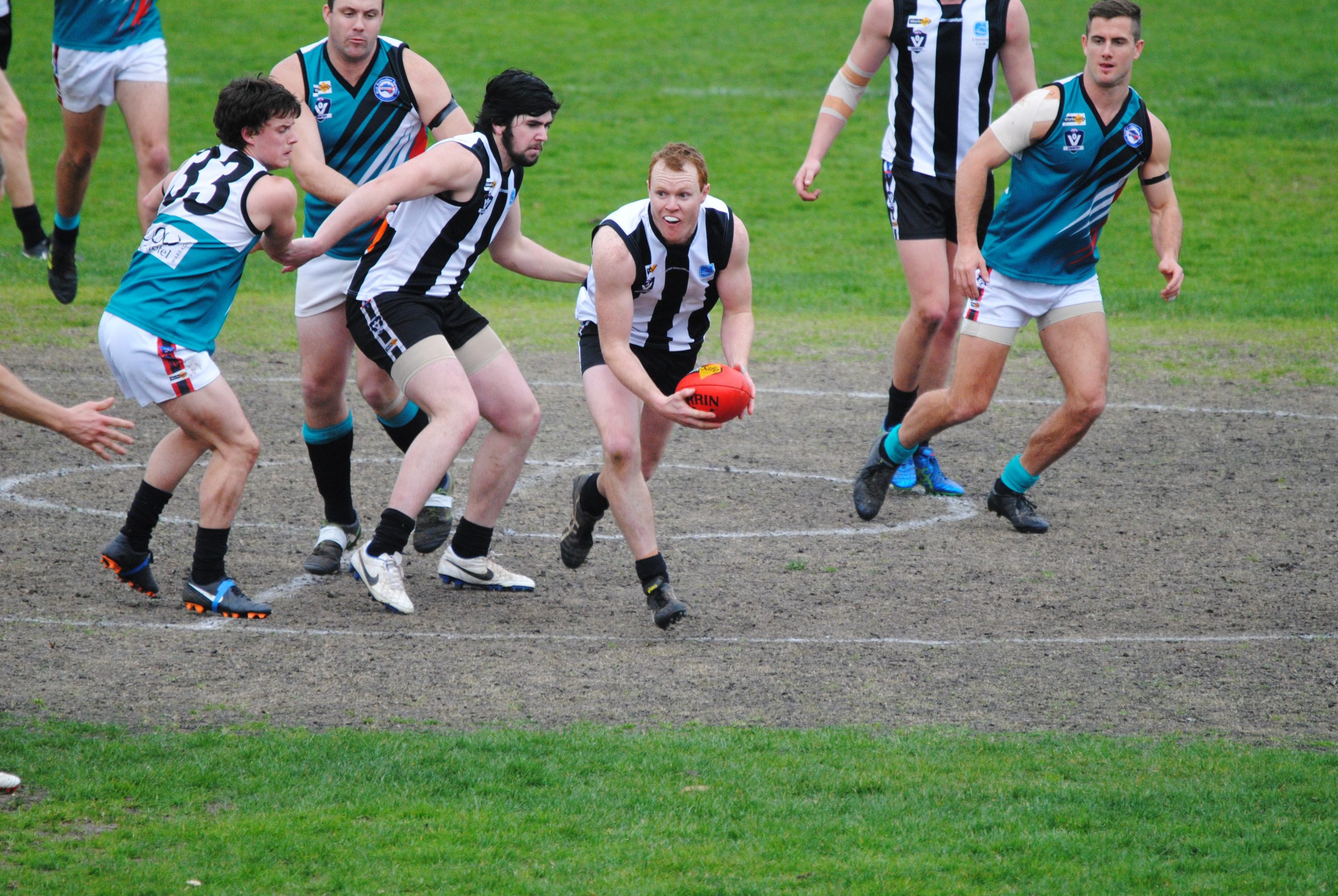 SALE finished with a big win over Warragul in a match that was kept open and entertaining.

The Magpies continued their build-up to the Gippsland League football finals and next weekend’s big final round clash at Morwell, putting together four even quarters. The Magpies finishing with a nine-goal final term to win 22.19 (151) to 4.5 (29).

Such was the Magpies’ dominance, the Gulls didn’t kick a goal in the first half.

The Magpies have come a long way since the early rounds when they scrambled over the line in several close matches. The win over Maffra in round seven proved a turning point, with the side developing confidence and playing much tougher football.

Most Sale players will be back for finals with Gippsland Power players also available.

Against the Gulls on Saturday, the Magpies’ ball handling skills and use of the ball with hand and foot were first class. It is almost as if they are peaking at the right time of the year but the Magpies are not getting carried away, fully aware contenders Morwell and Wonthaggi are also playing great football.

Sale ruckmen Jack Lipman and high leaping Harry Kaandorp set the game up at the centre bounce and at ground level, Chris Laverty, Tye Morrison and Bohdi Walker went after the tough ball then hit targets with well directed handball.

Walker, who is playing great football, in one brilliant passage in the final quarter, gained possession on centre wing, worked through heavy traffic then hit Jason Gram on the lead with a perfect pass.

Up forward, Matt Ferguson and Gram kicked seven goals each, while young talent Jarrod Freeman, who has great hands with his one grab mark and great goal awareness, kicked five.

Luke Reggardo and Josh Kennedy kept running and setting up passages of teamwork with their smart football.

The Gulls were persistent and only have to add four or five to their list to be very competitive next season.

Lachlan Petch was good in defence, Tom Fusinato was good on the ball and the best of the forwards were Brad Scalzo and Tim Brady.

WONTHAGGI sealed third place on the ladder and the double chance during the finals following a dominance performance against Maffra.

Without captain Ben Coleman and key forward Daniel Bedggood, the Eagles equalled their lowest against Wonthaggi, set against the former Blues in 2001.

Now in fifth place, behind Bairnsdale on percentage, the Eagles will face the Redlegs in an elimination final at Sale regardless of what happens next weekend.

Despite being without key big man Earl Shaw, Wonthaggi led Maffra at every change, inaccuracy in front of goal preventing a half-time margin being bigger than 15 points.

The Power took control of the contest during the third quarter, booting seven unanswered goals to take a 55-point lead into the final term. Both teams kicked two goals each in the final quarter, but the Power still had nine scoring shots to four.

For the Eagles, Joel Lambourn and Sam Walker tried hard in defence, while Kel Porter and Winston Gieschen took the fight up to the Power onballers.

BAIRNSDALE ended a four-game losing streak and sealed a place in the finals with a 153-point thumping of Drouin.

The writing was on the wall early for the Hawks, when they managed just one point in the first half as the Redlegs got out to a 105-point lead. The Redlegs’ first quarter score of 11.3 (69) is a club record first term in this league.

MOE lifted in the second half, but Leongatha prevailed by 30 points.

MORWELL ended Traralgon’s hopes of making the finals with a 15-point win on Sunday.