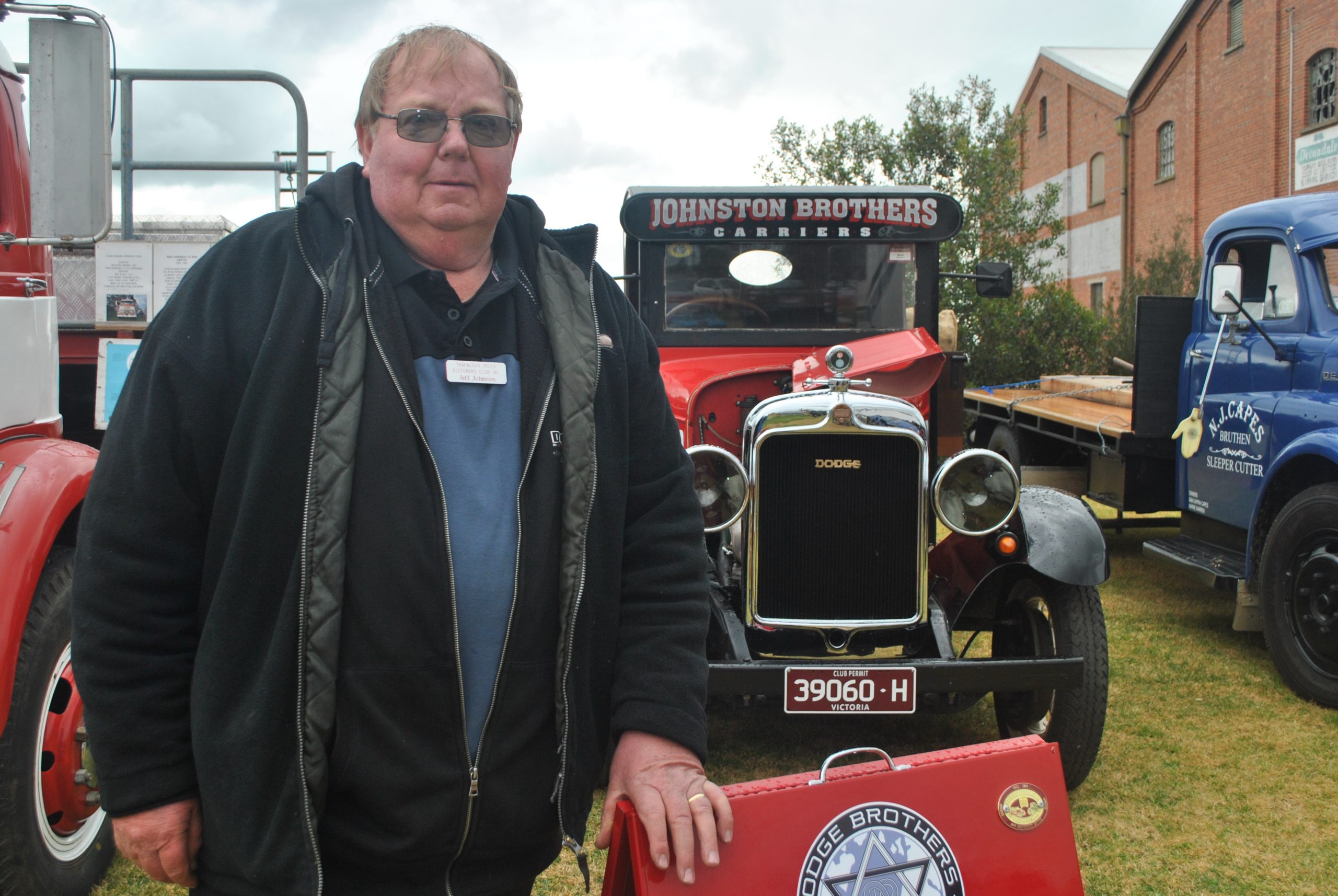 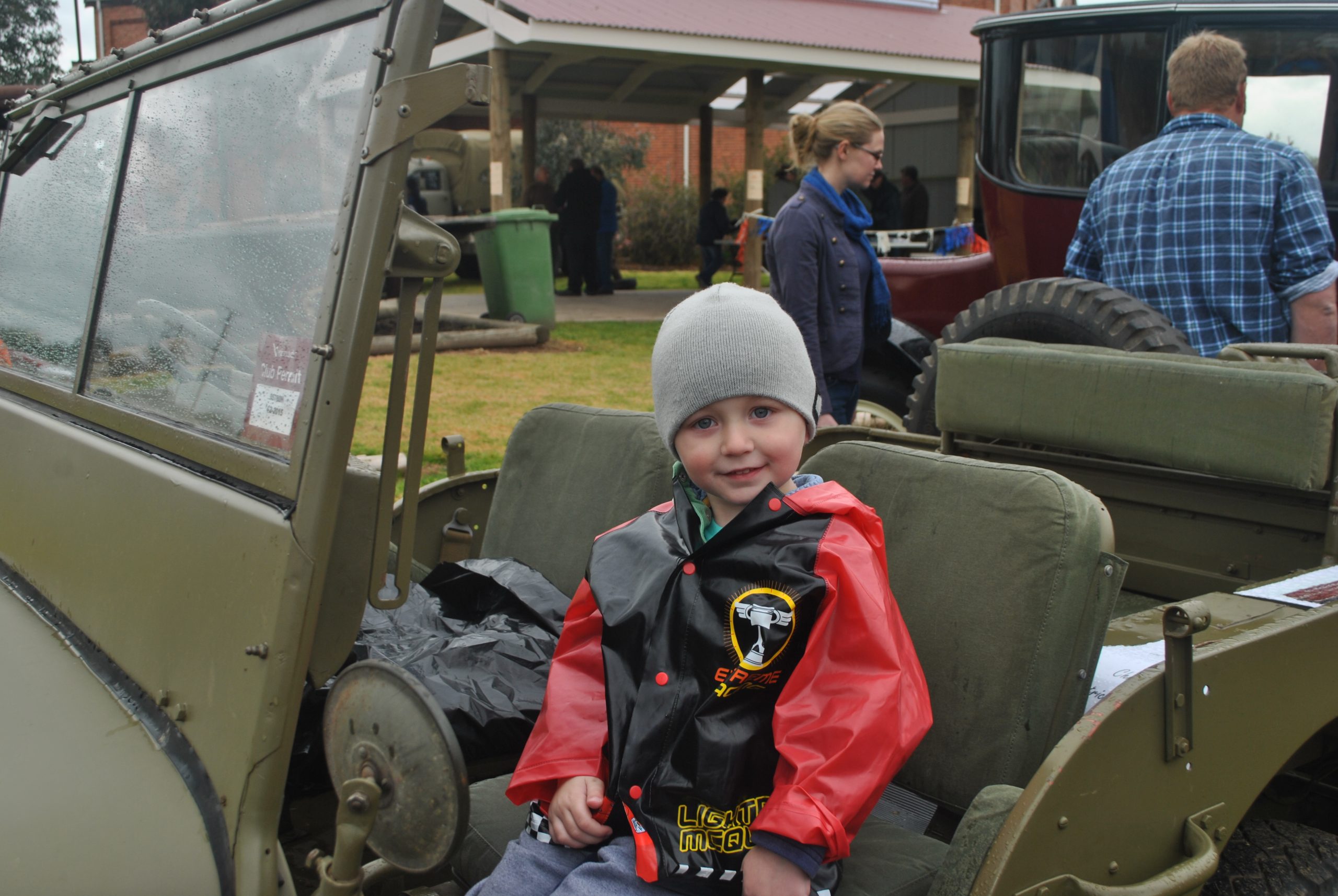 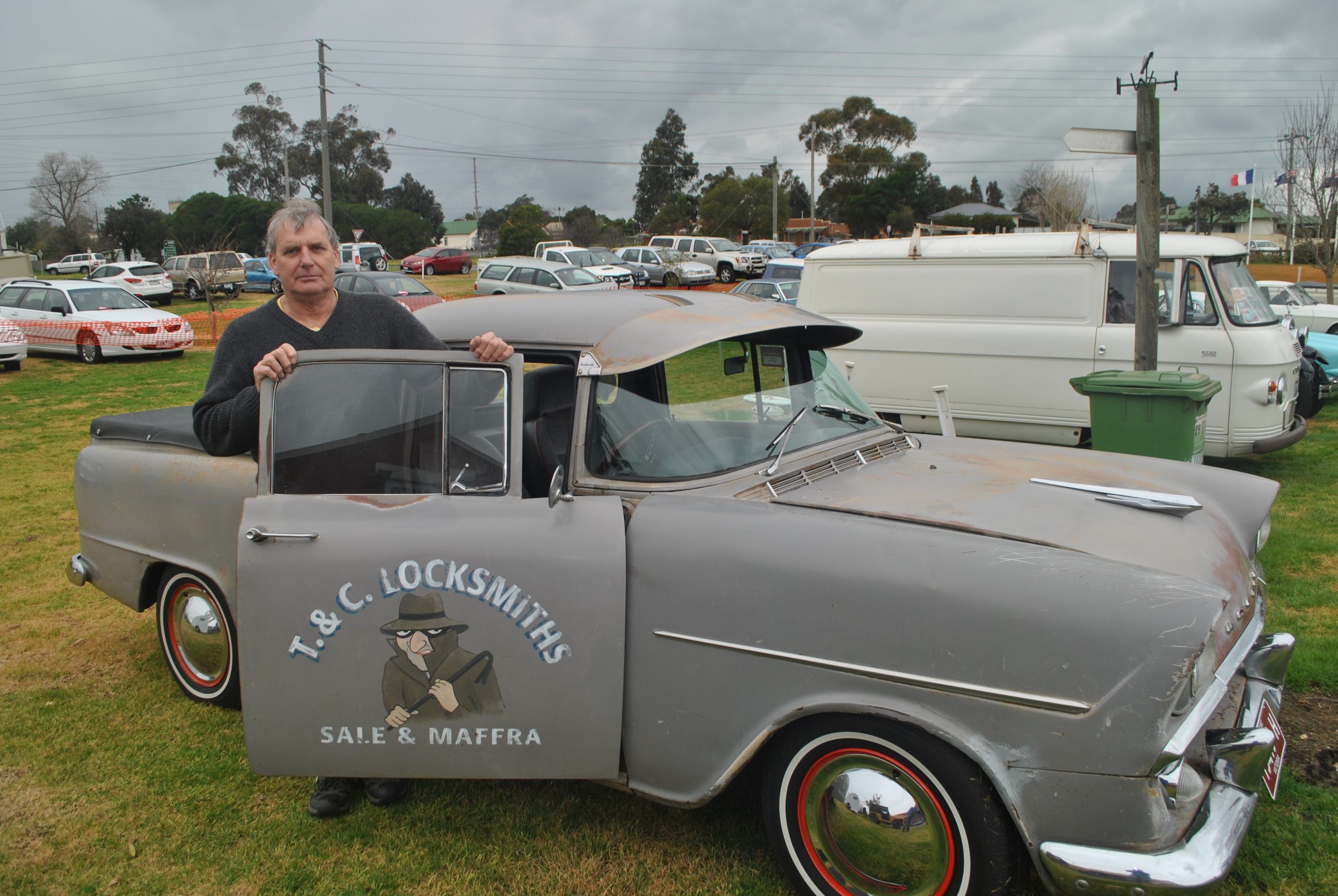 Gippsland Vehicle Collection member Ian Kennedy said the visitors braved the cold to view the many trucks and vehicles on display, which included a selection of tankers from the Fire Museum in Melbourne.

The display inside the building also proved popular, with vehicles including tankers, postie bikes, an 1922 Albion bus and old milk carts.

“Donaldas used to sell a heap, they were everywhere,” Mr Kennedy said.

Fred Love of Trafalgar took out first prize for post-war vehicles with his 1967 Diamond T, which he has owned since 1976.

“I worked on it for five years then parked it in the shed for 18 years,” Mr Love said.

“I then decided to semi-restore it.”

Mr Johnston, who recently purchased the vehicle in Queensland, picked up the prize on the way home from another car show held in Dubbo, New South Wales on Saturday.

The 28 horsepower truck has a top speed of 30 miles per hour, with Mr Johnston purchasing some firewood for the tray in Dubbo especially for the display day in Maffra.

“It has stopped and started, it ran when I purchased it,” Mr Johnston said.

“It has been a labour of love, I have been making alterations and improving things along the way.

“I had an idea to put some firewood, a milk can and some (hessian) bags in the back to show people what they were used for back in the day.”

In a fitting end to the weekend, the Maffra CFA’s Graham Bros fire truck was awarded first prize for pre-war vehicles.

The Maffra Bush Fire Brigade purchased the tanker off Maffra Co-op in 1943 for 45 pounds.