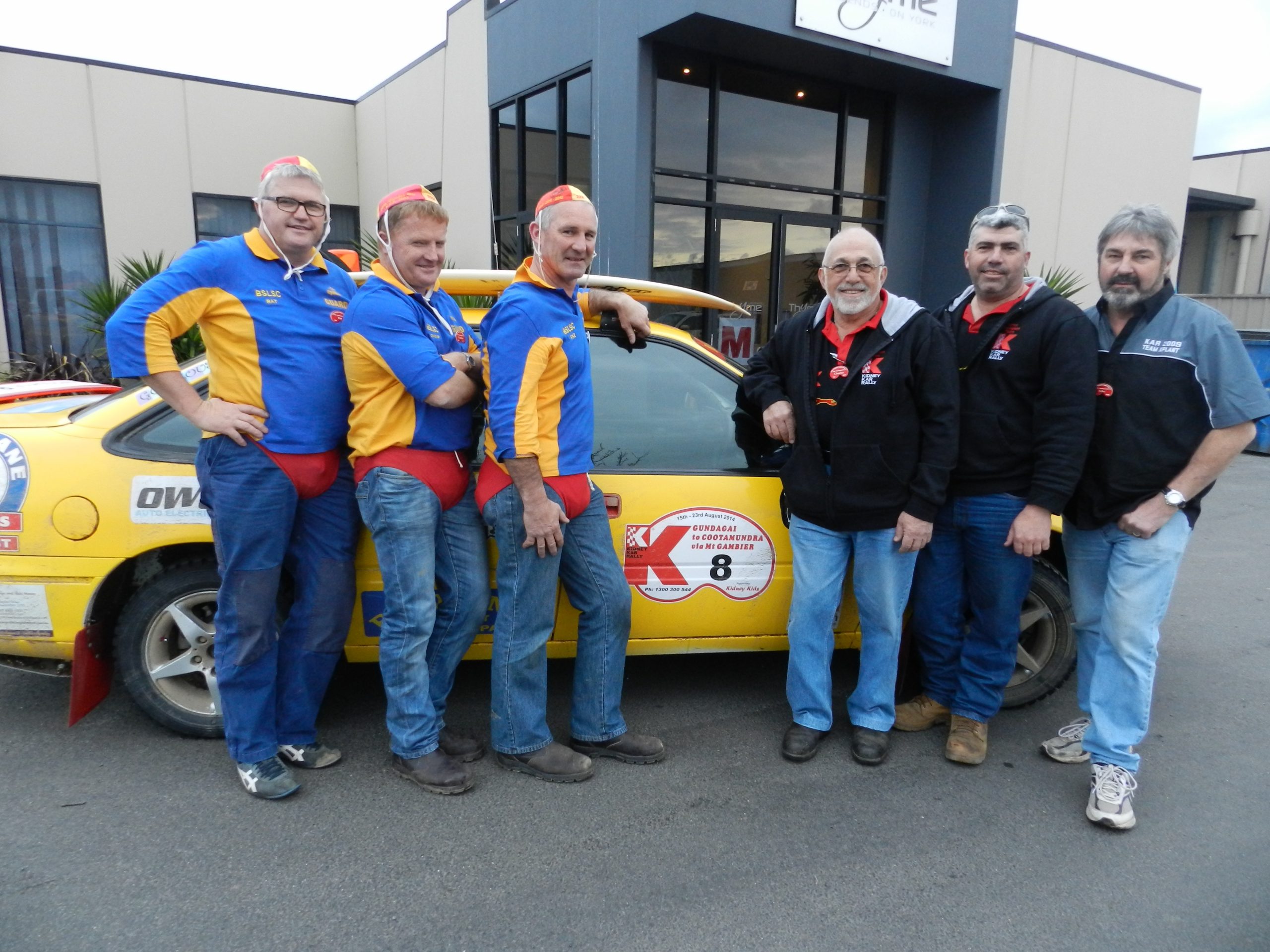 THE Kidney Kar Rally stopped in Sale on Sunday, the first stop along the 4000 kilometre rally drive from Gundagai to Cootamundra.

In its 26th year, the eight-day rally competes to raise money for the Kidney Kids Camp, and encourage locals to ‘take the test’ to assess if they are at risk of chronic kidney disease.

“It’s predominantly to raise money for Kidney Health Australia, so that it goes towards the Kidney Kids Camps,” Ms Davis said.

“Everything that we raise for this event goes towards sending kids with kidney disease on camps.”

“It allows kids to build self confidence, have fun and make new friends in a supportive and safe environment,” Ms Wilson said.

“Kidney Health Australia relies on the vital funds raised by the Kidney Kar Rally to continue to make our National Kidney Kids program across Australia possible year after year.”

Ms Davis said the rally drivers had a long first day, with a few vehicles struggling to be beat the rough terrain.

“It’s all off-road, so they’re on the dirt the whole time,” she said.

“The cars all have trouble one way or another, breakdowns and things like that, but they get fixed and they come back in.

“We’re having a great time but if you could just stop the rain we would have an even better time,” she laughed.

Over the next four days, the rally will travel to Yea, Ballarat, Hamilton, Mt Gambier, Bordertown, St Arnaud, Heathcote, Mulwala and Ganmain, with Cootamundra in New South Wales the final stop on Saturday, August 23.

For more information about the Kidney Kar Rally, visit www.kidneykarrally.com.au