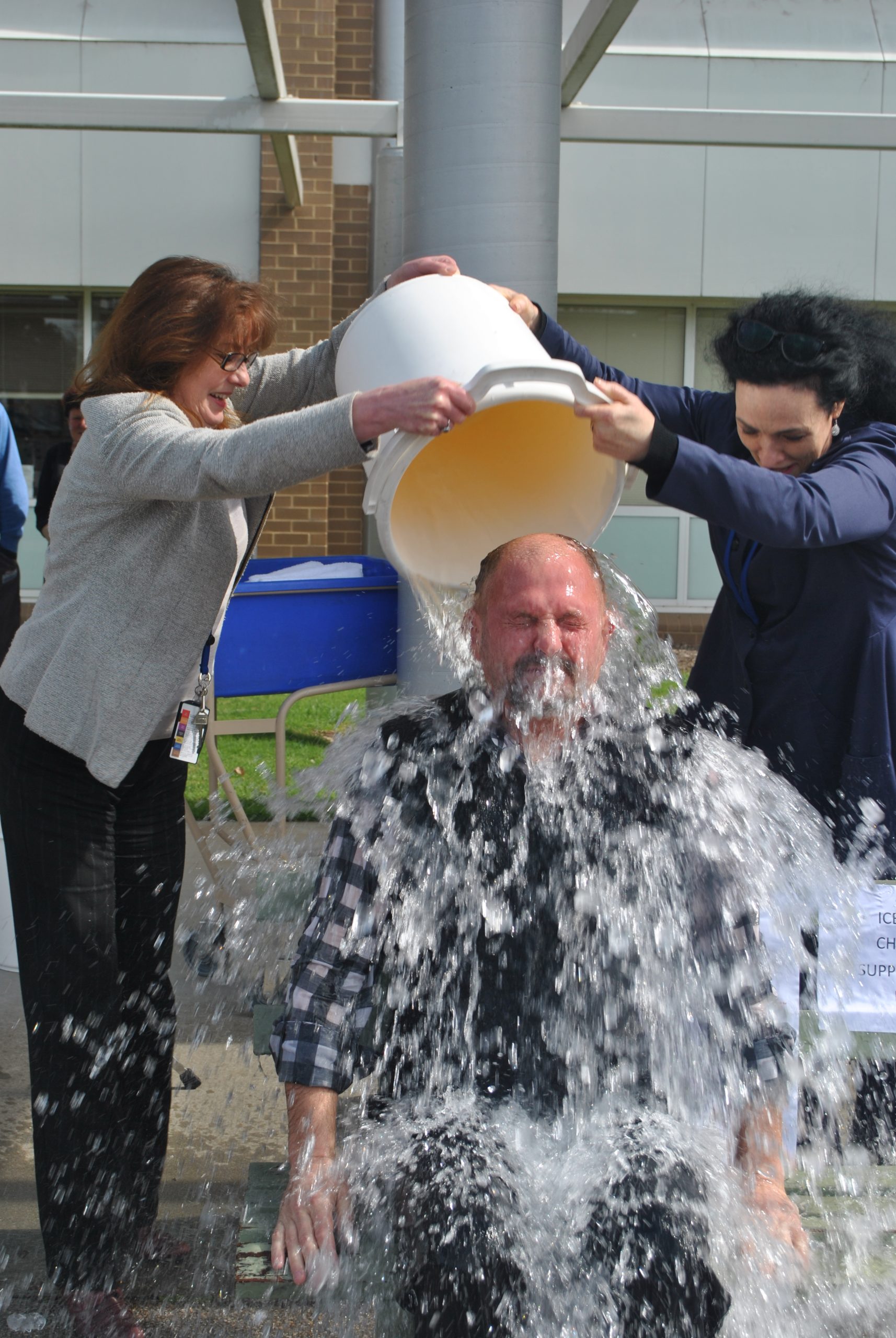 AN auction at Central Gippsland Health Service, Sale, on Thursday had a coveted item on offer.

The highest bidders were given the rare opportunity to pour a bucket of ice water over their employer’s head, without any repercussions.

The ALS (amyotrophic lateral sclerosis) challenge or MND challenge as it is known in Australia, is raising money for people with motor neurone disease.

The popular challenge circulating on social media invites people to take the Ice Bucket Challenge and then nominate three friends or associates to complete the challenge, or make a donation to MND Victoria or another charity.

Dr Evans said he didn’t know he had a choice to make a donation instead of participating, but he said the challenge was for a worthwhile cause.

“They auctioned the buckets and the money from the auction goes to motor neurone disease; it’s a disease that affects a lot of people,” Dr Evans said.

“I got nominated and I had to pick three people to do the challenge, and Frank happened to be one of them,” he said.

“It was a great turnout.”

The auction began with a splash, with $60 offered for the first bucket, $20 and $50 for the second and third buckets and a $200 winning bid made for the final bucket.

Dr Evans said the number of people who watched the challenge and placed a bid demonstrated his popularity at the hospital.

“I think it’s just about the staff getting back at me.”

“Look at them all,” he laughed.

After the challenge, Dr Evans nominated three hospital colleagues, who were each given 48 hours to complete the challenge or make a donation.