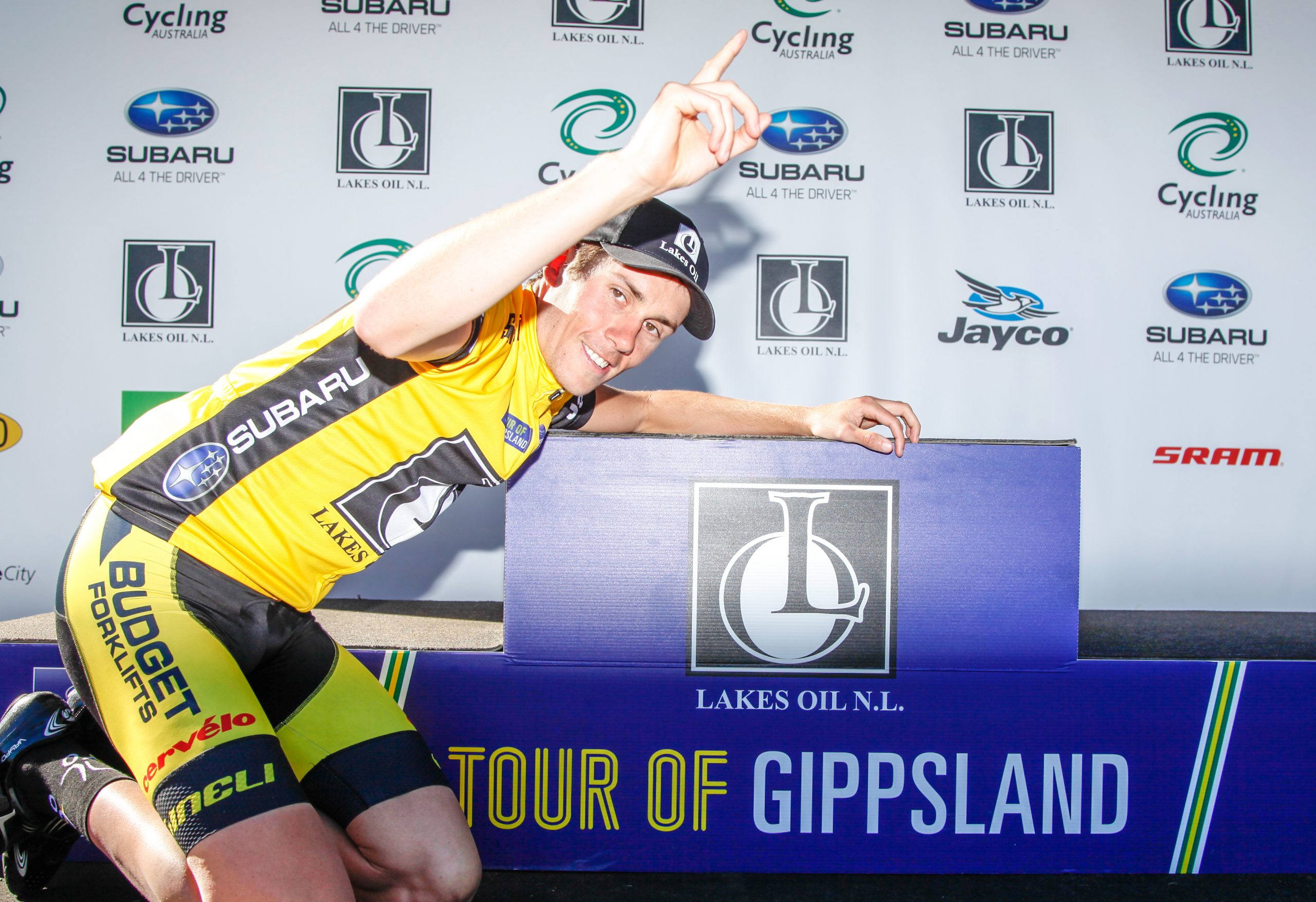 ADELAIDE cyclist Tim Roe has sensationally clinched the Lakes Oil Tour of Gippsland on the final day’s criterium in Traralgon.

Roe claimed the Tour on the final stage after bridging solo to a seven-man breakaway and finishing 11 seconds ahead of overnight tour leader Raphael Freinstein.

“That was amazing. I picked the moment that I thought was the right moment and I just went as hard as I could on the climb and was able to go across to the breakaway,” Roe said.

“I knew if I went to the finish and Cam (Bayly) didn’t win, I would have been in yellow and that was enough motivation to absolutely bury myself.”

Roe began the day two seconds behind Freinstein, and rode aggressively to find himself in the winning breakaway which included general classification contenders Cameron Bayly and Mitchell Lovelock-Fay.

Roe’s victory makes amends for his 2008 Tour of Gippsland campaign, and comes after winning and losing the yellow jersey on the penultimate stage in Metung on Saturday.

“I have a bit of history at the Tour of Gippsland, in 2008 I started the day with a 20 second advantage on GC and lost it in the final day, so to get the lead back today was awesome, a big relief,” explained Roe of Bernard Sulzberger’s 2008 victory.

Roe took out the tour five seconds ahead of Bayly while Freinstein held on for third overall, nine seconds back.

“I saw Tim (Roe) attacking and I tried to close the gap but he was too strong,” Freinstein said.

“We tried to control the race for the first half, and then the big teams started to the put the pressure on us and unfortunately a big group got up the road with three GC riders.

“The team rode awesome and a big thanks to them, I think we can be happy with third,” he said.

“I really wanted this stage,” said Edmondson who won the same stage in 2013.

“To win here last year and after crashing yesterday, I was really motivated. I went to bed last night wishing and thinking about winning here and to be able to do that for the team and myself is just unbelievable.”