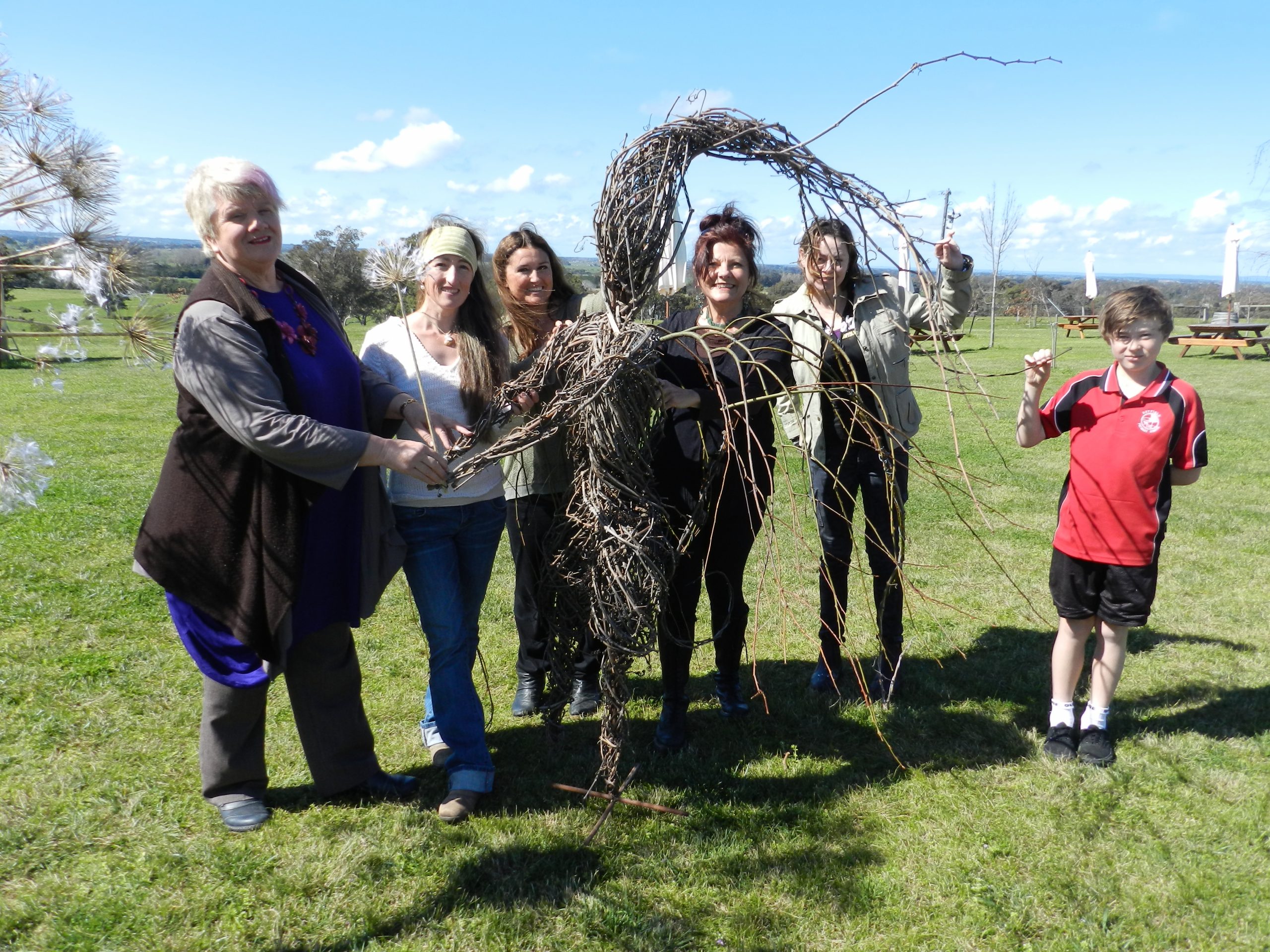 ORGANISERS hope Sculpture in the Vines will become an annual event following the success of the recent inaugural event at Blue Gables vineyard.

Mrs Luxford-Carr said judging had been tough as each piece had its own charm and quality.

“It all started with the arrival of a mystery box with the wine deer in it,” she said.

“From that moment Catherine and I knew we were in for a great weekend.

“The sculptures are amazing; the standard professional and high.

“It has already risen the level for next year.”

“He has created a beautifully made star which shows that any ages can create a successful sculpture of good standing,” Mrs Luxford-Carr said.

Third prize went to Tracey Golder for originality and creativity.

“The flower sculpture is a delight and the word art incorporated gave it a further dimension,” Mrs Luxford-Carr said.

Julie Ward took out second prize with her fish sculpture, while Heather Harrington received a special mention for her creation, with many punters commenting the resemblance to emperor penguins.

“The (fish) sculpture is el grande and full of character,” Mrs Luxford-Carr said.

“The size is what we were hoping for and it could be placed in any corporate foyer.

“Special mention goes to Heather for her elegant sculpture.

“It’s simplicity and tension between the two parts is wonderful and who could not love the pair by Janet (Glanville).”

But it was Anikka Godfrey’s creation that caught the judges’ eyes, taking first prize.

“The fairy making the dandelion is divine,” Mrs Luxford-Carr said.

“It tells the whole story.

“All of the sculpture has been thought out, from the internal structure to the intricate weaving of the canes to the fluffy delights of the dandelion.”

Ms Godfrey said her mind was already buzzing with ideas for next year’s event, while Jake said he would return to make a drum kit sculpture.

Mrs Hicks said she was amazed by the public interest the event had created.

“We think it’s a first for the area and we want to make it an annual event,” she said.

It is hoped some of the winning creations will be able to be displayed at the Maffra Show.