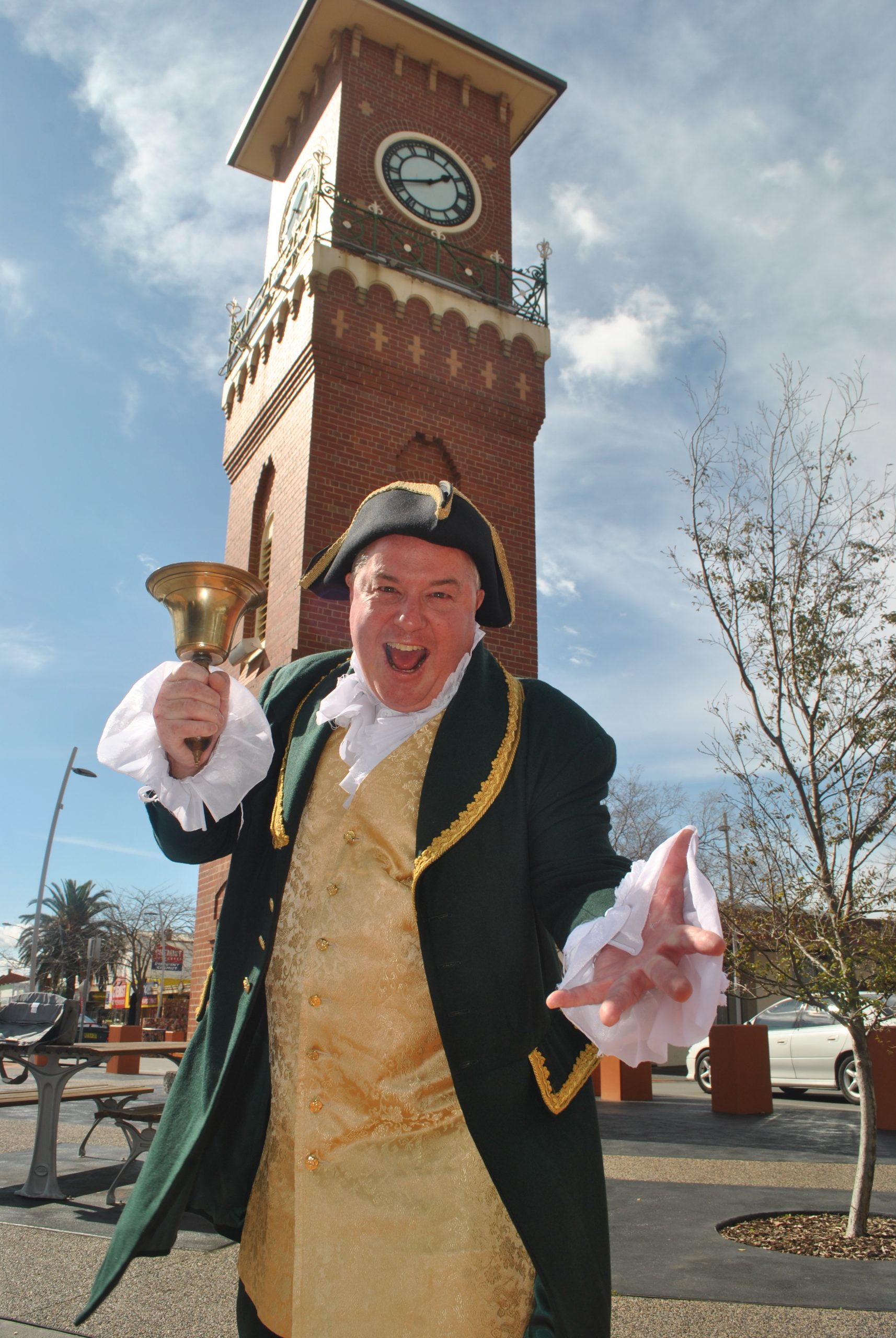 THE human megaphone, Darren McCubbin, can now arguably claim to be among the loudest people in the world.

Many people will know Mr McCubbin for his bellowing voice and extroverted, enthusiastic nature, which makes him the perfect contender for a town crier event.

He first took on the role of town crier more than a decade ago when he was asked to formally open the Sale clocktower in the Sale pedestrian mall.

“They wanted someone to make a lot of noise … and I’ve been doing it ever since,” he said.

Traditionally, a town crier or ‘bellman’ was employed by the town council to make public announcements and carried a hand bell to attract attention.

Held this year in the medieval city of Chester, the World Town Crier Tournament is an invitation-only event where town criers from all around the world come together for a deafening week of competitions and community work.

“You arrive on the Monday and the lord mayor of Chester wines and dines you and then you are sent out into the community.

“They aligned me with DIAL House in Chester, which is a centre for people with disabilities.

“So you actually spend a day with them and that was amazing.”

“It’s fully grown men and women doing this and it’s rather strange, but there’s a set of rules,” he said.

“They judge you each day and then at the end of that, there’s a winner.”

“They wanted to make it a bit different this time so they had three individual competitions so that people could go back to their towns and say they came second on a particular day, which was a good idea.

“I was fortunate enough to come second on the first day; I wasn’t placed on the third day … and then on the Saturday I came second as well, so overall I came in second place.

“This is my best result, but I haven’t competed in a few years.”

Mr McCubbin last competed in 2001 and placed fourth, but said the tournament was more about sharing the experience with other town criers than where he was placed.

“There’s hundreds of town criers around the world, hundreds,” he said.

“Not only do we have the competition …but you also do a lot of stuff in Chester and spend time talking about Gippsland and what it means to live here, which is really nice.

“Chester itself is really nice.

“Every day the town crier does a cry in the middle of town.”

Mr McCubbin is unsure if he would compete next year.

“Maybe my town crier days are behind me,” he mused.

However, he said he would like to go along and cheer for the other Australian competitors.

No doubt his voice will be heard clear as a bell from the sidelines.