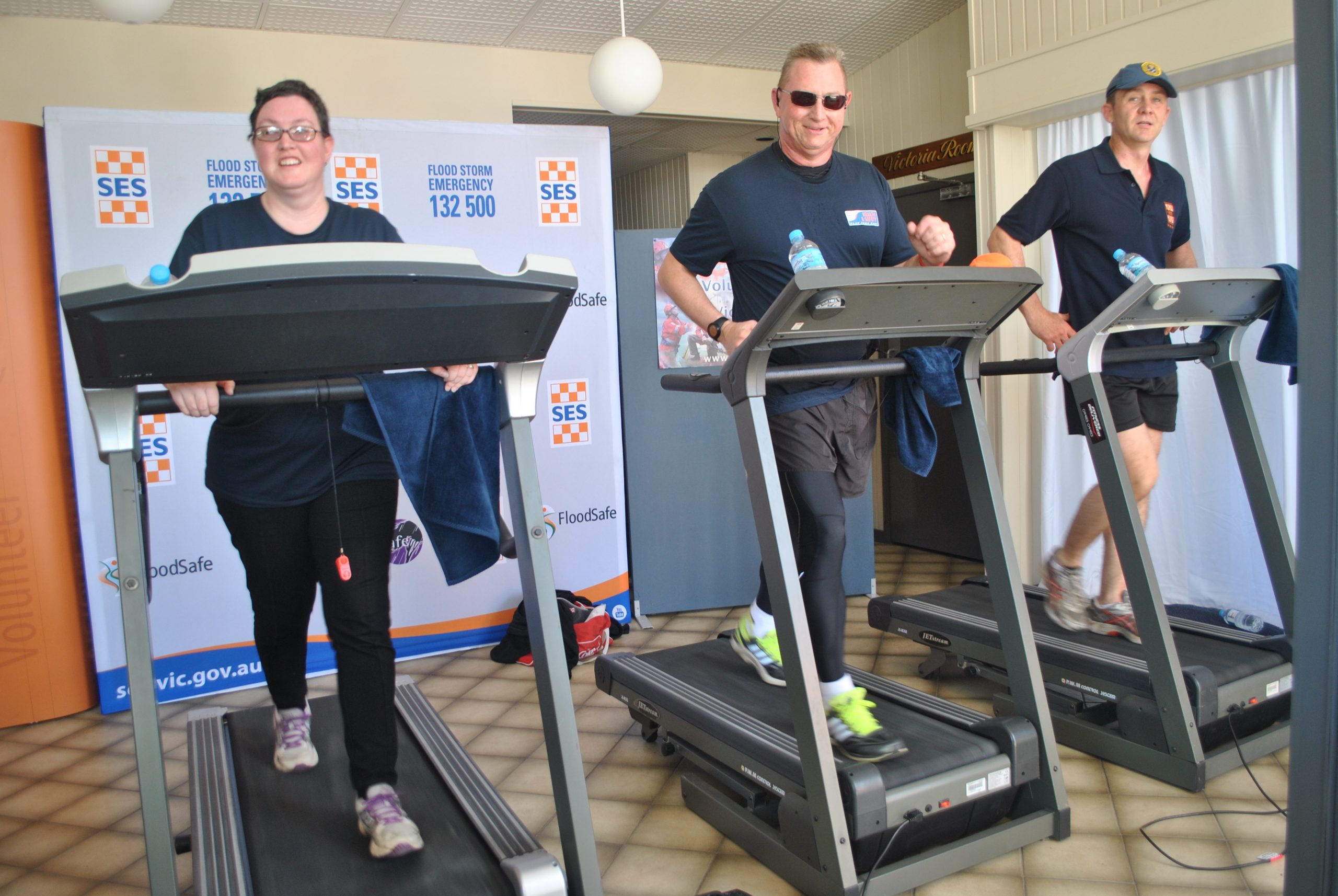 The challenge involved 26 members from the Sale SES Unit running for 24 hours in half hour sessions, with some members running continuously for up to two-and-a-half hours.

“About eight months ago, there was a program that Victoria SES headquarters introduced that was known as a WHIP program, which is work, health, injury, prevention,” Mr Townsend said.

“That was a series of six sessions in which we had sports trainers come out to the unit and run a number of different sessions.

“The better we feel, the better we will be able to help members of the community when it comes to the crunch.

“It’s been a really positive thing.”

Mr Townsend said the challenge was a good way to end the program, and the money raised would go towards buying a four-wheel drive for the unit.

“It means for the first time the unit will have their own asset.”

Mr Townsend said donations could be made by contacting the SES Sale Unit.